Death Said the Gypsy Queen: A Lily Gayle Lambert Mystery plus a Giveaway! 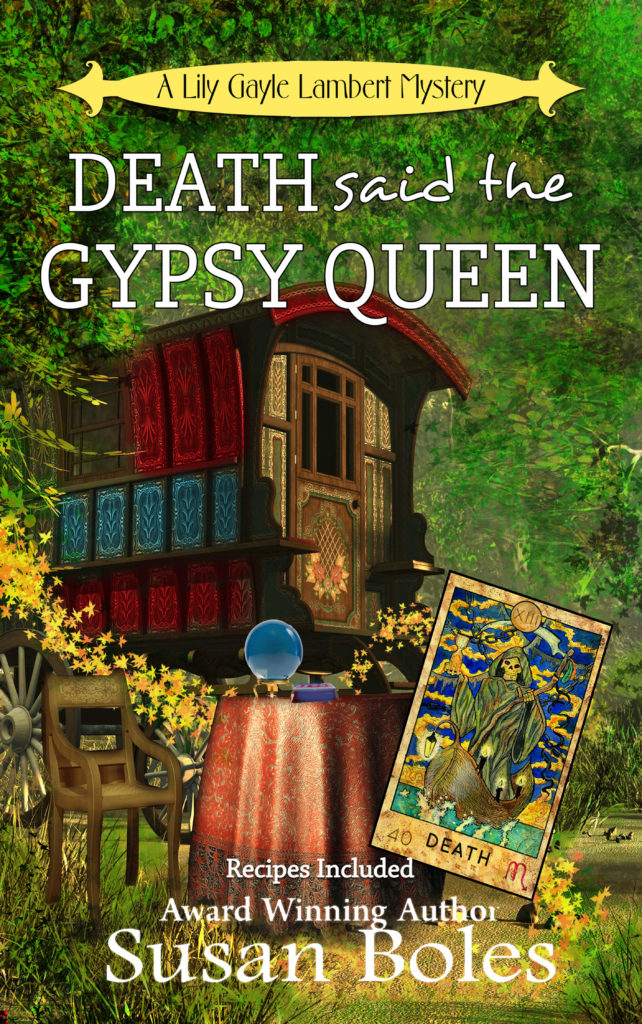 Death said the Gypsy Queen: A Lily Gayle Lambert Mystery
Cozy Mystery
4th in Series
Argent Ocean Publishing
Number of Pages - 210
Not up on GoodReads yet
"Beware the sign of the vampire blood," said the fortune teller. "It brings madness and turmoil."

Lily Gayle knows what that means, but, for the life of her, can't figure out how the fortune teller does. A quick road trip with Dixie. An unplanned stop at a roadside park. And, an hour later a dead body. Lily Gayle, Dixie and Miss Edna find themselves knee deep in another homicide investigation when the local vet assistant turns up dead behind an outbuilding at the farmers market. Lily Gayle believes the words of the fortune teller will have a major impact on the investigation but can't bring herself to tell the other ladies. To reveal what she believes the words mean might bring trouble to another old friend. And would betray a trust. Only Ben knows and he, as usual, advises Lily Gayle to stay out of his investigation – which she isn't about to do.  When the secret is revealed, the townspeople go mad and the fortune tellers words come true. Can Lily Gayle, Dixie and Miss Edna solve the murder before more people are harmed?

Susan is the award-winning author of the Lily Gayle Lambert Mystery Series and a contributing author to the Brotherhood Protectors World. 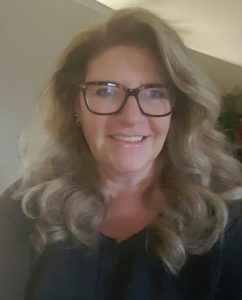 A lifelong long love of all things mysterious led Susan to write cozy mysteries. Nancy Drew and Trixie Belden were the first to show her that girls can be crime solvers. Agatha Christie showed her that even small towns have big secrets. And Phryne Fisher showed her lady detectives can be outrageously individual. She lives in Mississippi with her rescue mini dachshund, Lucy, and her rescue cat of no particular breed, Zimba. She currently writes the Lily Gayle Lambert mystery series set in the fictional town of Mercy, Mississippi featuring a multi-generational cast of female sleuths and romantic suspense in the Brotherhood Protectors Kindle World.  Susan writes mysteries and set in the big city of Memphis, TN and the fictional small town of Mercy, Mississippi.


Death said the Gypsy Queen by Susan Boles is the fourth book in A Lily Gayle Lambert Mystery series.  Lily Gayle has decided it is time to return to driving and retrieves her car from a friend in Oxford.  Along the way home, Dixie and Lily Gayle pull into a rest stop where they see a colorful gypsy wagon.  Angela, the gypsy, reads Lily Gayle’s cards and tells her “beware the vampire blood . . it will bring chaos and misery to you and yours”.  After departing Angela, the pair stop at the farmer’s market.  They hear a scream and race over to find Larry Gordon dead with a wooden stake protruding from his chest.  Lily Gayle is afraid the investigation will lead back to Vlad Templeton and his research project.  Ben hopes Lily Gayle will leave the investigating to him, but he knows there is no dissuading her.  Lily Gayle, Dixie, and Miss Edna (she insists on being involved) need to work quickly and find the guilty party before they strike again.

Death Said the Gypsy Queen is available for pre-order on Amazon.  It will be out on September 15. The other books in A Lily Gayle Lambert Mystery series are Death of a Wolfman, Cherry Cake and a Cadaver, and Death at the Midnight Dragonfly.  You can enter the giveaway here or use the Rafflecopter form below.  Make sure to leave on a comment on my blog for an extra entry.  Tomorrow I will be sharing my review of Christmas is for Children by Rosie Clarke.  A British historical novel that will take readers back to 1932.  I hope you have a joyous day.  Take care of yourself and Happy Reading!

September 5 – Escape With Dollycas Into A Good Book – GUEST POST

September 14 – I'm All About Books – SPOTLIGHT