A Night's Tail by Sofie Kelly: Review, Excerpt and Giveaway!

About A Night's Tail

Librarian Kathleen Paulson's brother, Ethan, and his band, The Flaming Gerbils, are spending some time in Mayville Heights. Ethan and his band-mate Derek, are giving a song-writing workshop at the St. James Hotel when they stumble upon the body of Lewis Wallace. The former football player was considering the town for the site of his newest business venture. However, not everyone was a fan of the brash ex-athlete, who had a failed business, some disgruntled customers, and several lawsuits in his past. Did he make a new enemy, or did Lewis Wallace's past finally catch up with him? It's up to Kathleen—with some furry assistance from her talented cats, Owen and Hercules—to figure out who was trying to settle the score.

Sofie Kelly writes the New York Times bestselling A Magical Cats Mystery series that feature librarian Kathleen Paulson and her two very special cats, Owen and Hercules, who have a magical knack for solving crime. As Sofie Ryan she is the author of the New York Times bestselling A Second Chance Cat Mystery series. She lives on the east coast with her husband and daughter.  For more information about the author and her novels, visit her website. 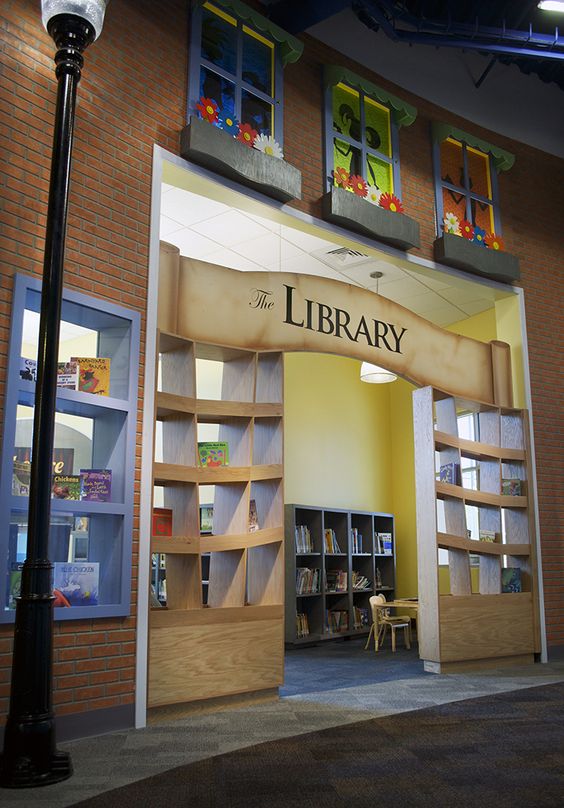 
A Night’s Tail by Sofie Kelly is the eleventh A Magical Cats Mystery and a joy to read.  I like the author’s casual and engaging writing style.  I was quickly drawn into this cute cozy mystery with librarian, Kathleen Paulson and her two magical cats, Hercules and Owen.  The beginning with Mary is hysterical (I do not want to spoil it for you).  Kathleen’s brother, Ethan is visiting town with his band, The Flaming Gerbils.  The group recently lost one of its members to art school, so Derek Hanson has been playing with them.  Derek ends up the top suspect in a businessman’s murder after having an altercation with him at a bar.  Ethan asks Kathleen to prove Derek’s innocence.  Kathleen soon finds the victim had a checkered past which leads to multiple suspects.  There are good clues to help readers in solving the whodunit before Kathleen zeros in on her quarry.  The cats help guide Kathleen along the way and provide some pivotal clues.  There are charming cozy moments as Kathleen spends time with brother, enjoys outings with friends, plans a quilt show at the library, dates with her boyfriend, and interacts with her cats.  Owen and Hercules are cute and clever felines.  I like how Kathleen talks to them (uses them as a sounding board) and they respond with their little noises.  Owen, of courses, manages to dismember a catnip chicken or two (he is addicted to catnip much to his brother’s disgust).  Kathleen finds it is time to tell Marcus about his feline’s special ability, but she is not sure how he will react to the news.  If you are new to A Magical Cats Mystery series, I recommend reading Curiosity Thrilled the Cat first.  It will provide you with needed background information.  I wish there had been less repetition of case details as Kathleen shares what she has uncovered with others and discusses the case with her cats.  I had to laugh when Kathleen called Owen and Hercules “two mooching furballs” as they tried to acquire human food from Ethan (I had a cat like that).  A Night’s Tail is a spellbinding tale with a catnip chicken catastrophe, quilt show quandaries, a cookie calamity, and a busy brother with a bothersome bandmate. 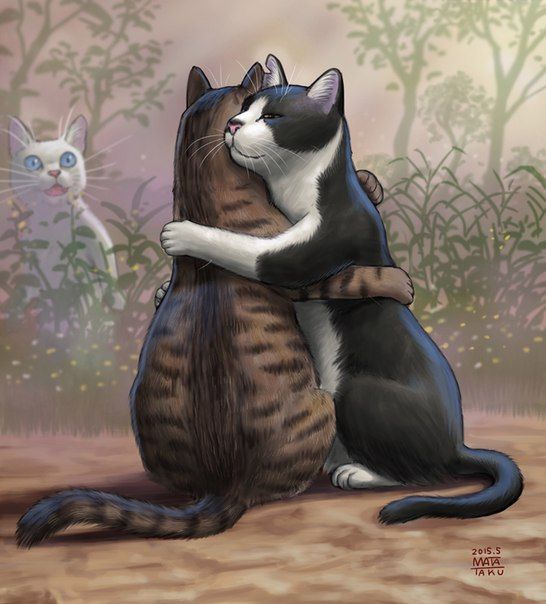 
We stayed for the band’s second set and then headed home. Brady offered to drop off Milo and Derek at the bed-and-breakfast where they were staying but it was a nice night—clear and just a couple of degrees below freezing and they decided to walk down. Marcus, Ethan and I squeezed into the front seat of my truck. 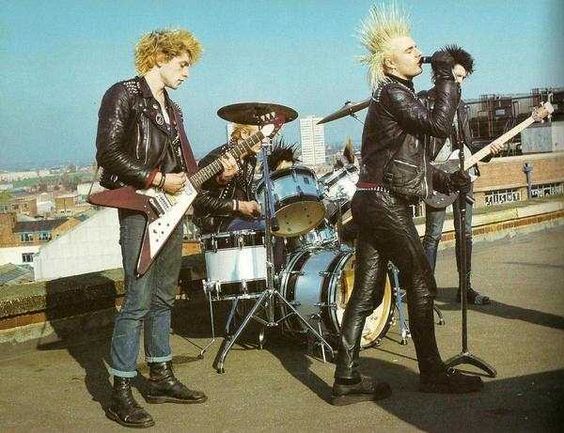 “Is there going to be kissing?” Ethan asked, when I pulled in the driveway at Marcus’s house. He squished his face and pulled his shoulders up around his ears. He was sitting in the middle between Marcus and me. “Yes, there’s going to be kissing.” I leaned across him, covering his eyes with one hand, and gave Marcus a quick kiss.

“I’ll call you after practice,” he said.  Marcus was helping coach the girls’ high school hockey team. They were just one win away from making it to the state finals. I nodded. “Good to see you, Ethan,” he added and climbed out of the truck. 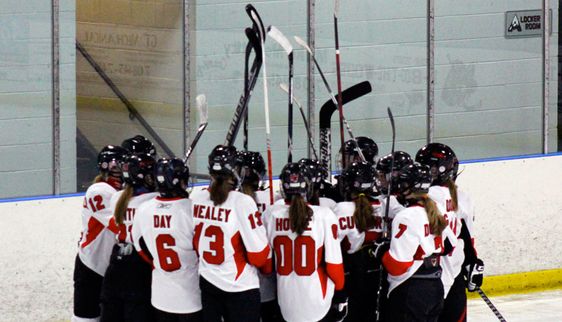 “Is it safe to look?” Ethan asked. I’d already dropped my hand. He opened one eye, squinting at me. “I don’t want to see anything that might scar my psyche. I’m very sensitive.”  “You’re very something,” I said. I straightened up and put the truck in gear. Ethan slugged my shoulder with a loose fist and laughed. “C’mon, Kathleen, you know you’ve missed me.”

“Like a root canal,” I countered as I backed out of the driveway. “Like fingernails on a chalkboard.” We’d been doing this routine for years. “Do they still have chalkboards?” Ethan asked.

“Like a colonoscopy. Like Mom’s hot cross buns.” Our mother’s hot cross buns were legendary. They looked like they belonged in an issue of Bon Appétit. But they were harder than a concrete paver. Dad had literally chipped a tooth on one of them, although as far as Mom was concerned the tooth had a weak spot and the fact that it broke when he took a bite of—or at least tried to take a bite of—one of her hot cross buns was just an unfortunate coincidence. 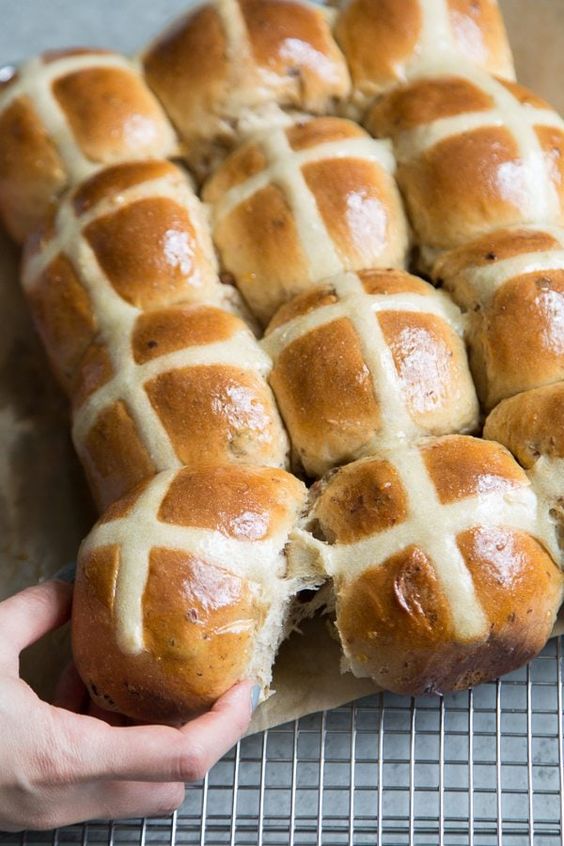 Ethan narrowed his eyes at me. “Ooooh, Mom’s hot cross buns. Burn.” I glanced over at him, head back against the seat, fingers tapping a rhythm on his leg that only he could hear, and I was hit with a wash of homesickness, like someone had just upended a bucket of water over my head. I missed them: Mom, Dad, Sara and Ethan, even though he was right here beside me.

It wasn’t easy being so far away from Boston, from all of them. Not that my family were always in Boston. Ethan was on the road a lot with the band. Sara’s work as a makeup artist and filmmaker had her traveling more and more, and while Mom and Dad were teaching, they still went where the acting jobs were, which in my mother’s case meant Los Angeles a couple of times a year for a recurring role on the daytime drama The Wild and Wonderful.

On the other hand I had a life now in Minnesota, a life with Owen and Hercules, my cats, with Marcus and Maggie and a group of friends I’d miss just as much as I missed my family now if I went back to Boston.  “Hey, I never did ask,” Ethan began. “Did you know that dipwad in the bar?” I shook my head. “No, I don’t know him, at least not personally. He’s here in Mayville Heights to maybe start a business.” 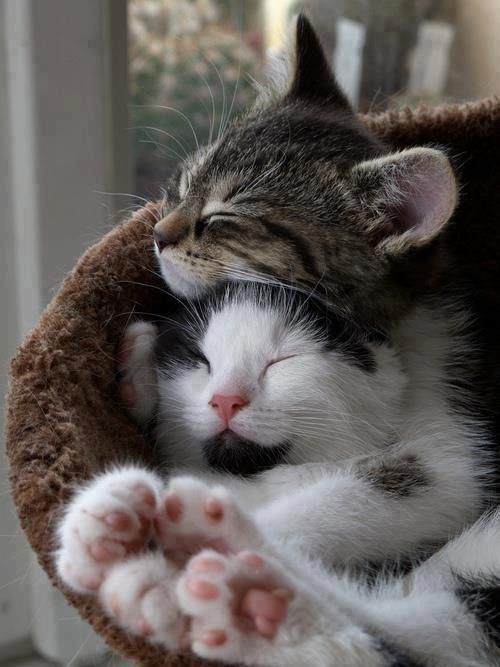 “You get some interesting people in bars,” Ethan said. “When we played in Chicago this woman got up on her chair, whipped off her shirt and started dancing. Then she yelled at me to come give her an autograph.” “I think that makes you a certified rock star,” I teased, “being asked to autograph a woman’s bra.”  Ethan raised an eyebrow just the way I sometimes did, à la Mr. Spock from Star Trek. “I didn’t say she had a bra on under her shirt.”

“Ewww,” I said with a shudder. “Now my delicate psyche is scarred.”  Ethan shook with laughter. “She was wearing a tank top. And I signed the back of it!” He spent the rest of the drive home sharing all the weird things he’d been asked to autograph, including a bald guy’s head and the top of a toilet tank. I laughed so much I got hiccups and I forgot all about drunks in bars. 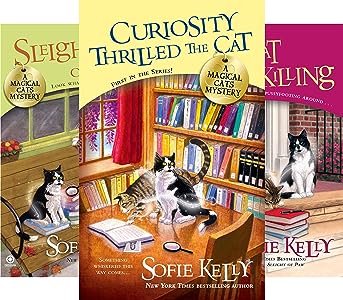 A Night's Tail is available at Amazon (Amazon UK), Barnes and Noble, and Indiebound.  You can find a complete list of A Magical Cats Mystery novels here.  Do not forget to enter the giveaway for a fabulous cat surprise package that includes a hardcover copy of A Night's Tail.  You can enter here or via the Rafflecopter form below.  Good Luck!  Thank you so much for dropping by today.  I will return tomorrow with my review of Buried in the Stacks by Allison Brook.  May you have an enchanting day.  Take care and Happy Reading!

September 13 – The Power of Words – REVIEW

September 14 – I Read What You Write – REVIEW

September 16 – Cozy Up With Kathy – INTERVIEW

September 16 – Reading Is My SuperPower – SPOTLIGHT

September 20 – Escape With Dollycas Into A Good Book – REVIEW 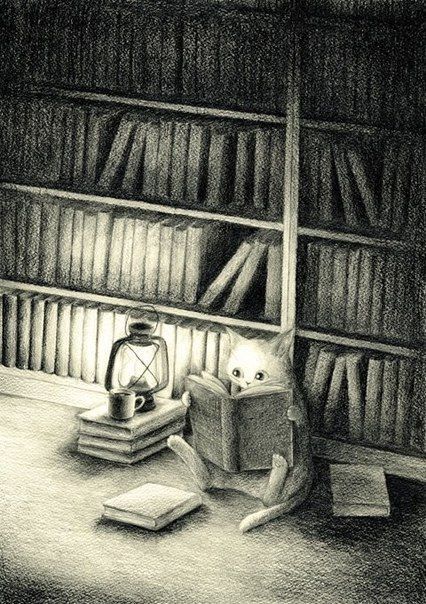