The Quiet Ones by Theresa Talbot: Excerpt and Review 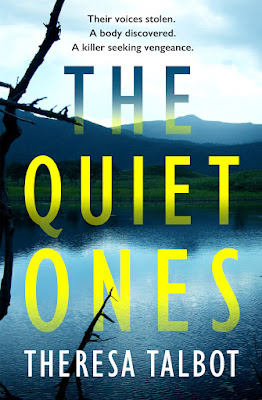 Welcome!  Theresa Talbot is a freelance writer, journalist and radio presenter.  She is best known as the voice of Traffic and Travel on BBC Radio Scotland and as the host of The Beechgrove Potting Shed.  Before working on BBC, Theresa was with Radio Clyde and the AA Roadwatch team.  She worked a variety of jobs before entering the media field which include an assistant in a children's home, a library assistant, and a Pepsi Challenge girl.  Theresa ended up at BBC thanks to a conversation she overheard on the No. 66 bus in Glasgow (eavesdropping can pay off).  Theresa's likes to rescue chickens, garden, listen to music and do yoga.   Theresa Talbot is the author of The Oonagh O'Neil series which features The Lost Children, Keep Her Silent and The Quiet Ones.  All three books are available through Kindle Unlimited.  Readers can follow with Theresa on Facebook and Twitter. 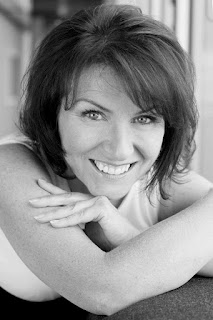 If only someone had listened...

When the supposed suicide of famous Scottish football coach Harry Nugent hits the headlines, the tabloids are filled with tributes to a charitable pillar of the community that gave so much back to sport and to those less fortunate.
But something isn't right. Normally celebrities are queuing up to claim to have had a very special relationship with the deceased, but investigative journalist Oonagh O'Neil is getting the distinct impression that people are trying to distance themselves from Harry.
Oonagh's investigation leads her to uncover a heartbreakingly haunting cover-up that chills her to the core... and places her in mortal danger from those willing to protect their sadistic and dark secrets at any cost... 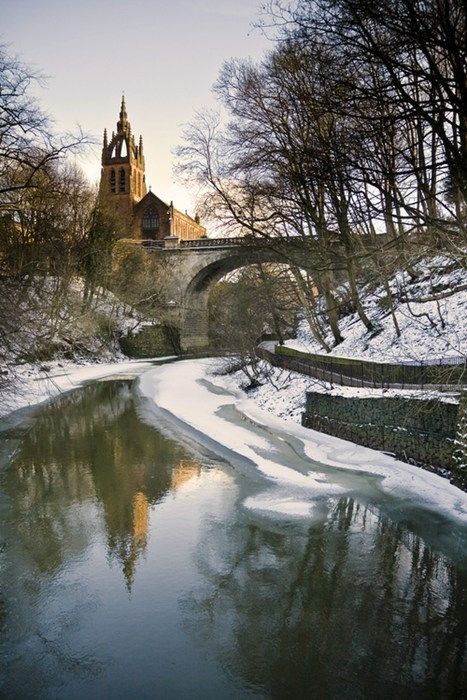 The Quiet Ones by Theresa Talbot is the third book in The Oonagh O’Neil series.  Oonagh O’Neil is a television journalist in Glasgow, Scotland who is being shoved off the anchor desk for the latest new young thing.  While Oonagh resents it, it does give her the opportunity to do more in depth pieces since she does enjoy research and production.  Oonagh has a troubled past that continues to haunt her and has her overindulging in alcoholic beverages.  To make matters worse, a certain gentleman with the Glasgow police seems to be ignoring her.  When Oonagh learns that Harry Nugent’s death is the result of foul play, not a suicide, she sees the possibility of a series.   Despite not having official permission to do her story, Oonagh begins digging into Harry’s life.  While Harry’s life appeared squeaky clean on the surface, Oonagh soon discovers that the man had a nasty predilection and she wonders if this is what got him killed.  The more Oonagh digs, the more dirt she uncovers.  The Quiet Ones deals with a sensitive subject and I am glad that the story did not go into detail.  Oonagh is an older protagonist which I appreciated (I can relate more since she is closer to my age).  Oonagh has established connections and is a good researcher.  People seem to open up when she talks to them which helps her get juicy tidbits.  The mystery was complex with new details emerging as the story progresses.  I like how murder is multifaceted and we get information from various sources including flashbacks.  The tension built the further I got into the book and as Oonagh finds out more about Harry’s personal and business dealings.  My favorite phrase from The Quiet Ones deals with Harry and is “up to his eyes in something brown and smelly.”   I do want to let readers know that, unfortunately, there is extensive foul language.   The author’s detailed descriptions allowed me to visualize the characters and the scenes.  I recommend reading The Oonagh O’Neil books in order so you can get the background on Oonagh.  The ending will have your jaw dropping in shock. 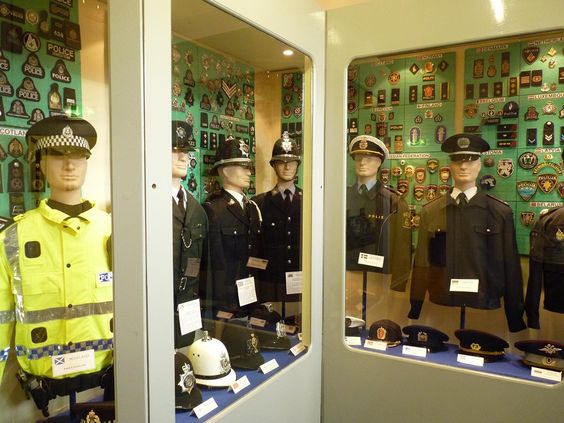 Excerpt from The Quiet Ones

They’d pulled out all the stops with this one. One of Scotland’s most prominent businessmen found hanging from a rope with his tongue cut off was major-league, even for Glasgow. Alec Davies stood at the front of the incident room, a mixture of plain-clothed and uniformed cops filling the front two rows, Jim and Toria slightly to his left. He’d already gone over the bare facts, which were scant to say the least, not that that stopped press speculation. Hardly surprising really. They were baying for blood and demanding answers. Davies wondered what the collective name for photographers was. He’d managed to avoid the mob this morning only because he’d stayed overnight at the station, grabbing a couple of hours’ shut eye before trying to drag himself awake with a shower and a shave. 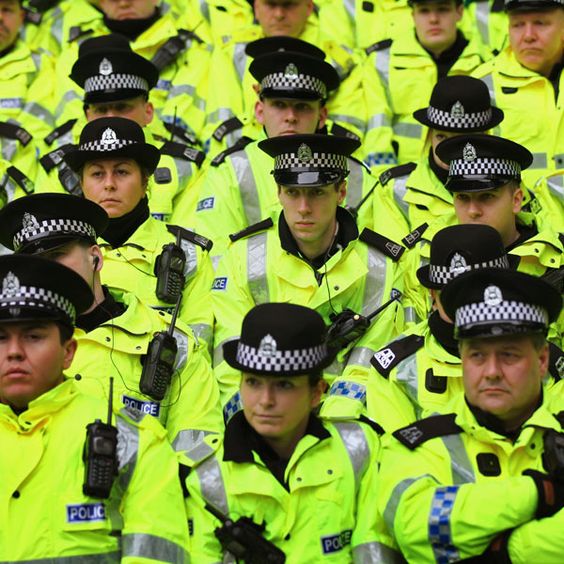 This wasn’t going to be easy and the Chief Constable would have his balls on a plate if he didn’t shut this one down quick style. Despite the press speculation that the streets of Glasgow were no longer safe as long as this crazed killer was on the loose, Davies doubted they would strike anywhere else. This killer had targeted Harry Nugent for a reason and was unlikely to be a danger to anyone else. But they were still dangerous – make no mistake. He took a strange comfort in the fact, however, that in the wake of such a horror the streets were indeed safer – for a few nights at least – as revellers cancelled plans, and even the die-hard neds chose instead to stay where they knew they’d be safe. 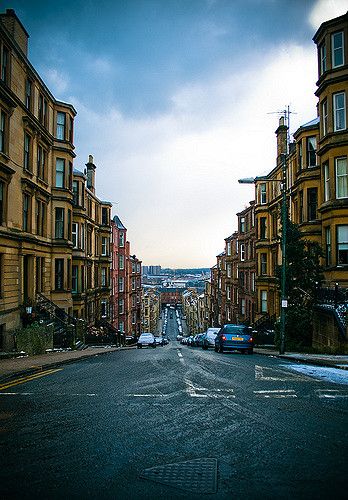 Behind him, the incident board read like a who’s who of Scottish sports stars, as well as the usual suspects. Family, close friends, relatives, anyone who’d been connected with Nugent. But it was now running into hundreds of people. 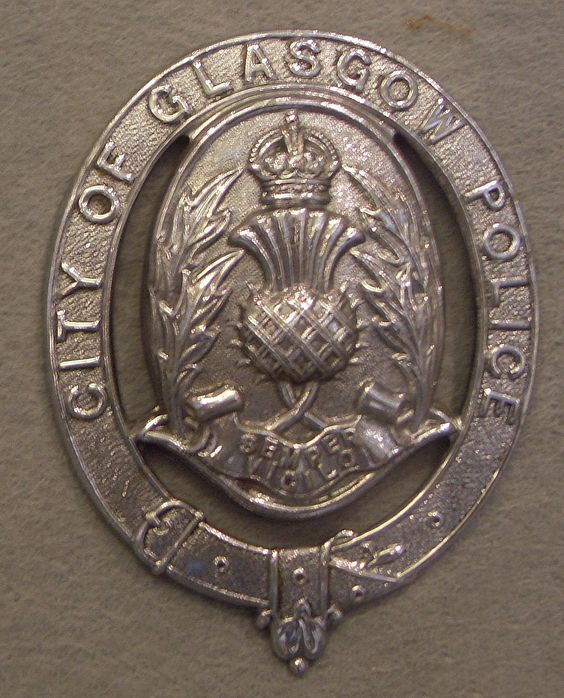 They were waiting for the full post-mortem report, but he’d spoken to the pathologist earlier. Rosemary Gardner was the best they had. Her initial findings were that Nugent had been drugged, then died from asphyxiation through hanging. Lesions around his wrists and his ankles suggested plastic ties had been used as restraints. Despite a detailed search, the ties had not been found, suggesting the killer took the time to remove them. His tongue too, had been sliced off post-mortem, which would account for the lack of blood and the fact his wife had initially thought it was suicide. This was no frenzied, random attack. Nugent had clearly been up to his neck in something, had clearly pissed off someone big style. This was some fucking grudge which bore all the hallmarks of a gangland-style execution. 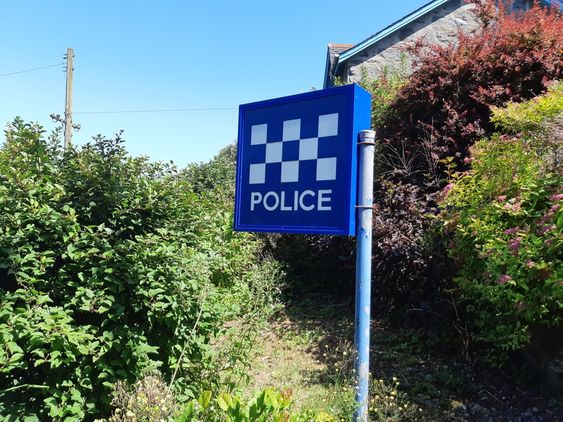 ‘The killer might well have paid some heavies to do his dirty work for him.’ Toria looked shattered; Davies guessed she didn’t get much sleep last night. ‘It’s a bit of a high-risk strategy doing that lot on your own… and besides…’ ‘Stating the bleeding obvious…’ DS Gilroy shifted in his seat. Davies had worked alongside him in the same station, on and off, for years. 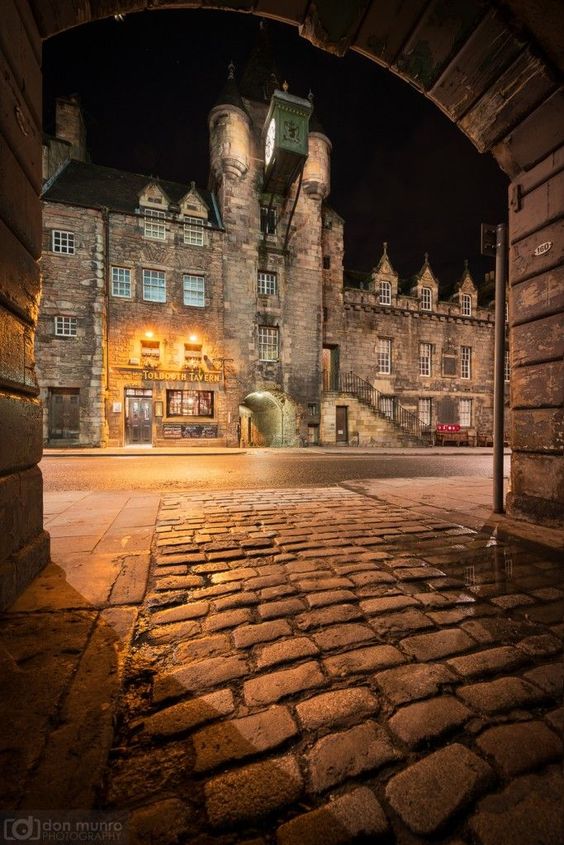 ‘Yeah,’ he replied, ‘but she did state it, which is more than you’ve done so far, Gilroy, so can we just work together on this one?’ Davies checked Gilroy’s smirk as he glanced around the room. You could read a lot into one expression, and from the look on Gilroy’s face came the suggestion that Davies fancied Toria and was cutting her more than the usual bit of slack. He felt weary, and not just because of this case. The thought of coming across as a sad old git fancying a girl young enough to be his daughter, or granddaughter in some parts of Glasgow, left a bitter taste in his mouth. Truth was she was a good copper; she had an unusual way of looking at things and Davies knew that a fresh eye could often see minor details that a jaded eye could miss. Davies caught Gilroy’s eye and mouthed fuck off under his breath before continuing. 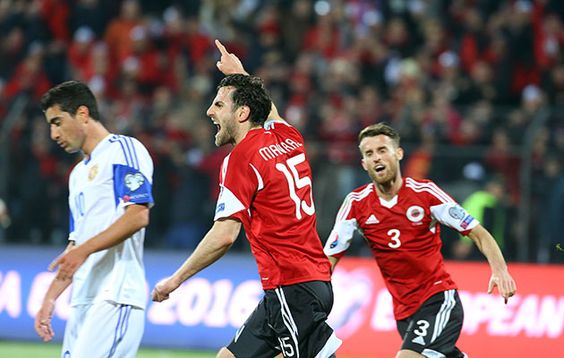 The Quiet Ones is available at Amazon (Amazon UK), Kobo, Google Play and iBooks.  Thank you for joining me today.  I hope I have helped you discover a new author and series of books.  Tomorrow I am reviewing The Girl Who Loved Ghosts by K.C. Tansley.  It is the third book in The Unbelievables series.  I hope you have a stellar day.  Take care and Happy Reading! 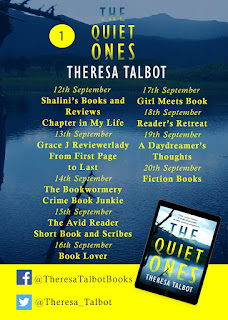 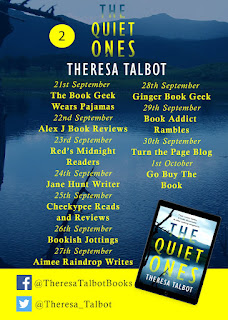