Stamped Out by Tonya Kappes

Happy Monday!  I hope that you had a lovely weekend.  Murder at the Courthouse by Meghan Carver*is out today.  It is a charming new Christian cozy mystery.  Murder Can Mess Up Your Masterpiece by Rose Pressey releases tomorrow (October 29) along with Coached to Death by Victoria Laurie.  There are some delightful new cozy mysteries coming out over the next several months. 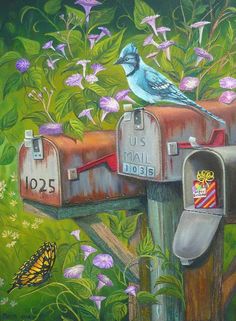 Stamped Out by Tonya Kappes has readers visiting Sugar Creek Gap.  Bernadette Butler is a widow of ten years with a married son who teaches at the local high school.  She returned to work as mail carrier after her husband’s death and enjoys the downtown mail route.  On her route that morning, Bernadette learns the town is up in arms because Chuck Shilling is selling his share of the Sugar Creek Gap Country Club to Bernadette’s friend, Mac Tabor.  Mac has plans to erect condos and the residents are against the development.  The next day, Bernadette stops to feed her duck friend at the bridge and discovers the body of Chuck Shilling.  Mac is taken to the station for questioning by Sheriff Angela Hafley when a neighbor reports that Mac had a public argument the night before with the victim.  After the murder weapon is found in Mac’s front flower bed, Sheriff Hafley arrests Mac.  Mac has been a good friend to Bernadette, and she know that he is innocent.  Bernadette’s job allows her to be privy to town gossip which will be helpful in proving Mac’s innocence.  Can Bernadette deliver the killer to Sheriff Hafley before Mac is railroaded for the crime? 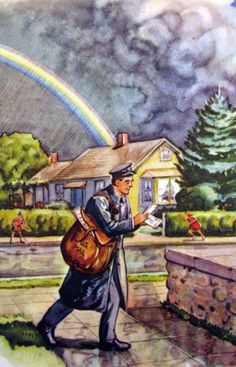 Stamped Out by Tonya Kappes is the debut novel in A Mail Carrier Cozy Mystery series.  Bernadette Butler is an older protagonist which I appreciate.  I like that we are seeing main characters that are in their 40s and 50s.  Bernadette is a widow who is a local mail carrier and lives with a cat.  Bernadette’s son, Grady is an English teacher at the local high school as well as the football coach.  His wife, Julia works as Mac Tabor’s secretary.  Bernadette’s parents own The Wallflower Diner in downtown Sugar Creek Gap. Sugar Creek Gap is a charming small town with quaint shops and variety of residents.  The Front Porch Ladies (Henriette, Ruby, Millie and Gertrude) are a group of older women on Bernadette’s route that are curious by nature bunch.  They see and hear everything that happens on the street where they live which comes in handy when Bernadette needs some helpful gossip.  The whodunit involves the death of Chuck Shilling after he agreed to sell his shares of the Sugar Creek Gab Country Club to Mac Tabor.  Mac mistakenly mentioned that he plans to erect condos.  Many people object to Mac’s development idea.  There are protests, signs, picketing and a murder.  Chuck is shot and the killer has framed Mac for the crime.  Bernadette intends to prove Mac is innocent and deliver the proof to the police chief.  Bernadette is good at picking up pieces of helpful information and searching for clues.   I did feel the story needed a little fine tuning.  There was a repetition of information and there is mild foul language.  There is a potential love interest for Bernadette.  Bernadette is not sure how she feels about these new feelings.  I enjoyed reading Stamped Out and I look forward to the next book in A Mail Carrier Cozy Mystery series.  Stamped Out is an engaging new cozy mystery with rioting residents, country club conundrum, spray paint scribbling, gleeful gossips, a framed friend and delayed deliveries.
Stamped Out is available in paperback and ebook* (Amazon UK) (on 10/29).  Stamped Out will be available through Kindle Unlimited.  I hope you check out this new cozy mystery.  Tomorrow I am sharing my review of Shot through the Heart by Kate Carlisle.  It is the seventh A Fixer-Upper Mystery.  May you have a smashing day.  Take care and Happy Reading! 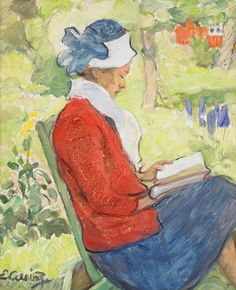