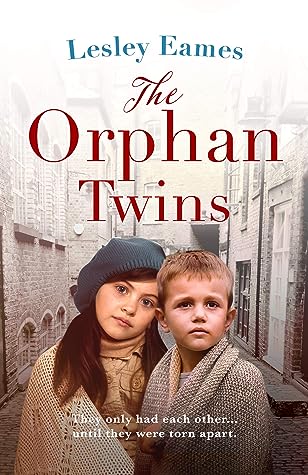 London, 1910. Lily is ten years old when she realizes her grandmother, a washerwoman in the backstreets of London's Bermondsey, is seriously ill. She's determined to do what can she can to help and keep her grandmother's illness a secret – even from her beloved twin, Artie. But Gran isn't getting any better, and there's only so much Lily can do...
When tragedy strikes and the twins are faced with the prospect of a workhouse or an orphanage, a benefactor offers to take Artie in and educate him. All Artie's needs will be taken care of – but the gentleman has no use for a girl. The twins have lost everything they knew and loved, but they never thought they'd lose each other.
As the orphan twins grow up and take different paths, their new lives are beyond anything they could have imagined. Will they ever find a way to be together again? 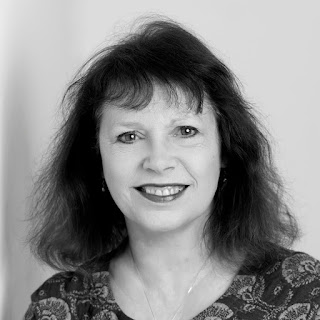 Lesley Eames was born in Manchester but currently living in Hertfordshire, Lesley’s career has included law and charity fundraising. She is now devoting her time to her own writing and to teaching creative writing to others. In addition to selling almost 90 short stories to the women’s magazine market, Lesley has won the Festival of Romance’s New Talent Award and the Romantic Novelists’ Associations Elizabeth Goudge Cup.
Author Links

The Orphan Twins by Lesley Eames is an engaging historical novel.   Lily Tomkins and her twin brother, Artie live with their Gran on Jessey Street in Bermondsey in 1910.  Lily is just ten years old when she notices that Gran is unwell.  Gran passes within a year leaving the twins with just each other.  Artie is fortunate to have found a benefactor in Mr. Crispin Alderton.  He agrees to take in Artie and provide him with an excellent education which will allow him to obtain a good position later.  Lily is sent to Booth’s Cottage Schools in Sevenoaks where she will train for life as a domestic.  The twins will need to work hard to get ahead and fight to keep in touch with each other.  I thought The Orphan Twins was well-written and it moved along at a good pace.  The characters are developed, and I enjoyed following the twins’ journey.  We get to see how differently boys and girls were treated.  The Orphan Twins is told from Lily’s point-of-view.  Lily Tomkins is smart, and she knows that she wants more out of her life.  Artie is given a great opportunity (one Lily would have loved) and Lily encourages Artie to accept it.  The education of a boy was considered a higher priority than that of a female.  We get to see the differences in the twins’ lifestyle.  I thought the author captured the time-period with the clothing, books, attitudes, and historical events.  There are great descriptions of London and the scenic places the characters visited.  Lesley Eames brought the setting to life with her vivid word imagery.  The Orphan Twins is an emotional novel about love, family, trust, friends, and hope.  We get to see good times and the bad (make sure to have tissues handy).  The ending was just lovely.  My favorite phrases from The Orphan Twins is, “It isn’t how much money a person has that matters.  It’s what’s in their hearts.”  The Orphan Twins is a captivating historical novel with a raging war, fine friends, tons of tea, romantic despairs, ingenious ideas, and steadfast siblings. 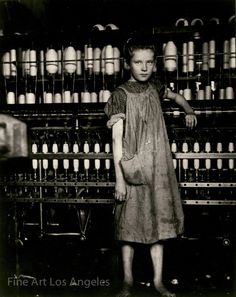 
‘How much would this errand cost?’ Mr Higgins asked, when Lily took his washing round and announced that she was running errands for people.

‘Just a halfpenny,’ Lily told him. None of their neighbours were rich so she knew she was unlikely to get any business if she asked for more. ‘I can fetch things like cigarettes and milk or shoes from the cobbler. Or I can post letters. You know you can trust me. I’m Maggie Tomkins’s granddaughter, after all.’

‘Hmm.’ He gave her a long look as she stood before his chair, hands clasped behind her back. ‘All right. You can fetch me ten Woodbines from Welby’s. Be quick about it or I might think you’ve gone off with my money.’ 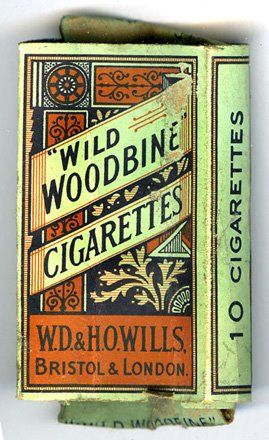 He gave her two shillings. Lily raced to the corner shop, bought the cigarettes and raced back to hand them to Mr Higgins along with his change which he counted carefully. ‘You haven’t taken your halfpenny,’ he pointed out.

‘I thought I should wait for you to give it to me.’  He pushed a halfpenny across the table and Lily picked it up. ‘Thanks. Maybe I’ll call tomorrow and see if you have any more errands for me.’
‘I’m not promising I’ll have any.’

‘I suppose you can. Knock on the window and I’ll beckon you in if I need you.’

Lily took the halfpenny home and wrapped it in an old sock. By the end of the first week she had seven halfpennies in there – three from Mr Higgins, two from his neighbour, Mrs Platt, and two from Mr Wright across the road.

Gran seemed no worse but neither did she seem any better. She was eating little and looked terribly tired in unguarded moments. She also looked deeply relieved for all the help Lily was giving but she fired up one afternoon when she and Lily were alone and Lily asked, ‘Feeling all right, Gran?’ ‘’Course I am!’ Gran insisted. 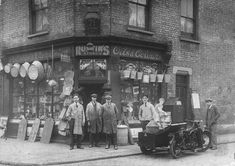 Lily regretted asking the question because Gran got up and busied herself instead of resting for a moment over a cup of tea. Lily was sure Gran still wasn’t back to her old self, but some illnesses took a while to pass and Lily hoped Gran’s was one of them.

Even so, she made it known to her customers that she was available for errand-running in the mornings too. It meant getting up very early to fill the copper and set it to boil, put washing in the dolly tub or the old tin bath to soak, mix starch, scrub grubby collars and cuffs, and eat breakfast too, moving quickly while trying to look as though she wasn’t rushing at all.
She encouraged Artie to leave for school sooner than was really needed by suggesting he’d like to play with his pals then, as soon as he’d joined them, she’d say, ‘Don’t be late,’ and hasten away as though going to see her own friends, Gertie and Ruth. In reality she’d race off to get her errands done before running back to school in time for the starting bell.

Gran still wasn’t better. No matter how hard she was trying to hide it, the signs were there. Less washing was coming in and yet Gran was behind with it. There were occasional creases in ironing that used to be perfect, little food in the house and Gran herself seemed… smaller somehow. Not the vigorous Maggie Tomkins of old. 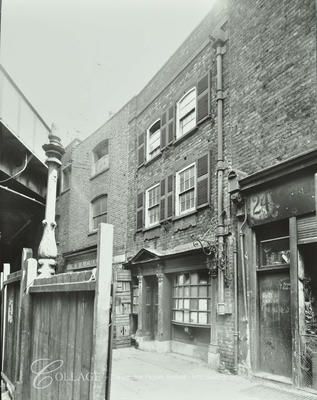 For all that she was trying to leave Gran her pride, Lily couldn’t help speaking out again when she caught Gran’s worn hands rubbing her middle as though trying to soothe pain. ‘I wish you’d tell me if you have a belly ache.’  ‘Only a bit of wind, Lil.’

It was more serious than wind. Lily was certain now. She wished she knew how much it would cost for Gran to see a doctor, but asking any of their neighbours would arouse their suspicions about why she wanted to know and word might get back to Gran. Perhaps when Lily had three shillings in the sock she’d speak to Gran about seeing someone.
The Orphan Twins is available from Amazon, Kobo, iBooks, and Google Play.   The Orphan Twins is available through Kindle Unlimited (can learn more about the program here).  If you like The Orphan Twins, check out Lesley Ames' other novels here.  Thank you for joining me today.  I will be back tomorrow Ghost Ups Her Game by Carolyn Hart.  It is the 9th A Bailey Ruth Ghost Novel.  I do hope that you have a positive day.  Take care, stay safe, and Happy Reading! 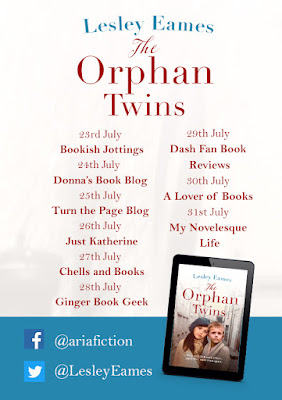 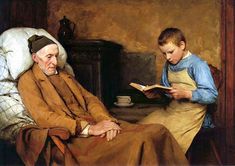