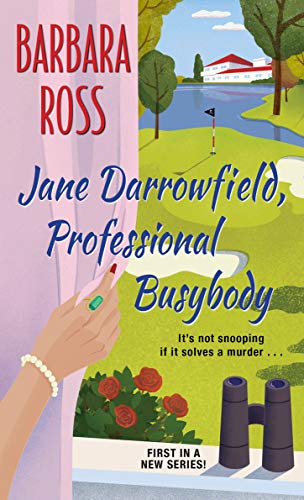 Welcome! Today is my mother's 75th Birthday!  This picture was taken over 35 years ago!  It is my mother, myself, and my sister.  I would normally be taking her out for a special dinner.  However, since we live in Florida (which seems to be a hot zone for the disease) and she is considered high risk, I will be cooking the dinner of her choice.  I was surprised when she picked fried chicken until she explained that it was what she had as a child on her birthday.  There will also be a cake with plenty of  the buttercream frosting that she loves.  There will be coleslaw from the Colonel as well (she loves it).  I also have to fry chicken for her dog, Tuxxe (her baby).  The things we do for those we love!  Do you have birthday traditions in your family?

Jane Darrowfield, ProfessionalBusybody by Barbara Ross has Jane Darrowfield looking for ways to keep busy since she retired.  She has already organized everything in her home, planted a garden, and traveled.  After helping a friend with a thorny personal problem, other people within West Cambridge began coming to Jane for assistance when they had a situation that needed fixed quietly.  For the first time, Jane is being offered money in exchange for her help.  Paul Peavey is the executive director at Walden Springs which is a lifecare community for active adults 55 and over.  Paul is asking for Jane to move into a guest suite and help restore harmony within the community.  Jane soon finds that Walden Springs is reminiscent of high school with the various cliques and in-fighting.  Jane wakes up the next day to find the complex crawling with police officers.  A member of the popular faction has been murdered and Paul asks Jane to locate the killer.  The suspect list is lengthy since the victim was not well-liked.   Jane will need to keep her wits about her if she is to solve this mystery without becoming the next victim.
Jane Darrowfield, ProfessionalBusybody by Barbara Ross is the debut of A Jane Darrowfield Mystery series.  Jane Darrowfield is retired from the telephone company and her only son lives on the west coast.   After organizing her house and traveling, Jane is at loose ends.  Playing bridge with her three friends does not take up all her time.  Jane has discovered that she is good at solving problems and word has spread within the town.  Now Jane has a paid assignment.  She needs to uncover why the various cliques at an over 55 community are at odds with one another.  Things go well until one of the ring leaders turns up dead.  Jane Darrowfield is a spirited main character.  She is smart, notices details, and likes to be active. I like that she is an older protagonist.  Jane has her three friends (Helen, Phyllis, and Irma) with whom she plays bridge regularly.  Phyllis enlists Jane’s help in weeding through the men interested in dating her since her own judgement is not to be trusted.  Phyllis has created profiles for the two of them on a dating site and arranged coffee dates for Jane with the top matches.  I found the dates to be entertaining.  I just loved the baristas reactions.  I thought Jane Darrowfield, Professional Busybody contained good writing, it was just the right length, and it had a steady pace.  The mystery was interesting with a variety of suspects.  Jane questioned people, followed leads, and searched for clues.  It was fun solving this clever whodunit.  I look forward to the next A Jane Darrowfield Mystery.  Jane Darrowfield, Professional Busybody is charming cozy mystery with a gone golfer, suspicious suspects, surprising secrets, a crafty killer, and a smart senior sleuth. 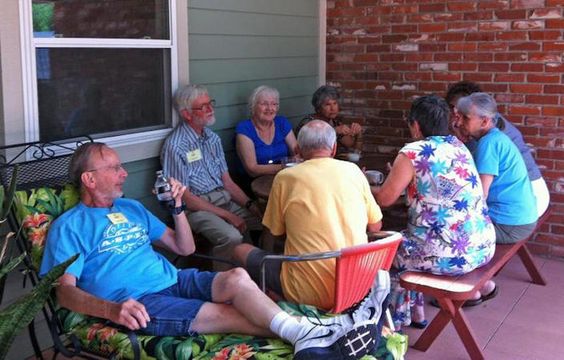 Jane Darrowfield, Professional Busybody is available from Amazon*.  Jane Darrowfield and the Madwoman Next Door comes out October 27 as a Barnes and Noble exclusive.  We will have to wait for the 2nd book A Jane Darrowfield Mystery to be available through Amazon (in a year).  Shucked Apart is Barbara Ross' next release in A Maine Clambake Mystery series and it will be out on February 23, 2021.  I appreciate you stopping by today and reading my latest review.  Tomorrow I plan on featuring An Appalachian Summer by Ann H. Gabhart.  I was fortunate to win a copy.  May you have a fulfilling day.  Take care, stay safe, and Happy Reading! 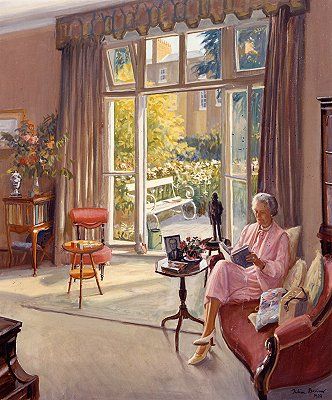