The East End Girl in Blue by Fenella J. Miller

The East End Girl in Blue 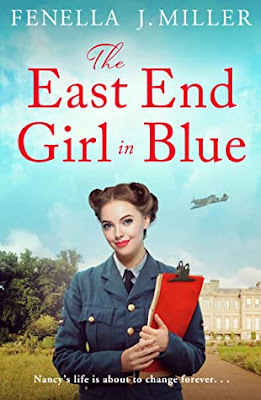 The East End Girl in Blue by Fenella J. Miller has Nancy Evans looking forward to marrying her fiancé, Tommy Smith in September.  Nancy is in the Women’s Auxiliary Air Force stationed at Hornchurch while Tommy works ground crew.  When Tommy ends up dead just before their wedding, Nancy is devastated.  Her friend, Jane takes her to recover at her in-laws in the country.  It is not long before Nancy discovers she is pregnant.  She leaves the WAAF and becomes the housekeeper to the local doctor, David Denny.  As time passes, David and Nancy find themselves falling in love.  Nancy, though, does not feel she is acceptable for someone like David considering her East End roots.  David tells Nancy that he could care less what others think, but Nancy is sure he would regret his decision.  Can they overcome the class divide? 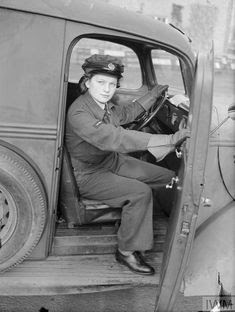 The East End Girl in Blue by Fenella J. Miller is the 2nd book in The Girls in Blue series.  I believe it is best to read the series in order.  I thought this historical novel captured the time period and the feelings as well as the attitudes of the people.  Women were strong during World War II.  I am amazed at their can-do attitude and their ability to create meals from limited resources.  Nancy Evans is a resilient woman whose whole life is changed in an instant.  She had planned to work her way up in the Women’s Auxiliary Air Force.  Instead, Nancy finds her fiancé dead just before their wedding and she finds herself in the family way.  She has no choice but to make a new plan.  We experience what life is like in England during World War II.  There are frequent bombings, evacuees, and rationing (food, petrol, clothing).  Your home could be bombed at any minute which is a frightening thought.  Doctors and other essential personal worked long hours.  They would get little rest or time off.  The author captured the experiences of the people in Great Britain during World War II.  The East End Girl in Blue also talks about the struggles of evacuating families, the toll the war can take on a single mother, narrow minded people, and rampant gossip.  I thought this book was well-written with realistic characters.  I stayed up quite late to finish this historical tale.  I like that we get to catch up with Charlotte and Jane.  Jane’s story is told in The Girls in Blue and we will get Charlotte’s story later in 2021 in The Officer in Blue.  I wish the author had provided a better introduction of our characters in the beginning.  While I had read The Girls in Blue, I was confused in the beginning (it had been several months, and I have read over a hundred books since then).  The story does contain British slang (most of the words can be discerned from the context) and some foul language.  The East End Girl in Blue is an absorbing historical novel with an abundance of bombs, foodstuff scarcities, evacuated children, war rationing, a dashing doctor, fine friends, and an enrapturing romance. 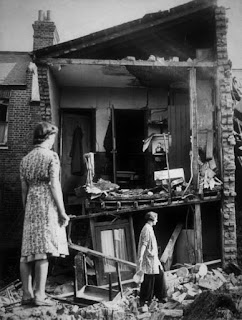 The East End Girl in Blue can be purchased from Amazon*.  The Girls in Blue is the first book in the series (can be borrowed through Kindle Unlimited along with The East End Girls in Blue).  The 3rd book in The Girls in Blue is The Officer in Blue which publishes October 14 (it is Charlotte's story).  You can find Fenella J. Miller's other creations here.  Thank you for stopping by today.  I will be back tomorrow with Deadly Ever After by Eva Gates.  It is the 8th A Lighthouse Library Mystery.  I hope that you have a jolly good day.  Take care, be kind, and Happy Reading! 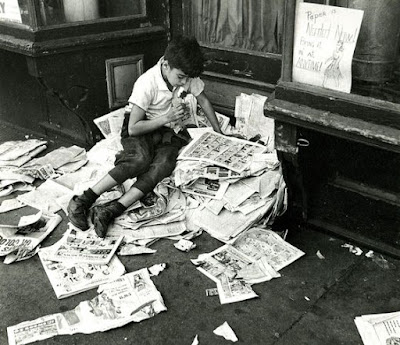