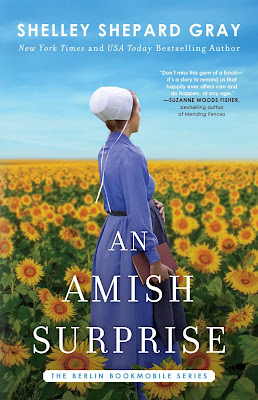 Book Summary
Miriam and Calvin Gingerich have been trying for a baby for several years, but the Lord hasn’t seen fit to bless them. Though Calvin claims he’s content with their childless state, Miriam knows he’s not, and when he starts spending more time off their farm, she worries he’s found someone else. But just as she finds herself at her lowest point, she discovers the ultimate surprise. Unable to confide in anyone who might tell Calvin—out of fear she’ll disappoint him with another miscarriage—Miriam turns to bookmobile librarian Sarah Anne Miller—and any books she may have on pregnancy and childbirth.

Calvin has been keeping a secret from his wife, but it’s not another woman. It’s a little boy. One afternoon when visiting Sarah Anne’s bookmobile, he meets Miles, a ten-year-old living with a foster family down the road. But after spending more time with the boy, Calvin learns that his foster family has no plans to adopt him. Calvin feels a connection with Miles and yearns to give the boy a home, but he’s afraid to tell Miriam, knowing she’s devastated they can’t have children of their own.

As weeks pass and Sarah Anne learns that Miles has nearly given up hope of ever finding a real home, she knows it’s time to intervene. It’s going to take some fancy footwork and a whole lot of prayer, but she knows she can help make this struggling couple into a happy family of four. 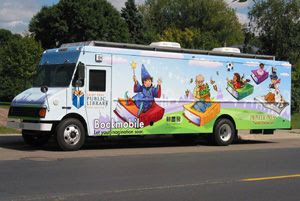 An Amish Surprise by Shelley Shepard Gray is the 2nd book in The Berlin Bookmobile Series.  This story can be read as a standalone if you have not read A Perfect Amish Romance.  This is such a sweet story with multiple storylines.  Calvin and Miriam Gingerich have been married four years.  Miriam has conceived before, but she has not been able to carry a child to term.  The doctor gives them a slim chance of Miriam conceiving a child.  The couple has decided to leave it in God’s hands.  Miriam is a worrier who feels she has disappointed her husband and she wonders if he is straying.  Calvin meets Miles, an Amish foster child, at the bookmobile and they bond.  Calvin tries to meet the bookmobile as often as he can so he can spend time with Miles.  Calvin would like to adopt Miles, but he knows how Miriam feels about adoption.  Sarah Ann Miller finds herself attracted to one of the bookmobile patrons.  She is not sure if she is ready to date nor does she know how dating works after all these years.  Miles is ten years old and has been in a number of foster homes since his grandparents passed away.  His current home is chaotic and Miles wonders how long he will there.  Miles also wonders why no one ever picked him to adopt.  The point-of-view alternates between the characters (Sarah Ann, Miles, Calvin, Miriam, and Pete).  An Amish Surprise is well-written with charming characters.  I just loved Miles and felt bad for this sweet boy.  I also adored Miriam and Calvin’s dog (such a cutie).  Faith, compassion, a second chance at love, patience, God’s timing, and all children deserve love are some of the themes in the book.  An Amish Surprise is a touching story.  I like how the author addressed the issues of infertility, foster children, and late in life dating.  There is a good blend of Englisch and Amish.  Sarah Ann Miller is a fun character and I like how the bookmobile fits into the story.  One of my favorite phrases is, Faith is what happens when the Lord gets tired of you making silly plans.”  I am eager to read the next book in The Berlin Bookmobile Series.  An Amish Surprise is a heartening tale with rowdy youngsters, the rambling bookmobile, late in life romance, a surprising secret, a quiet foster child, and a bounding hound. 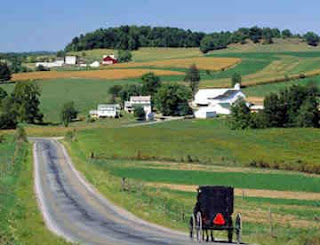 An Amish Surprise can be purchased from Amazon*.  The first book in The Berlin Bookmobile Series is A Perfect Amish Romance.  You can find Shelley Shepard Gray's other novels here.  I appreciate you stopping by today.  I will return tomorrow with Shielding the Amish Witness by Mary Alford.  I am off to get some work done around the house.  I am trying to check one item off my checklist each day (it is a long list).  I hope that you have a joyful day.  Take care, be kind, and Happy Reading! 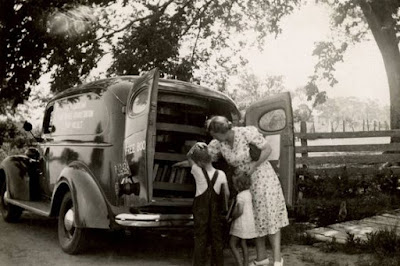