Bridge of Gold by Kimberley Woodhouse 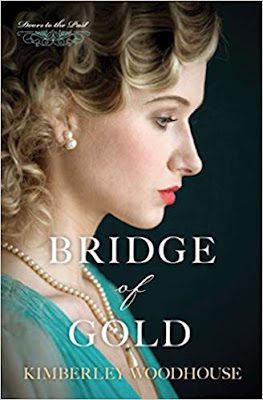 Book Summary
Repairs on the Golden Gate Bridge Uncover a Century-Old Murder
Walk through Doors to the Past via a new series of historical stories of romance and adventure.
Underwater archaeologist Kayla Richardson is called to the Golden Gate Bridge where repairs to one of the towers uncovers two human remains from the late 1800s and the 1930s. The head of the bridge restoration is Steven Michaels, who dives with Kayla, and a friendship develops between them. But as the investigation heats up and gold is found that dates back to the gold rush, more complications come into play that threaten them both. Could clues leading to a Gold Rush era mystery that was first discovered during the building of the bridge still ignite an obsession worth killing for? 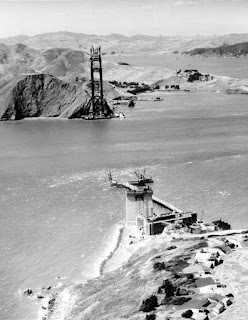 Bridge of Gold by Kimberley Woodhouse is the third novel in Doors to the Past series.  I thought Bridge of Gold was well-written with developed characters.  It is a time slip novel told from two time periods and from multiple points of view.  It can be confusing in the beginning until you adjust (learn the characters).  I like that we also get the villains point-of-view in both time periods.  It makes the story more intriguing, and I like figuring out the identity of the bad guy.  The author did her research for this book.  She captured the 1930s and the construction of the Golden Gate Bridge.  It was interesting learning what went into making this beautiful and lengthy bridge.  The divers had their work cut out for them with the shifting currents and steep drop off.  I loved the addition of a sunken ship with treasure.  I like how the author tied the past and present together with a satisfying conclusion.  I appreciate it when the author makes sure that there are no loose ends.  I also liked how faith was incorporated into the story.  I enjoyed the descriptions of San Francisco along with those below water.  The authors word imagery allowed me to imagine seeing the treasure ship for the first time along with feeling the excitement.  The romances were clean and the historical one was sweet.  The author expertly weaves together the past and present into one pleasing tale.   Each novel in the Doors to the Past series can be read on its own.  Bridge of Gold is a compelling novel with greed, murder, a buried ship, sought after treasure, faith, and love. 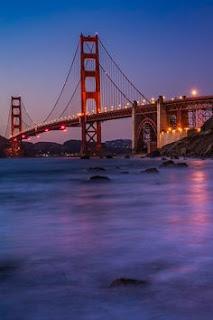 Bridge of Gold can be purchased from Amazon*.  The first two books in Doors to the Past series are The Lady in Residence and Hope Between the Pages.  You can find Kimberley Woodhouse's other novels here.  Thank you for stopping by today.  I will be back on Monday to share my thoughts on Edie's Home for Orphans by Gracie Taylor.  I hope that all of you have a relaxing weekend.  Take care, be kind, and Happy Reading! 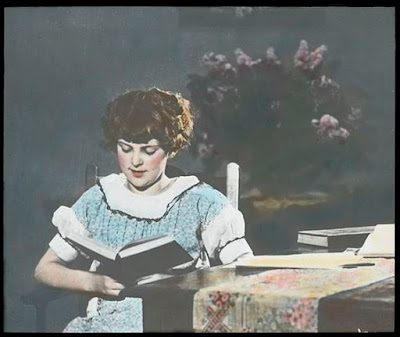