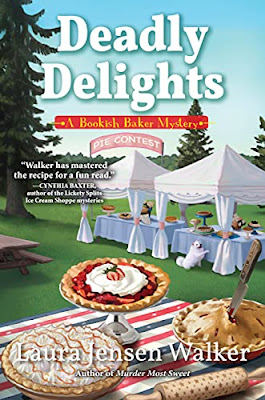 Book Summary
In Laura Jensen Walker's second Bookish Baker mystery, Teddie St. John enters a pie-baking contest. But her chances of winning plummet when she's suspected of killing one of the judges!August in Lake Potawatomi, Wisconsin, always means one thing: the annual baking contest. Picture The Great British Baking Show, writ Midwestern. It's a huge draw for the upper crust of Wisconsin pastry aficionados. And, of course, bon vivant baker-turned-mystery writer Teddie St. John has a pie in the ring. The white vinyl baking tent boasts an array of folding tables housing each entrant's daily baked good. And at one of those tables sits the corpse of the head judge, his face half-buried in a delectable coconut cream pie.The body in question belonged to notorious Les Morris. Les may have been getting on in years, but he hadn't outgrown his well-earned reputation for lechery. Now, Les is no more. But unfortunately, by his side lies Teddie's distinctive embossed rolling pin...covered with blood.It's out of the baking pan, into the oven. A life sentence behind a lattice of prison bars and a tangle of rhu-barbed wire will never do, and Teddie's quick wit and bohemian charm won't save her from the long spatula of the law. So, with the help of her friends, she'll concoct a recipe to clear her name--if the real killer doesn't ice her first. 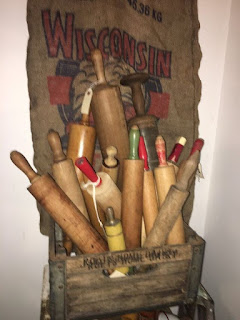 Deadly Delights by Laura Jensen Walker has readers returning to Lake Potawatomi, Wisconsin in August where it is time for the annual baking competition.  Teddie St. John finds herself a murder suspect when her grandmother’s rolling pin is used to murder Les Morris.  With help from her friends, Teddie works to prove her innocence.  Deadly Delights is the 2nd book in A Bookish Baker Mystery series.  It can be read as a standalone if you have not indulged in Murder Most Sweet.  It contains good writing with varied pacing. There are some slow sections due to lack of action.   Most of the activity takes place near the end of the book (the last fifty pages or so).  Teddie St. John is a developed character. Teddie is a cozy mystery writer and baker who has had a double mastectomy.  She chose not to have reconstruction surgery and makes light of her figure.  It is great that Teddie is comfortable in her own skin.  I like that the author is addressing the issue of breast cancer (in a compassionate way) and how a woman deals with the aftermath.  Each woman must choose her own path.  I wish the secondary characters were as fleshed out as our main one.  There are mouthwatering descriptions of baked goods (some of the recipes are at the end of the book including one for Peanut Butter Blossoms).  The mystery starts off on a humorous note with Les Morris being found face down in a contestant’s pie.  There are several good suspects along with misdirection.  I like how Teddie’s friends help to clear her name.  They get themselves into some noteworthy situations that will have readers laughing.  The author decided to add in what Teddie’s dog was thinking which I found odd since this is not a paranormal novel (it just did not go with the book).  I enjoyed the sweet and touching ending that will have readers smiling.  Deadly Delights is a lighthearted cozy mystery with a lecherous Les, sweet treats, caring chums, a ruined rolling pin, and a chocolate cake conundrum. 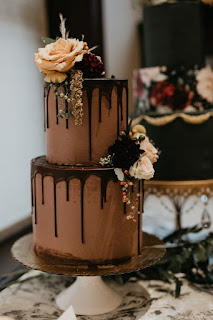 Deadly Delights is available from Amazon*.  The first book in A Bookish Baker Mystery series is Murder Most Sweet.  You can find Laura Jensen Walker's other books here.  Thank you for joining me today.   Tomorrow I am featuring Bridge of Gold by Kimberley Woodhouse.  It is the 3rd book in Doors to the Past series.  I hope that you have a sweet day.  Take care, be kind, and Happy Reading! 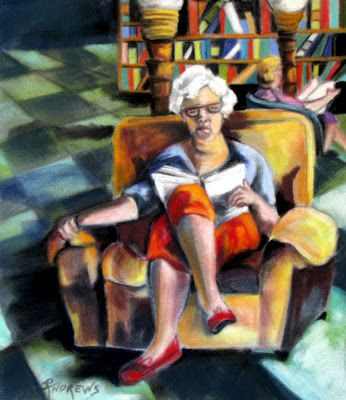