On Skein of Death by Allie Pleiter

On Skein of Death 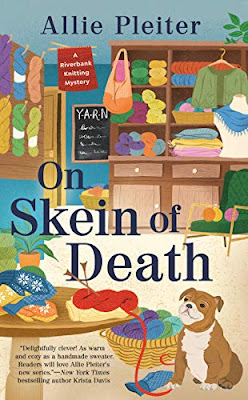 On Skein of Death by Allie Pleiter has Libby Beckett preparing her shop Y.A.R.N. in Collinstown, Maryland for a special three-day event.  Libby was able to convince Norwegian knitwear designer, Perle Langager to visit Y.A.R.N. and host an exclusive event.  Perle has said that she is going to make a special announcement after the fashion show.  Gavin, the mayor, has even declared Saturday Collinstown Yarn Day.  Libby notices that Perle is nervous during the first workshop.  She helps the designer tote her items to the theater to set up for the fashion show and then leaves her alone per Perle’s request.  When Perle fails to show up for the next event, Allie goes searching for Perle.  Libby finds her strangled backstage at the theater with red yarn from her own shop.  She cannot believe such a vibrant and creative woman’s life was cut short.  Libby is determined to unravel the clues to discover who killed Perle. 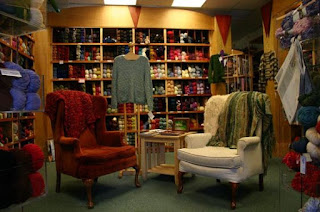 On Skein of Death by Allie Pleiter is the debut of A Riverbank Knitting Mystery series.  Libby Beckett is newly divorced and has taken her settlement to fulfil her dream of opening Y.A.R.N.  Her dream is threatened when the three-day event she organized is canceled after the Norwegian knitwear designer is found murdered.  Libby cannot rest until she learns the identity of the guilty party.  There were some elements I liked and others that I did not.  I enjoyed the beautiful descriptions of the yarn shop, the yarn, the finished creations, and the gorgeous knitting needles.  I also liked the picturesque descriptions of Collinstown, Maryland with its charming shops and friendly residents. The story is told in the first person which leads to a lot of internal thinking by Libby.  There is repetition of information (details about characters and especially the murder).  The whodunit was straightforward.  Perle Langager is murdered in a fashion that suits the story.  There are a limited number of suspects with the guilty party extremely obvious.  I kept hoping for a surprise character or twist.  The reveal wrapped up the mystery leaving no lingering questions.  There is humor scattered throughout courtesy of Libby’s mother and her gaggle of friends.  There is romance as well between Libby and her old high school beau, Gavin who is the current mayor.  This is relaxing tale that will appeal to readers looking for lighter fare.  On Skein of Death is a blithe cozy mystery with creative yarn art, a cute canine, a dead knitwear designer, a sleuthing shop owner, plenty of pie, and creative knits. 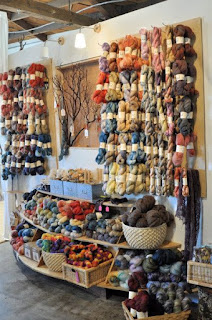 On Skein of Death is available from Amazon*.  The next A Riverbank Knitting Mystery is Knit or Dye Trying which publishes February 1, 2022.  You can find Allie Pleiter's other novels here.  Thank you for joining me today.  I appreciate it.  Tomorrow I am sharing my thoughts on Curse of the Specter Queen by Jenny Elder Moke.  It is a book aimed at a younger audience, but I loved the blurb.  I hope that everyone has a creative day.  Take care, be kind, and Happy Reading! 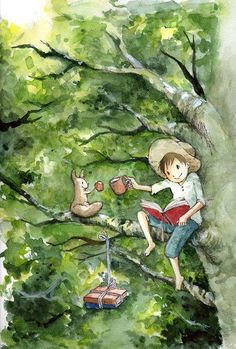