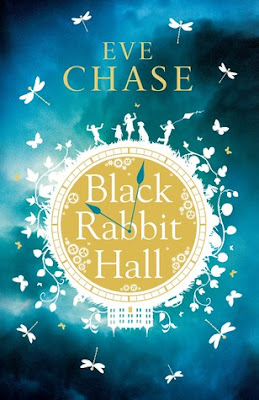 Today is Get a Different Name Day!  This day was created by Wellcat.com.  If you do not like your name (I did not like mine growing up), today you can get a different one (or go by something different for the day).  Have fun with it!  On February 13, 2000 the last original Peanuts comic strip appeared in newspapers (the day after Charles Schultz passed away).  Thomas Edison observed the Edison Effect in 1880 (he was evidently not a modest man). Bruno Hauptmann was found guilty by a jury in New Jersey in 1935 of the kidnapping and murder of the Lindbergh baby (Charles Lindbergh's son) (occurred in 1932).

Black Rabbit Hall by Eve Chase is a very slow book.  The story tells of Lorna and Jon looking for a place to get married.  They find Black Rabbit Hall (aka Pencraw Hall).  Lorna visited the hall with her mother when she was a child (her mother recently passed away).  Then the story goes back to the late 1960s with the Alton children.  Amber, Toby, Barney, and Kitty spent their school vacations at the hall.  Their mother, Nancy called it Black Rabbit Hall because of the rabbits that came out at sunset and you saw their black shadows across the lawn.  Their mother died at Easter when she was out looking for her youngest son (off playing and then it started storming) on horseback (got thrown and broke her neck).  The father, Hugo quickly rebounds and married Caroline Shawcross (she pursued him).  Caroline brings her son, Lucian with her into the marriage.  Lucian and Amber are attracted to each other, but it is forbidden (like that will stop them).  Caroline is not fond of the children and there will be many changes to the family (Toby does not handle the changes).  When Lorna visits Black Rabbit Hall, she encounters Dill (the housekeeper/cook) and Caroline.  Caroline has opened the hall for events (needs the money).  What happened to Hugo Alton and his children?  Why is Lorna drawn to Black Rabbit Hall (she becomes obsessed)?  Lorna gets a chance to stay at the hall and find some answers.

I found Black Rabbit Hall to be an extremely boring book.  It tried to be a mystery, but it did not succeed.  I just found Black Rabbit Hall to be odd.  We get the story from two different perspectives:  Lorna’s and Amber’s (the majority of the book is from Amber’s point-of-view).  The Amber section reads more like a young adult novel (she finds love at fifteen).  The two stories go back and forth until we see how they are connected.  I just found it dull and uninteresting (reading this book was like trekking through the desert).  There is some very graphic violence (it is awful) in the book as well as sex and foul language. I did not enjoy Black Rabbit Hall (as you can tell).  It sounded like such an intriguing and mysterious book (from the synopsis).  I think the book (the idea) had potential, but the writer was not able to pull it off.  I give Black Rabbit Hall 1 out of 5 stars.  This book was just not for me.  If you are looking for a book to help you sleep, then read Black Rabbit Hall.

You can follow Eve Chase on Amazon to get updates on her latest releases.  I received a complimentary copy of Black Rabbit Hall from NetGalley and First to Read in exchange for an honest review.

I hope everyone is having a satisfying Saturday!  It is just gorgeous here in my area!  My current book is A Girl's Guide to Moving On by Debbie Macomber.  Take care and Happy Reading! 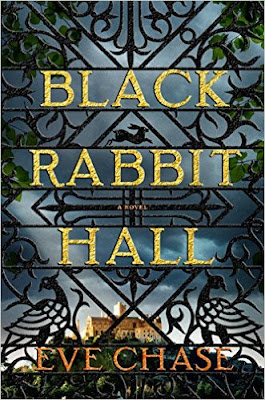 Posted by Kris Anderson, The Avid Reader at 6:22 PM