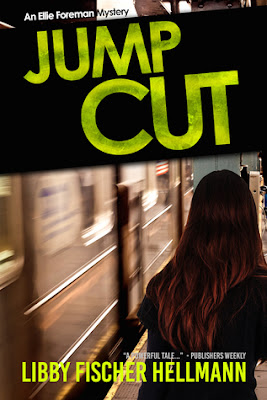 The beginning of a new week and another month almost over.  It is National Tooth Fairy Day (as well as  Floral Design Day and Oscar Night).  My parents were not of the philosophy of waiting for a tooth to come out on its own (especially my father).  If they decided the loose tooth should come out, out came the needlenose pliers (I am not kidding)!  It was very traumatic.  Of course, then the Tooth Fairy would visit and leave money (back then it was a quarter or fifty cents).  Every time I use the needlenose pliers, I remember him sitting on me to pull out the tooth (nowadays someone would probably call it child abuse).  It made me learn to hide when a tooth was loose or try to get the tooth out myself (quietly). Now that we have had our laugh for the day, let me entertain you with historical information!  James Watson and Francis Crick discover the double-helix DNA molecule in 1953, MASH airs its final episode in 1983 after 11 seasons, in 1883 the first vaudeville theater opens in Boston, Dupont scientist Wallace Carothers invents nylon in 1935, and in 1991 the first Gulf War ends!

Jump Cut by Libby Fischer Hellmann is the fifth Ellie Foreman book.  Ellie Foreman is a video producer living in Chicago, Illinois.  Ellie is divorced with a grown up daughter named Rachel (twenty-five).  Ellie has been hired by Delcroft Aviation (they do commercial and military projects) to do some promotional videos (for posting on social media).  While shooting at a trade show, Ellie meets Gregory Parks.  Gregory hangs around the Delcroft booth during the shooting and ends up in the video.  When the video is edited and shown to the bigwigs at Delcroft, Charlotte Hollander (Vice President of Engineering) objects to them.  Ellie’s project is canceled and this upsets her (she does not want this to affect the reputation of her or her company).  Ellie arranges to meet with Gregory to see if he can provide some insight.  When Ellie shows up at the meeting spot (near subway), she sees a blur, hears brakes squealing, and then sees a body on the tracks.  Gregory Parks is dead.  Ellie finds Gregory’s cigarette package on the platform with a flash drive inside.  The information is encrypted.  Ellie is really curious now especially when she notices some strange people in her neighborhood.  What is going on?  Did Gregory commit suicide or was he pushed?  Ellie is intent on getting answers, but will she be alive to enjoy them!

Jump Cut is the fifth book in the series, but it can easily be read as a stand-alone book (I did not know it was the fifth book until after I read it).  It has been ten years since the last book in the Ellie Foreman series.  Jump Cut sounds like a great suspense/thriller book, but I was disappointed.  Jump Cut is a slow paced book (wrong pace for a suspense novel).  I did not get suspense or thriller from this novel.  The chapters are very short and choppy.  The beginning of the novel (like the first half) is more what Ellie does every day (shopping, Zumba, walking the neighborhood, drinking too much and telling info to wrong person).  I found Jump Cut to be a very clichéd suspense novel (reminded me of the television show Hart to Hart). It is also very unbelievable (the novel took a strange turn with Chinese spies, etc.).  There is a great deal of foul language and sex in Jump Cut.  The ending makes the novel feel incomplete or unfinished (it was strange).  I give Jump Cut 3 out of 5 stars (it was okay and I am being generous with the rating).  Jump Cut was just not for me.  As I have said before, not every book will appeal to every reader.

The other books in the Ellie Foreman series are An Eye for Murder, A Picture of Guilt, An Image of Death, and A Shot to Die For.  The first four books are available as a boxed set, The Ellie Foreman Mysteries. I received a complimentary copy of Jump Cut from the author in exchange for an honest evaluation of the novel!

I am off to make noodles for the our chicken and noodles (yes, I make them from scratch).  I am currently reading Out of the Dying Pan by Linda Reilly.  Have a satisfying Sunday and Happy Reading!

P.S.--Remember it is your last chance to enter the Room for Hope giveaway!  I am giving away two copies of the book (courtesy of the publisher).  You just need to leave a comment with your email address (so I can contact you).  If you prefer, you can email me (with subject line Room for Hope) at Doodlesink@hotmail.com. You must have a mailing address (no P.O. Box).  I look forward to hearing from you!  Contest ends February 29 at midnight!

Posted by Kris Anderson, The Avid Reader at 4:24 PM