A Girl's Guide to Moving On 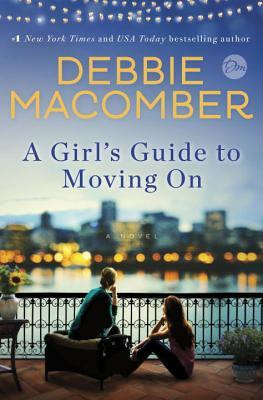 Happy Peanut Butter Lovers' Day (and book release day)!  If you like peanut butter (by itself, on a sandwich, in a cookie or candy) this is your day. Indulge and enjoy!  Did you know . . . President Kennedy established the Peace Corps on this day in 1961, Rio de Janeiro was established in 1565, the first U.S. census was authorized in 1790, Ohio (my home state) was admitted to the union as the seventeenth state in 1803, and in 1873 E. Remington and Sons begins production on the first practical typewriter!
A Girl’s Guide to Moving On by Debbie Macomber is a novel about women getting on with their life after divorce.  Nichole Patterson and her mother-in-law Leanne Patterson have just divorced their husbands.  They have moved into apartments next door to each other in Portland, Oregon.  They have come up with what they call “A Guide to Letting Go and Moving On”.  It is easier to say than to do.

Nichole was married to Jake.  They have a son, Owen.  But then Jake (just like his father) cheated on Nichole with another woman and the other woman became pregnant.  Jake has done everything possible to delay the divorce.  They are still working out the details almost two years later.  Nichole just wants to get on with her life.  She is a substitute teacher and also volunteers at a dress shop that helps woman gets clothes who are going into the work force for the first time.  Nichole meets Rocco Nyquist on day when her car goes into a ditch.  Rocco is kind, hardworking, and a good man.  Can the new relationship survive the interfering ex-husband?

Leanne Patterson was married to her husband, Sean for thirty-five years and he cheated for the majority of the marriage.  Leanne always looked the other way.  Now she sees that it gave her son, Jake the wrong idea (that his wife would put up with it).  Nichole gave her the courage to file for divorce (they did it together on the same day).  Leanne is now living on her own (a first) and teaches English as a second language at the community center.  It is in the class that Leanne meets Nikolai Janchenko from the Ukraine.  He is a wonderful baker with a great personality.  He cares very much for Leanne, but then Sean needs assistance.  Will Leanne ever get happiness?  She will need to have faith that everything will work out according to God’s will.

You can follow Debbie Macomber on Amazon and Facebook to get updates on her latest releases.  I received a complimentary copy of A Girl’s Guide to Moving On from NetGalley in exchange for an honest review.

I am a wee bit behind on my reading (I overbooked myself again). There are just so many good books coming out in March and April.  I am currently enjoying Between a Book and Hard Place by Denise Swanson.  I hope all of you have a lovely Tuesday (it is just gorgeous outside).  Take care and Happy Reading!