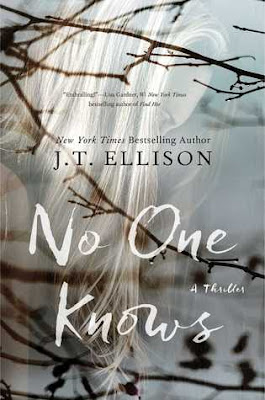 Happy Wednesday!  We are halfway through the week.  It is also National Chip and Dip Day (do not confuse it with National Potato Chip Day on March 14).  Make sure to enjoy some chips with a dip tonight (I will just eat the chips and skip the dip).  On March 23 in 1806, Lewis and Clark head home after traveling through the Louisiana Purchase and reaching the Pacific Ocean.  Other events that happened on this day . . . Elisha Otis' first elevator is installed in New York in 1857 (thank you Mr. Otis) and NASA launches Gemini 3 in 1965 with Gus Grissom and John Young on board.

Aubrey Marie Trenton Hamilton divides her life into three sections.  Seven years before she met Josh, the seventeen years she knew Josh, and the five years since Josh died.  Josh Hamilton and Aubrey met when they were around seven years old.  When Aubrey was eight her parents passed away and Aubrey went into foster care (where she grew up too fast).  Five years ago Josh and Aubrey were going to friend’s bachelor and bachelorette parties.  They were in an accident on the way, but they finally arrive at the hotel where the parties were being held.  They parted ways after entering the lobby and that is the last time Aubrey saw Josh.  Josh’s body was not found and the investigation focused on Aubrey (of course).  Daisy Hamilton, Josh’s mother, never liked Aubrey (because she did not like Aubrey’s mother, Marie).  Daisy petitioned the courts to have Josh declared dead after five years (she wants his big life insurance policy which names Aubrey as beneficiary).  Daisy likes rubbing salt into Aubrey’s very open wounds (still grieving).  Then Aubrey sees a man who walks just like Josh (has other similar mannerisms).  He also looks a lot like Josh.  His name is Chase Boden.  Chase is a reporter from Chicago wanting to write a story on Josh (believes there is more to the story).  Chase and Aubrey start looking into Josh’s past.  What happened to him five years ago?  Read No One Knows to find out.


I found No One Knows by J.T. Ellison to be expected (I wanted surprises and twists).   It is a slow-paced novel with a likely "twist" (to me it was no surprise) at the end.  The pace of the novel does pick up near the end (thank goodness).  No One Knows is told from various viewpoints and goes back and forth in time to tell the story (which makes it hard to get into the novel).  I was hoping for a good suspense novel, and it was just okay.  I think to enjoy a novel you have to like the main character (at least a little bit), but I did not like Aubrey (nor Daisy).  My favorite character was Winston, the Weimaraner.  No One Knows contains foul language, sex, drugs, and violence (fair warning).  I give No One Knows 3 out of 5 stars.

You can follow J.T. Ellison on Amazon to get updates on her latest novels.  I received a complimentary copy of No One Knows from NetGalley in exchange for an honest review of the novel.

I am currently enjoying Crime and Poetry by Amanda Flower (it is wonderful).  Thank you for stopping by! I am off to enjoy dinner. Take care and Happy Reading!