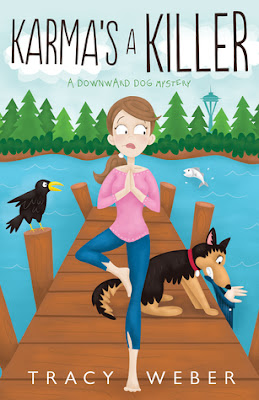 It is National Quilting Day!  I have always wanted to quilt, but I have trouble sewing a straight line!  I am looking into a device that will fit onto my sewing machine that keeps the fabric straight (I actually own a nifty machine).  Do you like to quilt?  If you do, then this day is for you.  In 1953 the Oscars or The Twenty-Five Academy Awards is aired for the first time on television.  The Greatest Show on Earth won for best picture (wonderful movie). Auguste and Louis Lumiere record their first footage using their cinematograph (newly patented) in 1895.  The Sydney Harbour Bridge opens in 1932 (nicknamed the coat hanger) with a million citizens nearby.  Bob Dylan releases his first album in 1962 and it is titled "Bob Dylan".  And last, but not least, C-SPAN begins broadcasting the day-to-day business of the House of Representatives.

Karma's a Killer by Tracy Weber is the third book in A Downward Dog Mystery series.  Kate Davidson owns Serenity Yoga.  She has agreed to teach a Doga (yoga with dogs) session at Paws Around Green Lake (her boyfriend organized the event).  On her way to teach the class, Kate overhears two women arguing by the lake.  Kate eavesdrops and then continues on.  Her session does not start off well because one woman brought her pet rabbit (in a room full of dogs).  Kate tries to get her to leave, but the woman refuses (states it will be fine).  Well, (as you can expect) the dogs take off after the rabbit and chaos reigns.  Then someone starts a fire nearby and protestors descend.  The proceeds from the event were to go to the local animal shelter DogMa.  The protestors are from California and one of them is actually related to Maggie, one of the creators of DogMa.  Just when Kate thinks the day cannot get any worse, Dharma (a protestor) comes up to Kate and tells her that she is her mother (that she has not seen in thirty years).  The next Raven is found dead by the lake.  Raven was on the HEAT protestors (and was arguing before event).  Dharma turns out to be the main suspect (with a lot of evidence).  Kate sets out to prove her mother’s innocence and find the real killer.

Karma’s a Killer is nonsensical.  It drove me crazy.  It was over-the-top ridiculous (with one thing after another). There was too much going on in this book.  I wanted the focus to be on the murder (the mystery) not on yoga, Bella (Kate’s dog with an EPI condition), birds who steal silver objects, the goat whisperer, Rene (best friend pregnant with twins), Kate’s temper issues, or Tiffany (work with Kate’s boyfriend and Kate feels that Tiffany is trying to steal him away).  There was also quite a bit of information on yoga in the book (I had no clue what the author was talking about).  I give Karma's a Killer 3 out of 5 stars (it is okay).  I was just not the right reader for this book.  The novel had such a simple mystery (I knew who had done it as soon as they said who was murdered).   I think more of the book was devoted to Bella and her condition (along with the special diet she is on) and yoga than to the mystery.   The one thing I disliked in the book was the Kate dissed Peeps!  She had the nerve to say that they are junk! Can you imagine?  The book, though, is nicely written to make it easy to read and enjoy (if you like these types of stories).  Karma's a Killer can be read as a stand-alone book.  You do not need to read the previous books in the serious to enjoy Karma's a Killer.

The first two books in A Downward Dog Mystery series are Murder Strikes a Pose and A Killer Retreat.  I received a complimentary copy of Karma’s a Killer from the author in exchange for an honest review.

I hope all of you are having a satisfying day.  It is raining here in Florida so I am staying inside and reading (of course).  I am currently enjoying Fool Me Once by Harlan Coben.  I will let you know how I like it.  Have an enjoyable and relaxing day!  Take care and Happy Reading! 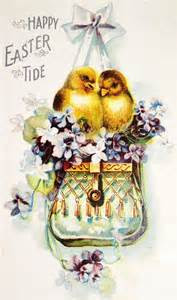 Posted by Kris Anderson, The Avid Reader at 6:23 PM