Nipped in the Bud by Sheila Connolly 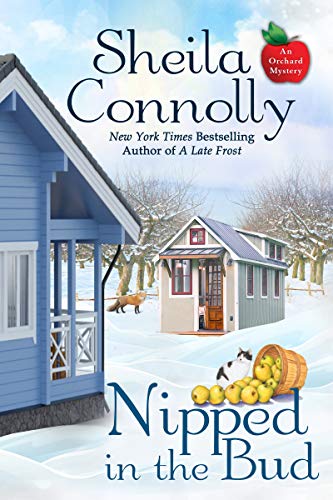 Welcome!  The Amish Candymaker by Laura V. Hilton comes out on February 5 along with A Faithful Gathering by Leslie Gould.  Past Due for Murder by Victoria Gilbert releases on February 12 along with Murders and Metaphors by Amanda Flower (my mother loved this one).  There are numerous new books coming out in February (I need more time to read)!


Nipped in the Bud by Sheila Connolly is the twelfth An Orchard Mystery.  Meg Chapin is adjusting to married life with her new husband, Seth.  Winter is their down time which allows them to take care of miscellaneous chores around the apple orchard.  Larry Bennett is their new orchard manager who is living in Sean’s old home along with other renters.  He is going to build a tiny home on the site of the old chicken coop.  While out walking on the property, they hear a gunshot. Seth takes off running and finds a woman dead on the ground with no identification.  They later learn she is freelance reporter, Jenn Chambers who is researching the drug problem in Pioneer Valley for an article she hoped to write.  Meg is shocked to learn that illegal drugs have become a problem in Granford.  The police are chalking Jenn’s death up to a hunting accident, but Meg has her doubts.  Meg is not one to sit idly by when a killing occurred on her land especially when it she is warned not to by the State Police.  She starts asking questions which leads to someone taking a pot shot.  What did Jenn uncover that led to her death?  Someone knows the truth and Meg just needs to get that person to talk to her.  Join Meg on her latest case in Nipped in the Bud. 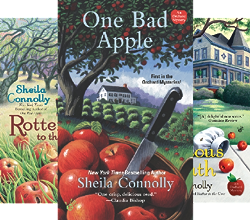 Nipped in the Bud is part of the delightful An Orchard Mystery series.  I was happy to see the series find a new publisher (Beyond the Page) so it could continue.  However, Nipped in the Bud is not on the same level as the other books in An Orchard Mystery (lots of fluff). Granford is a charming small town with a variety of residents (many of whom were not in the book).  I am happy to see Seth and Meg settling into married life (plenty of internal dialogue from Meg on this point).  But I did not like how Meg came across in Nipped in the Bud.  She is bored and whiney.  Their new orchard manager is introduced, and I like that he will be building a tiny home.  It is great that they are using the old chicken coop foundation for his new abode (though, their estimate on how long it will take to build seemed off).  I must admit that I miss Bree, the old orchard manager, with her friendly demeanor.  There are some cozy moments with chatting, eating, having coffee, talking about pruning and the building of the tiny home.  The mystery was straightforward, but it was light.  There was more discussion than sleuthing (lack of action too).  The case details are rehashed along with oodles of speculation.  The resolution was incomplete.  When a crime is solved, I want to know the facts instead of supposition.  Detective Marcus comes across as the cliché nasty detective and warns Meg to not investigate (of course).  I did not like that Meg kept putting him down (seemed unlike her).  I was surprised that Seth rented rooms out of his house without getting references or doing background checks.  There were also inconsistencies in character details especially with Meg’s friend, Lauren.  The characters seem to be behind the times when it comes to using modern technology (cell phones, tablets) which was puzzling (there were some odd comments).  While Nipped in the Bud can be read as a standalone, I recommend reading the series in order.  I have enjoyed An Orchard Mystery series until Nipped in the Bud.  I am giving Nipped in the Bud 3 out of 5 stars.  I hope the author is back on her game with the next An Orchard Mystery.

Thank you for visiting today.  I plan on showcasing The Bride of Ivy Green by Julie Klassen tomorrow.  It is the third book in Tales from Ivy Hill series.  I hope you have wondrous day.  Stay warm and Happy Reading! 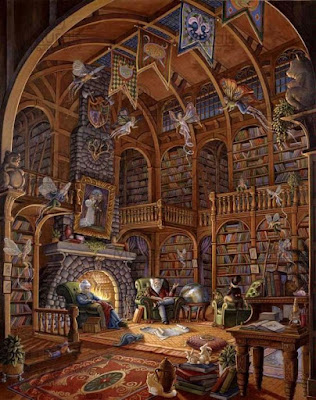