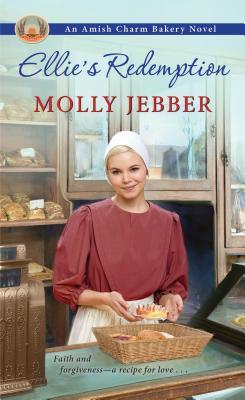 Thank you for joining me today.  Final Exam by Carol J. Perry releases on February 26 with One Feta in the Grave by Tina Kashian and Chocolate Cream Pie Murder by Joanne Fluke.  Hearts in Harmony by Beth Wiseman will be available on March 12.  So many delightful new books will be coming out this year.  I am looking forward to Murder's No Votive Confidence by Christin Becher and A Patchwork of Clues by Sally Goldenbaum (both will be available in June).

Ellie’s Redemption by Molly Jebber goes back to 1912 in Charm, Ohio.  Ellie Graber met Joel Wenger at her father’s wedding one month ago and he has been at the forefront of her mind ever since then.  After services on Sunday, Joel invites her to sit with him and chat so they can get acquainted.  They are soon interrupted by Joel’s mother, Naomi who is cold towards Ellie and pulls Joel away to introduce him to Abigail Fisher.  It is obvious that Mrs. Wenger has heard about Ellie’s past and does not want her son to become involved with Ellie.  Joel only has eyes for Ellie which he makes clear to his mother and the very persistent Abigail Fisher.  A friendship between Joel and Ellie slowly develops into a romantic relationship, but Ellie has yet to share her secret with Joel.  One day, Joel confides in Ellie why the family moved to Charm and how the situation has changed his mother from a warm, loving person into the bitter woman she has become.  When Mrs. Wenger alludes to Ellie’s past in front of Joel, Ellie finally comes clean.  Joel has a hard time understanding the decisions Ellie made after her mother’s death.  Joel is not sure he can move forward with their relationship after Ellie’s revelations.  Ellie loves Joel, but she doubts she will ever obtain Mrs. Wenger’s approval.  Is there a chance for these two lovebirds? 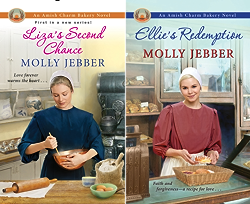 Ellie’s Redemption is the second novel in An Amish Charm Bakery series.  I like Molly Jebber’s writing style.  It is conversational which makes the book easy to get into and to read.  Historical events are included in the story which adds realism plus helps capture the time period.  Charm, Ohio is a quaint small-town with a large Amish population.  Ellie works at The Amish Charm Bakery along with her two friends and her stepmother, Liza who owns it.  The characters are relatable with their feelings and the issues they face.  The story proceeds at a gentle pace as Ellie and Joel get to know each other and overcome obstacles in the path to a happy life.  Forgiveness of others and oneself, redemption, acceptance, and the harmful effects of gossip are featured in the story.  I do suggest reading Liza’s Second Chance prior to beginning Ellie’s Redemption.   I did find some details repeated throughout the book and a predictability to the story.  My favorite quote was “God never leaves us nor forsakes us”.  I am giving Ellie’s Redemption 3 out of 5 stars.   Ellie’s Redemption is a sweet, heartwarming Amish romance.

I hope you have found my review helpful and maybe found some new books to add to your TBR list.  I plan on featuring The Wartime Sisters by Lynda Cohen Loigman tomorrow.  Have you wanted to try some Amish recipes?  Take a look at Wanda Brunstetter's website.  Some of the recipes include Buckeyes (a candy that resembles the dried nut from the Ohio Buckeye tree), Apple Crumb Bread, Yummasette, and Quick Root Beer.  I hope you have a charming day.  Think positive and Happy Reading! 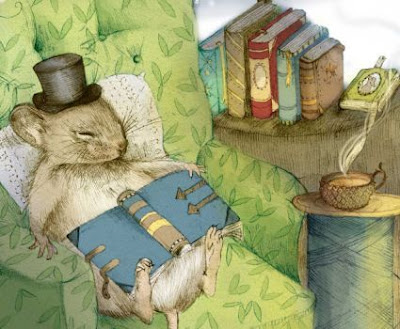