In Times Gone By by Tracie Peterson 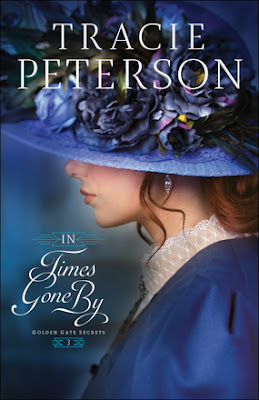 Felicitations!  Friends to the End by Shelley Shepard Gray will be released on February 11.  Murders and Metaphors by Amanda Flower comes out on February 12 along with Past Due for Murder by Victoria Gilbert and The Psychology of  Time Travel by Kate Mascarenhas.

In Times Gone By is the third novel in Golden Gate Secrets series by Tracie Peterson.  It is April of 1906 in San Francisco and the city has just suffered devastating earth quakes.  Kenzie Gifford and her friends have relocated to a large warehouse to help those in need.  The warehouse will be turned into a shelter for women and children which will be called Shelter Rock.  Kenzie, at her friend’s urging, recently wrote her ex-fiancé, Arthur to let him know she forgives him for not showing up at the church on her wedding day.   She is currently worried about Dr. Micah Fisher whom she has not seen since the earthquake.  Kenzie has been keeping Micah at arm’s length because she is afraid of getting her heart broken again.  The destruction and number of deaths makes Kenzie rethink her decision.  She does care for Micah and is willing to let him court her.  Then Arthur arrives full of apologies and explains his father orchestrated the wedding day mishap.  Arthur states he still loves Kenzie and wants to marry her.  Kenzie is full of mixed emotions and unsure what to do.  Caleb wonders at Arthur’s true motivations and decides to do a little digging.  Victoria Whitley, Judith Whitley’s cousin, arrives in town and is outraged to learn that Judith controls the purse strings as well as being her guardian.  Victoria is determined to get free.  An unexpected ally can help Victoria achieve her goal.  What decision will Kenzie make in the end?  How will Judith, Kenzie and Camri’s stories play out? 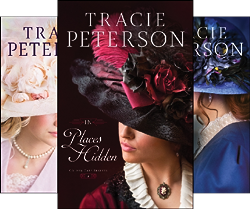 In Times Gone By is the final book in the Golden Gate Secrets series.  I do recommend reading the books in the Golden Gate Secrets series in order.  I found In Times Gone By to be well-written with a gentle pace.  I would have preferred more of a page turner.  Tracie Peterson captured the time period with the devastation of the earthquake, the clothing, conveyances, politics, and attitudes of the people. Tracie Peterson manages to incorporate the historical events seamlessly into the story.  Corruption was rampant in government and it was tough to fight the political machine as we see with Patrick Murdock’s story.  The characters are developed, and they continued to grow over the course of the series.  While In Times Gone By focuses on Kenzie, we also find out what happens with Camri and Judith.  Plus, Judith’s relation, Victoria comes to San Francisco and manages to cause problems.  I was not fond of Victoria and her shenanigans.  I was especially disappointed that the villains did not get what was coming to them (a great injustice).  Kenzie’s indecision where romance is concerned is understandable, but I felt it was drawn out.  I admired Micah’s persistence where Kenzie was considered, but it can come across as pushy (nowadays it would probably land him in jail and with a restraining order against him).  Christianity is an essential part of the story.  The main characters beliefs are a part of who they are, and it shows in their everyday lives (having faith, praying, following God’s will and the path he has for their lives).  The action picks up near the end of the book and the conclusion will leave readers smiling.  I was happy the author provided an epilogue.  I am giving In Times Gone By 4 out of 5 stars (I liked it).  Fans of historical fiction and Tracie Peterson will be satisfied with the final book in the Golden Gate Secrets series.

The first two novels in the Golden Gate Secrets series are In Places Hidden and In Dreams Forgotten.  Thank you for stopping by today.  Tomorrow I am focusing on Fashions Fade, Haunted is Eternal by Rose Pressey.  It is the seventh book in A Haunted Vintage Mystery series (and felt like the last the way it ended).  I hope you will stop by (there might be a giveaway).  Take care and Happy Reading! 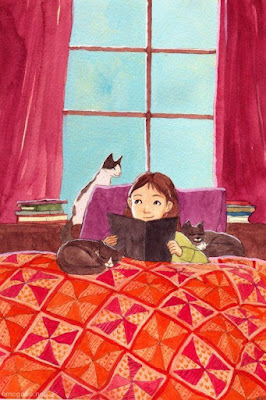