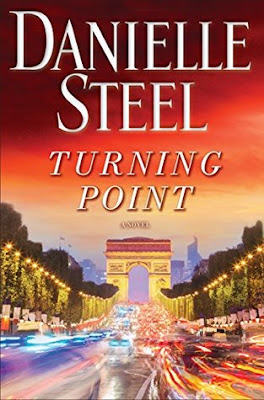 Welcome!  The Sky Above Us by Sarah Sundin will be out on February 5 along with Mending Fences by Suzanne Woods Fisher.  Final Exam by Carol J. Perry  and One Feta in the Grave by Tina Kashian release on February 26.  Broken Bone China by Laura Childs will be published on March 5.  A Tea Shop Mystery series is one of the first cozy mysteries series I ever read (A Needlecraft Mystery series was the other).  I found it while wandering around my local Books-a-Million (which has since closed).

Turning Point by Danielle Steel has us heading to San Francisco, California.  Bill Browning is head of the trauma unit at San Francisco General Hospital.  Since his divorce, Bill has thrown himself into his work.  His ex-wife, Athena lives in London along with their two daughters.  Bill looks forward to his rare visits with his two girls.  Stephanie Lawrence is married to freelance writer, Andy who stays at home and takes care of their two boys.  Stephanie is a trauma doctor at UCSF where she works long hours in her goal to become head of trauma.  Andy resents her long hours and their bickering has been escalating.  Tom Wylie is the charming emergency room doctor at Alta Bates Summit Medical Center in Oakland and is popular with the female staff.  Tom spends his free time at the local hot spots and has no interest in a long term relationship or marriage.  Wendy Jones works in the trauma/surgical critical care center at Stanford and has had a six year relationship with the married Jeffrey Hunter.  Wendy looks forward to their Wednesday evenings, but holidays are a lonely time for her.  On Christmas, a fire breaks out in a major hotel flooding all their hospitals with victims.  In Paris, which is San Francisco’s sister city, terrorists bomb luxury stores and a movie theater causing a massive number of causalities.  In the New Year, these four doctors are given the opportunity to journey to Paris to participate in a four week mass-casualty training program.    Four physicians from Paris will then come to San Francisco so the two countries can learn from each other.   The four San Franciscan doctors bond immediately and look forward to their time in Paris.  When a tragedy strikes a Paris school, it causes the doctors to re-evaluate their lives and the choices they have made. 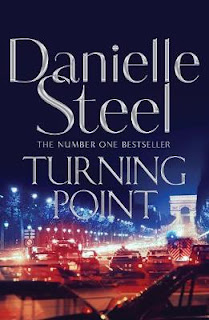 Turning Point is a realistic story that lets us see tragic events from the point of trauma doctors and emergency services.  I thought Turning Point was well-written with a steady flow.  I found Turning Point to be a compelling novel.  I was drawn into the story wanting to see what choices the doctors would make.  Going to Paris is a wonderful opportunity for each doctor, but two of them must make a sacrifice.  Stephanie is leaving behind an angry husband and two distraught children.  However, this is a once in a lifetime opportunity and it is an honor to be picked to participate.  Wendy is giving up her Wednesday nights with her lover.  She has made great sacrifices to be with him, but she is beginning to wonder if he feels the same way about her.  I will admit that her whining did grate on me after a while.  I could have done with less of Wendy waxing on about Jeffrey and their relationship.  Tom is looking forward to the Paris nightlife while Bill will be able to see his girls every weekend.  Tom is a charmer and his character provided levity to the book.  Tragedy has a way of making people evaluate their lives as we see in Turning Point.  It was interesting to learn more about the roll of trauma doctors and how emergency services operates in another country.  I did find some of the medical information presented to be intricate and I would find myself skimming through that paragraph.  Other medical knowledge imparted was straightforward and easy to understand.  There is, of course, romance in the story but it is light.  I liked the Parisian medical professionals and how their stories mixed with the doctors from San Francisco.  It is amazing how chaos can bring about change.  I am giving TurningPoint 4 out of 5 stars (I liked it).  Those readers who are addicted to Grey’s Anatomy will enjoy reading Turning Point.  I look forward to Ms. Steel’s next book which is Silent Night out on March 5.

Thank you for stopping by today and reading my review.  I will feature The Promised Amish Bride by Marta Perry tomorrow.  It is the third book in Brides of Lost Creek series.  I hope you have a smashing day.  Take care and Happy Reading! 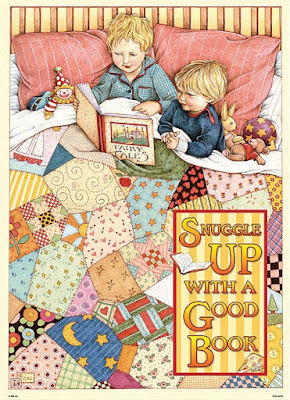