Death of a Russian Doll by Barbara Early

Christmas is almost upon us!  Are you ready?  Barbara Early earned an engineering degree, but, after four years of doing nothing but math, she developed a sudden allergy (I do not blame her).  Barbara decided to try another profession.  She was a secretary, school teacher, pastor's wife, and an amatuer puppeteer.  Then she began writing cozy mysteries which allowed her to come up with creative ways to murder people.  Barbara lives with her husband in Western New York, where she enjoys cooking, crafting, classic movies, campy seventies shows, board games and posting pictures of her four cats on Facebook.  Barbara writes A Vintage Toy Shop Mystery series and under the pen name Beverly Allen she writes A Bridal Bouquet Shop Mysteries. 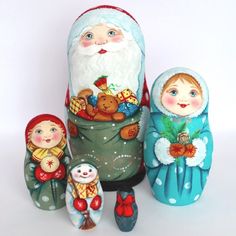 Death of a Russian Doll by Barbara Early takes us back to East Aurora, New York where Liz McCall manages the family’s vintage toy shop, Well Played.  Liz is not pleased when her beau, Chief of Police Ken Young introduces her to his estranged wife, Marya (he really should have mentioned that he was married).  The toy shop has taken on the project of refurbishing dolls to give to children in need for Christmas and they are seeking volunteers to fix hair, paint faces, and knit clothing.  Marya, a hairdresser who works at the barber shop next to Well Played, offers to do the hair much to Liz’s dismay (what is a girl to do but smile and say thank you).  Liz is disturbed late one evening when police arrive at the barber shop next door.  Detective Howard Reynolds informs Liz that Marya was found dead by Ken with a hair dryer cord wrapped around her neck.  Ken is at the top of the suspect list thanks to the loud argument he had with Marya the day before she died.  Liz’s dad and former police chief, Hank McCall is asked to investigate the murder and Ken is suspended from duty.  Liz works with Ken to gather clues and find Marya’s killer.  In addition, Liz needs to find a sponsor for the doll project and something strange is happening with the matryoshka dolls in the shop.  Join Liz on her latest case in Death of a Russian Doll. 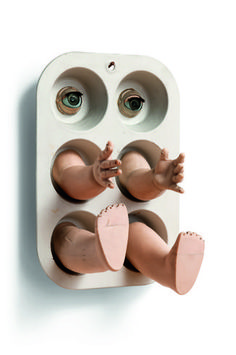 Death of a Russian Doll by Barbara Early is the third A Vintage Toy Shop Mystery.  I recommend reading the series in order.  Otherwise, you will be missing some of the background information on the main characters.  Liz McCall becomes embroiled in another murder investigation when Ken Young, the local chief of police and her beau, is accused of murdering his Russian wife, Marya.  Liz has been dating Ken for a while and this is the first she has heard about Ken being married.  While Liz’s father is in charge of the investigation, Liz has no intention of sitting out the case despite the extra workload at the shop plus finding a sponsor for the doll project.  I like the vintage toy shop owned by the McCall family called Well Played.  I enjoy the inclusion of the toys carried in the shop (a nice variety that bring back memories).  The mystery was complex but with a simple solution.  I like how the whodunit is multifaceted.  I would have preferred more active investigating by Liz and less romance.  It seems that Liz has accumulated three romantic interests (I am not kidding).  There was too much time devoted to romance and not enough to the mystery.  Death of a Russian Doll was an entertaining cozy mystery with good characters, a charming setting, fun toys, family, food, humor, and an intriguing mystery.  Death of a Russian Doll has damaged dolls, a stream of suitors, mystifying Matryoshka dolls, treasured toys, mysterious mate, and meddlesome family members. 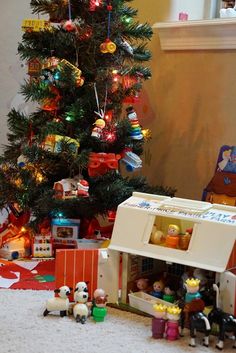 There is Christmas in Death of a Russian Doll so it is a good story to read during the holiday season.  Death of a Toy Soldier and Murder on the Toy Town Express are the first two books in A Vintage Toy Shop Mysteries.  You can find Death of a Russian Doll here on Amazon* (Amazon UK).  Thank you for joining me today.  I hope the rest of your day is restful and happy.  Tomorrow I am sharing my thoughts on Murder in the First Edition by Lauren Elliott.  It is the third A Beyond the Page Bookstore Mystery.  Take care and Happy Reading! 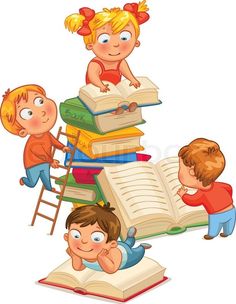