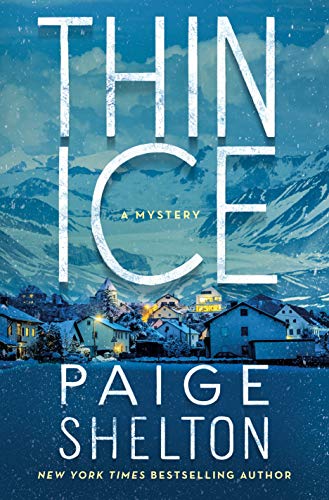 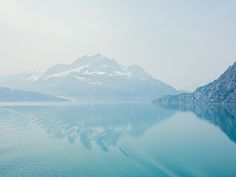 Thin Ice by Paige Shelton has Beth Rivers relocating to Benedict, Alaska.  Beth is best-selling author Elizabeth Fairchild who was held by obsessed fan, Levi Brooks for three days.  She managed to escape him, but Beth had to have brain surgery that resulted in lost memories.  With Levi still on the loose, Beth wants to be safe which means moving to this remote location.  Beth arrives in Benedict and is ill prepared for the weather.  She finds herself living in a halfway house with parolees and in a town where everyone has secrets of their own.  Beth has not even settled into her room when she learns that a local resident was found dead and foul play is suspected.  Sheriff Gril Samuels has the perfect cover for Beth plus it provides him with some needed assistance.  The local newspaper, Benedict Junction has been out of commission since the owner’s death.  Gril suggests Beth resurrect it as well consult with him on his new case.  As Beth adjusts to her new home and noses around into the death of Linda Rafferty, the memories from those three days begin resurfacing.  She hopes that her recollections will help the police locate her kidnapper so she can back home.  Beth has some challenges ahead of her.

Thin Ice by Paige Shelton is an intriguing new mystery.  Beth Rivers is her real name, but most people know her as Elizabeth Fairchild, a best selling author.  After escaping from a passionate fan, Beth decides to disappear into the Alaskan wilderness.  After a search online, Beth picks Benedict, Alaska.  Beth soon discovers that she is not the first person to have selected this remote town as a hiding place.  Beth arrives to find one of the residents has died and Sheriff Grilson Samuels suspects foul play.  Beth is given the unpaid job of running the local “newspaper” as well as being a consultant to Gril.  As Beth delves into the victim’s life, memories of the three days held captive surface.  As you can tell, there are multiple storylines in Thin Ice.  I like the unique characters that live in Benedict.  Each one of them has their own reason for being in this isolated town which means there is a lot of fodder for future books.  It will be interesting learning about each of these individuals.  I am especially curious about Donner Montgomery’s story (the park ranger).  Viola runs Benedict House (sounds like an elegant hotel) which Beth discovers is a halfway house for parolees. Viola reminds me of a female Indiana Jones with her hat and ever present gun.  I am not a fan of Beth’s mother.  She is a woman with issues of her own and the last thing Beth needs in her life.  The mystery surrounding the death of Linda Rafferty was complex along with kidnapping of Beth.  Only one of them is solved by the end of the book.  Beth was on edge throughout the story which is understandable.  The poor woman has been through a terrible ordeal and the man who caused it is still on the loose.  Beth is also in a new town where a murder just took place and the residents tend to be secretive.  I like how Donner takes the time to make sure Beth is equipped for the harsh weather and gives her rules to follow (she needs them).  I enjoyed Paige’s descriptions of the Alaskan landscape which she brought alive with her vivid word imagery.  I would also envision the characters especially Beth with her vivid scar. The only disappointment is not knowing how long we must wait for the next book in the Alaska Wild Mysteries.  Thin Ice is a suspenseful mystery novel with the cruel climate, a mysterious murder, a crazed captor, close mouthed citizens, and missing memories. 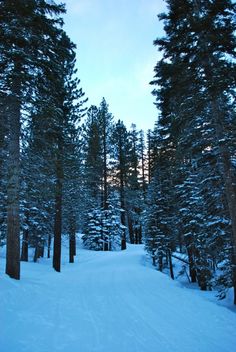 Thin Ice can be purchased here* (Amazon UK). You can find other books by Paige Shelton here on Amazon.  Thank you for dropping in today.  An Amish Wedding Feast on Ice Mountain by Kelly Long is on deck for tomorrow.  It is the sixth book in The Amish of Ice Mountain series.  I hope that you have a day filled with smiles.  Take care and Happy Reading! 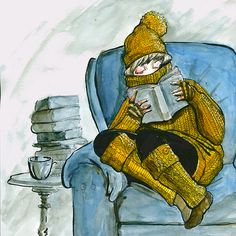