Good Girls Lie by J.T. Ellison: Excerpt, Q & A with the Author, & My Review 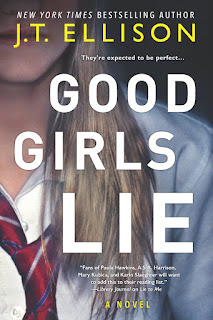 Welcome!   J.T. Ellison is the New York Times and USA Today bestselling author of more than twenty novels, and the EMMY-award winning co-host of A WORD ON WORDS, Nashville's premier literary show. With millions of books in print, her work has won critical acclaim, prestigious awards, and has been published in 26 countries. Ellison lives in Nashville, Tennessee with her husband and twin kittens.  Visit J.T. Ellison's website to sign up for her newsletter, read her blog, and so much more.  Readers can follow J.T. Ellison on Facebook (@JTEllison14), Twitter (@thrillerchick), Goodreads, Instagram (@thrillerchick), and Bookbub. 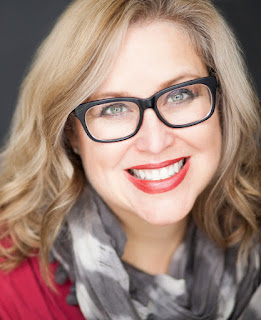 • Which one of Good Girls Lie’s characters was the hardest to write and why?
Ash, for sure. She was so elusive and aloof with me. The Britishisms, the secrets, the lies, she was always just out of reach. Of course, that was because I’d written her in third person. When I switched her to first, she wouldn’t shut up.
• Which character in any of your books (Good Girls Lie or otherwise) is dearest to you and why?
Oh that’s an impossible question. Taylor. Sam. Sutton. Vivian. Ash. Aubrey. Ivy. Juliet. Lauren. Becca. Gavin. Baldwin. Xander. They are all me, on some level, whether it’s a fear or a triumph, a flaw or a heroic action. A moment of love or a moment of animosity. It’s like asking me to choose among my children, which one is my favorite. (I don’t have kids, by the way, but I couldn’t pick my favorite of my kittens, either.)
• What book would you take with you to a desert island?
Hmmm… my knee jerk is the Harry Potter series – I know, I know, that’s seven books, but I’m sure there’s an omnibus edition somewhere. The fight for good and evil never ceases to amaze and comfort me. Knowing love conquers evil is a big deal in this world. And Hermione kicks ass. If I’m forced into a single title, Plato’s Republic. I’ve been obsessed with the allegory of the cave my entire adult life.

• Best TV or Movie adaptation of a book?
Clueless, hands-down the best adaptation of Austen’s Emma ever, and I’ve been enjoying A Discovery of Witches, based on the fabulous books by Deborah Harkness. Outlander isn’t bad, either. And Game of Thrones… obviously, I don’t include anything past the second episode of the final season of that, though I did enjoy the whole Deanarys-Drogon airborne apocalypse. I mean, talk about a girl who had reason to be aggravated with society.
• What was the last thing you read?
I just finished Holly Black’s THE QUEEN OF NOTHING, the finale of her Folk of the Air trilogy, and just finished listening to BAG OF BONES by Stephen King. Both were exceptional. 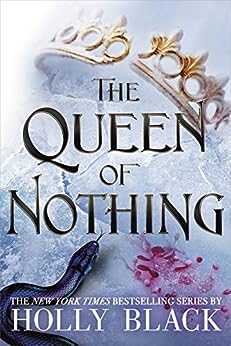 • Your top five authors?
Diana Gabaldon (Who doesn't love the Outlander series!)
JK Rowling
Deborah Harkness (She is one of my favorites too!)
Leigh Bardugo
Sarah J. Maas
• Tell us about what you’re working on now.
I’m writing a novel about a destination wedding that goes very, very wrong. It has loose ties to Rebecca, and it titled HER DARK LIES.

Perched atop a hill in the tiny town of Marchburg, Virginia, The Goode School is a prestigious prep school known as a Silent Ivy. The boarding school of choice for daughters of the rich and influential, it accepts only the best and the brightest. Its elite status, long-held traditions and honor code are ideal for preparing exceptional young women for brilliant futures at Ivy League universities and beyond. But a stranger has come to Goode, and this ivy has turned poisonous.


In a world where appearances are everything, as long as students pretend to follow the rules, no one questions the cruelties of the secret societies or the dubious behavior of the privileged young women who expect to get away with murder. But when a popular student is found dead, the truth cannot be ignored. Rumors suggest she was struggling with a secret that drove her to suicide.

But look closely…because there are truths and there are lies, and then there is everything that really happened.

J.T. Ellison’s pulse-pounding new novel examines the tenuous bonds of friendship, the power of lies and the desperate lengths people will go to to protect their secrets. 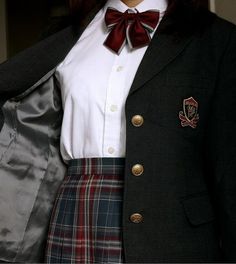 Good Girls Lie by J.T. Ellison is a riveting novel of suspense.  The Good School is a prestigious prep for young ladies that resides in Marchburg, Virginia.  This boarding school is for the intelligent daughters of the rich and powerful.  They will receive a superior education that will get them into an Ivy league school and prepare them for a brilliant and influential future.  But not everything is at it seems at this school.  A new student arrives from Oxford, England who causes quite a stir.  One student ends up dead and the truth must be uncovered.  J.T. Ellison’s writing drew me into this engaging story.  I enjoyed the author’s descriptive writing which allowed me to visualize the scenes. Virginia sounded beautiful in the fall.  I thought the characters were thought out and developed.  There are alternate points-of-view which I liked (Ash, Becca Curtis, and Dean Westhaven for example).  It allows readers to view the events from different perspectives plus it keeps the tension up.  Details are revealed a little at a time to keep readers guessing.  Good Girls Lie is packed with secrets and deceptions.  I kept trying to guess what is true and what is false.  I just loved the fabulous twist.  I thought the creepy aspects enhanced the story.  There is a great ending where all the loose ends are wrapped up.  Good Girls Lie has tradition, secret societies, hazing, deceits, clandestine relationships, jealousy and murder.   As you can tell, I enjoyed reading this thrilling suspense tale. Good Girls Lie is a book that will keep you riveted until you finish the very last word.

There are truths, and there are lies, and then there is everything that really happened, which is where you and I will meet. My truth is your lie, and my lie is your truth, and there is a vast expanse between them.

Six feet tall, glowing skin, a sheaf of blond hair in a ponytail. She wears black jeans with rips in the knees and a loose green-and-white plaid button-down with white Adidas Stan Smiths; casual, efficient travel clothes. A waiter delivers a fresh cup of tea to her nest in the British Airways first-class lounge, and when she smiles her thanks, he nearly drops his tray—so pure and happy is that smile. The smile of an innocent. 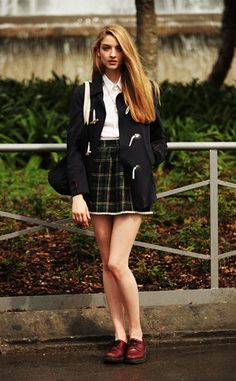 Or not so innocent? You’ll have to decide that for yourself. Soon.

She’s perfected that smile, by the way. Practiced it. Stood in the dingy bathroom of the flat on Broad Street and watched herself in the mirror, lips pulling back from her teeth over and over and over again until it becomes natural, until her eyes sparkle and deep dimples appear in her cheeks. It is a full-toothed smile, her teeth straight and blindingly white, and when combined with the china-blue eyes and naturally streaked blond hair, it is devastating.

Isn’t this what a sociopath does? Work on their camouflage? What better disguise is there than an open, thankful, gracious smile? It’s an exceptionally dangerous tool, in the right hands.

And how does a young sociopath end up flying first class, you might ask? You’ll be assuming her family comes from money, naturally, but let me assure you, this isn’t the case. Not at all. Not really. Not anymore. 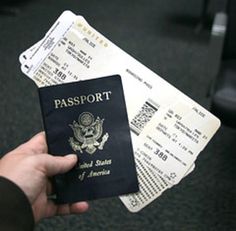 No, the dean of the school sent the ticket.

Because Ash Carlisle leads a charmed life, and somehow managed to hoodwink the dean into not only paying her way but paying for her studies this first term, as well. A full scholarship, based on her exemplary intellect, prodigy piano playing, and sudden, extraordinary need. Such a shame she lost her parents so unexpectedly.

Yes, Ash is smart. Smart and beautiful and talented, and capable of murder. Don’t think for a moment she’s not. Don’t let her fool you.

Sipping the tea, she types and thinks, stops to chew on a nail, then reads it again. The essay she is obsessing over gained her access to the prestigious, elite school she is shipping off to. The challenges ahead—transferring to a new school, especially one as impossible to get into as The Goode School—frighten her, excite her, make her more determined than ever to get away from Oxford, from her past.

A new life. A new beginning. A new chapter for Ash.

But can you ever escape your past? 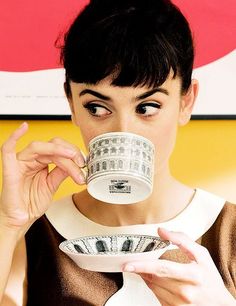 Ash sets down the tea, and I can tell she is worrying again about fitting in. Marchburg, Virginia—population five hundred on a normal summer day, which expands to seven hundred once the students arrive for term—is a long way from Oxford, England. She worries about fitting in with the daughters of the DC elite—daughters of senators and congressmen and ambassadors and reporters and the just plain filthy rich. She can rely on her looks—she knows how pretty she is, isn’t vain about it, exactly, but knows she’s more than acceptable on the looks scale—and on her intelligence, her exceptional smarts. Some would say cunning, but I think this is a disservice to her. She’s both booksmart and street-smart, the rarest of combinations. Despite her concerns, if she sticks to the story, she will fit in with no issues.

The only strike against her, of course, is me, but no one knows about me.

No one can ever know about me. 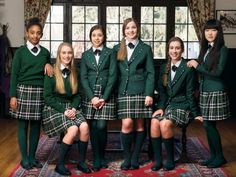 Did that excerpt tempt you?  Good Girls Lie is available at Amazon*, Kobo, Target, iBooks, Amazon UK, Harlequin, Indiebound, Barnes & Noble, Books-a-Million, and Google Play.  Thank you for stopping by today.  On Sunday I share books that I was unable to review when they were released.  So I am featuring Paradox by Catherine Coulter.  It is the twenty-second story in An FBI Thriller series.  I hope that you have a thrilling day.  Take care and Happy Reading! 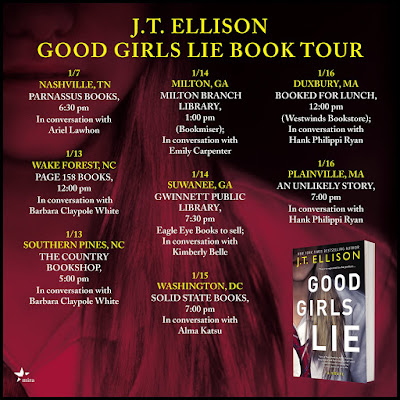 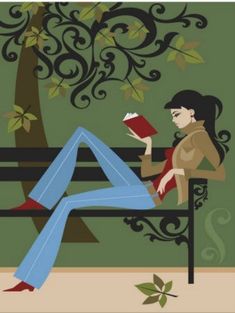