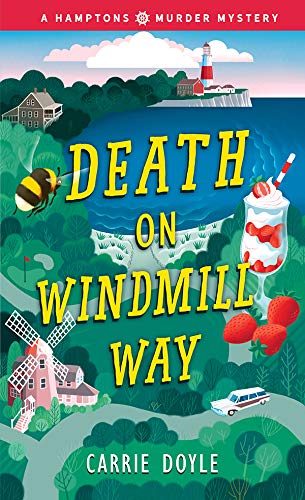 Welcome!  I have been keeping busy inside since it is so hot outside.  I am thankful for the invention of air conditioning!  What is it like in your neck of the woods? 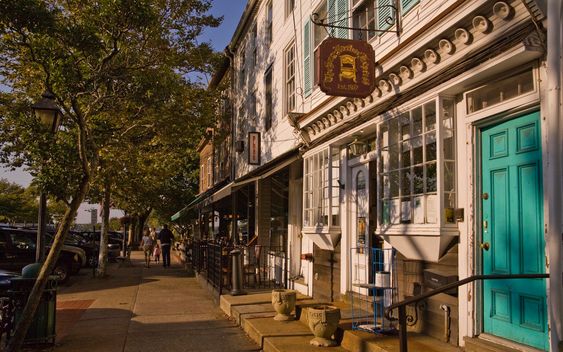 Death on Windmill Way by Carrie Doyle has Antonia Bingham as the new owner of East Hampton’s Windmill Inn.  She acquired the property eight months ago when the previous owner, Gordon Haslett passed.  Antonia is also a chef and has a restaurant inside which is slowly gaining in popularity.  One evening, Len and Sylvia Powers mention that the property is said to be cursed because the previous owners except one have died under suspicious circumstances.  This arouses Antonia’s curiosity, so she decides to investigate.  When the other former owner dies, Antonia sets out to solve that crime as well.  Is there a curse on the inn?  Could Antonia be the next victim? 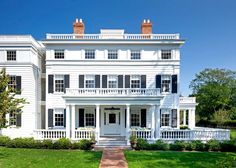 Death on Windmill Way by Carrie Doyle is the first novel in A Hamptons Murder Mystery series.  The cover is just lovely for this cozy mystery.  Antonia Bingham bought Windmill Inn without seeing it in person on the advice of her best friend, Genevieve.  Antonia was anxious for a new start after her divorce from her controlling ex-husband.  The main thing that sold her on the property was the large restaurant because Antonia is a chef who loves to cook.  When Antonia learns that there may be a curse attached to the inn, she decides to do a little snooping.  After all, her childhood nickname was “snoop” per Genevieve and Antonia claims to be a better detective than her former husband.  I had high hopes for Death on Windmill Way, but there were several things that kept me from enjoying this cozy mystery.  Carrie Doyle is a detail-oriented writer.  A person is described down to the color of their nail polish and a room is discussed in detail including where she obtained the fabric and the color of the lamps. Every single person is given this attention along with other properties, rooms, stores, streets, etc.  I felt it was too much detail and bogged down the story.  There was a discourse on bees that went on for several pages and included information that was interesting but not relevant.  There were also some facts in the book that were inaccurate (an example is New York does not recognize common law marriage but a character in the book kept claiming to be Gordon’s common law wife).  There were a variety of characters in Death on Windmill Way.  I liked John Fowler who lives near Antonia and eats at the restaurant each night.  Larry, though, was a piece of work.  I really wish the author had not included the obnoxious man considering how he views women and his inappropriate comments.  Antonia’s best friend, Genevieve is another unlikeable individual.  She is vain and shallow.  I am baffled why Antonia likes Genevieve who cares more about herself than her friend.
The mystery had multiple suspects, red herrings and pointed clues.  The guilty party could easily be identified early in the story.  The reveal scene is reminiscent of Murder, She Wrote, but Jessica Fletcher got to the point much quicker than Antonia.  The reveal scene seemed to go on forever (I lost track if it was two chapters or three) and lacked concrete facts.  Unlike most cozies, this one does contain foul language.  Death on Windmill Way contains 416 pages which could have easily been edited down with the elimination of repeated case details and the overly descriptive sentences.  The author failed to develop the main character (I know it is shocking, but true).  We are given scant details on her past.  Antonia needs to be fleshed out and made more likeable.  I found Antonia to be contradictory.  She carefully furnishes each room in the inn paying close attention to every detail, but then she lets someone she does not know control the finances.  Antonia seems to be unaware that she has overspent on renovations and not bringing in enough income to pay the number of people she has employed.  I also felt the romance was too soon for Antonia after what she had been through with her husband and she seemed a little obsessed with the man (searching for him each day).  A Hamptons Murder Mysteries has potential.  It just needs editing and rewriting to help achieve it.  The food sounded delectable and the town sounded lovely.  Death on Windmill Way is a culinary cozy mystery with a curious curse, bewildering bees, a fashionista friend, bothersome bookkeeping, and a chef cooking culinary cuisine.
Death on Windmill Way releases June 30 and can be pre-ordered from Amazon*.  The other novels in A Hamptons Murder Mystery series Death on Lily Pond Lane (will be out on August 25), Death on West End Road (published on November 24, and Death on Bull Path (releases March 30, 2021).  Please remember that every reader views a book differently.  Please read a sample to see if a book appeals to you.  Thank you for dropping by today and reading my review.  Tomorrow I am sharing my thoughts on Game of Dogs Bones by Laurien Berenson.  It is the 25th A Melanie Travis Mystery.  I hope you have a mirthful day.  Take care of yourself, stay safe, and Happy Reading! 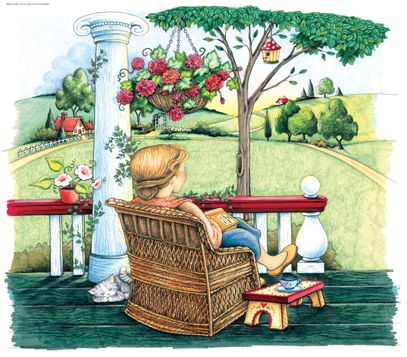