Return to Sender by Tonya Kappes 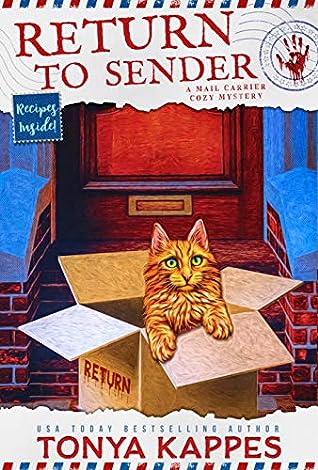 Welcome!  There are a number of new books releasing on June 30.  Here are a just a few of them:  Jane Darrowfield, Professional Busybody by Barbara Ross, The Last Curtain Call by Juliet Blackwell, Nacho Average Murder by Maddie Day, Witch Hunt by Cate Conte, Still Knife Painting by Cheryl Hollon, and A Sprinkling of Murder by Daryl Wood Gerber. 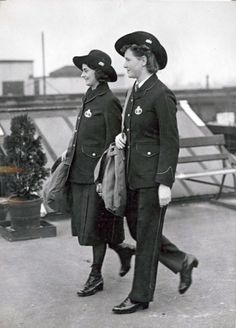 Return to Sender by Tonya Kappes has Bernadette Butler trying yoga on her doctor’s recommendation.  So far Bernadette has not found the exercise that requires her to twist her limbs like a pretzel to be helpful, but she does enjoy the corpse pose at the end.  Bernie has found that yoga has increased her stress instead of reducing it.   Bernadette arrives at work one morning to find the police at the post office.  Someone broke into the post office and ransacked Bernadette’s locker as well as her mail bag.  Bernadette then goes to deliver a certified letter to Simon Little and finds him dead.  Peaches Partin becomes a prime suspect and she requests that Bernie use her skills to clear her name.  Can Bernadette with the aid of the Front Porch Ladies find Simon’s killer or will Peaches be teaching yoga at the local correctional institute?
Return to Sender by Tonya Kappes is the 4th A Mail Carrier Cozy Mystery.  Each book can be read on its own, but they are an entertaining collection.  I laughed frequently while reading Return to Sender.  I enjoy Tonya Kappes’ engaging writing style which draws the reader right in and holds them until the very end.  Bernadette Butler is a fifty-year-old widow with a married grown son, a darling granddaughter, and two fur babies.  She is enjoying her smaller house in town and Bernie loves her job as a walking mail carrier.  Bernie is having relationship regrets especially when she sees Mac Tabor with morning talk show host, Lucy Drake.  Currently Bernie’s biggest issue is menopause symptoms.  The hot flashes are so intense Bernie expects fire to shoot out the top of her head.  I could certainly relate to what Bernadette was experiencing and the scenes were amusing.  The romance was a little more prevalent in this story that in the others in the series.  We get to see Bernadette struggling with her feelings regarding Mac.  She loves him, but, after her first marriage, Bernie feels the need to go slowly.  The mystery had some interesting and clever components.  I like how it all worked together.  The Front Porch Ladies are helpful in gathering intel to help Bernie.  While I was sure I knew the identity of the killer, I enjoyed following Bernie as she solved this whodunit.  The descriptions of Bernie in the yoga class were hilarious.   Her comments about yoga clothing were spot on (especially about the pants).   Return to Sender contains good writing with realistic, developed characters set in a charming, small Southern town.  There is friendship, community, and Southern charm.  Return to Sender is a witty tale with a delightful duck, horrible hot flashes, a glaring green-eyed monster, boundless baked goods, and a messed-up murder.

You can read the first chapter by clicking here.  Join Tonya Kappes for a release day giveaway by joining her on Facebook. 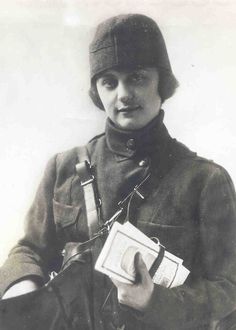 Return to Sender is available from Amazon* and can be borrowed through Kindle Unlimited.  The other three novels in A Mail Carrier Cozy Mystery series are Stamped Out, Address for Murder, and All She Wrote.  All of them can be borrowed through Kindle Unlimited.  Tonya Kappes' next book is A Charming Deception which will be out on July 30.  It is the 13th novel in A Magical Cures Mystery series.  Summer Snoops:  Down Under publishes on July 28.  It contains twelve novellas from twelve authors.  Tonya Kappes has written a story for this collection.   If you enjoy lighthearted, humorous stories, then you will enjoy Tonya Kappes' novels.  Thank you for dropping by today.  I will be back tomorrow with A Bride of Convenience by Jody Hedlund.  It is the 3rd novel in The Bride Ships series.  May you have an amusing day.  Laughter is good for the soul.  Take care, stay safe, and Happy Reading! 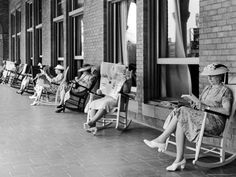