Running Out of Time by Cindi Myers: Q&A with Cindi Myers along with review 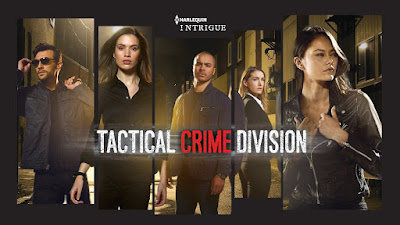 The Tactical Crime Division—TCD—is a specialized unit of the FBI. Because of the growing concerns and need for ever increasing response time to criminal events, the FBI created a specialized tech and tactical team combing specialists from several active divisions that include: weapons, crime scene investigation, protection, negotiation and IT.  Each title can be read as a standalone novel, featuring a unique hard to solve crime case.

Watch this book trailer for the Tactical Crime Division: https://www.youtube.com/watch?v=aGQTOGlXW-c 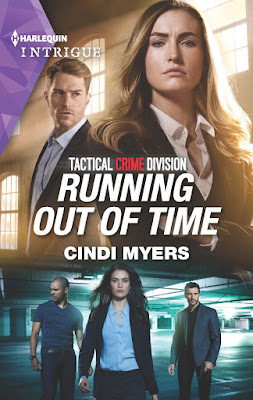 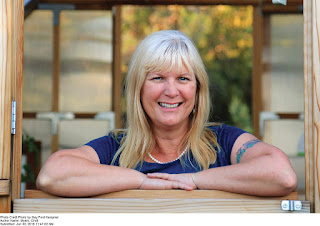 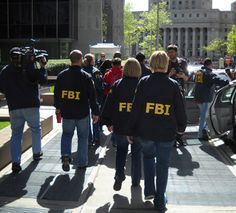 Q & A with Cindi Myers


The Tactical Crime Division is a specialized unit of the FBI. Did you do any research before writing about this type of fast-paced, high-adrenaline lifestyle?

I didn’t read this specifically for this series, but I did recently read Secrets of the FBI by Ronald Kessler. He has a section in his book on TacOps teams in the FBI, which gave me a feel for that kind of operation. And because Running Out of Time deals with an incidence of medication poisoning, I read a lot about the Tylenol poisoning case in 1982. Writing mystery and suspense takes you down so many interesting paths!

The Tactical Crime Division series includes four books written by four different authors; what was it like to collaborate with other authors and how did you decide who got to write each storyline?

Harlequin assigned each author to a particular storyline. Since each story is stand-alone, we didn’t all work together closely, though I really enjoyed getting to know Carla, Liz, and Nichole a little better as we emailed back and forth about this project. We were all excited to have been chosen to write these stories. I worked most closely with Nichole since the heroine of Midnight Abduction, Anna Sophia Ramirez, also plays a prominent role in Running Out of Time. 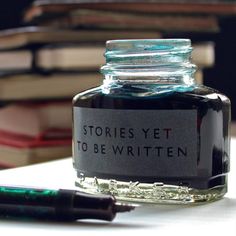 So many good books – so little time! And too little space here. Right now, I’m reading Stephen King’s 11/22/63, which deals with time travel and the JFK assassination – fascinating stuff. And I just finished Julie Miller’s Target On Her Back, which I loved.

Running Out of Time by Cindy Myers has Agents Laura “Smitty” Smith and Jace Cantrell going undercover in Mayville, West Virginia.  Someone has tampered with Stroud’s Stomach Soothers causing six deaths and two people to be hospitalized.  Laura and Jace are going to pose as a married couple and will be working at Stroud’s.  They are enjoying dinner out after their first workday when there is an explosion.  Someone planted a bomb on one of the factory doors at Stroud’s causing another death.  Are the poisoner and the bomber the same person?  The Tactical Crime Division needs to find out before another individual dies.  Running Out of Time is the 4th novel in the Tactical Crime Division series.  Each book in this series can be read on its own.  The four books go well together, and I enjoyed reading the TCD series.   I thought Running Out of Time was well-written and it moved along at a quick pace.  There was plenty of action in this romantic suspense with poisoning, bombings, and bedroom activities.  Sparks flew between Laura and Jace.   They say that opposites attract and that is the case with this pair. There are steamy intimate scenes between Laura and Jace (I am surprised the trailer windows did not steam up).  I liked that we get to learn more about Jace and Laura.  You get a better understanding of their behavior once you learn about their backgrounds.  The mystery was intriguing.  I wish it had been more challenging to solve, but I did enjoy the mystery and suspense.  There was some humor mixed in there as well such as when Laura first sees their accommodations in Mayville.  Running Out of Time has suspense, action, mystery and romance blended into one entertaining story. 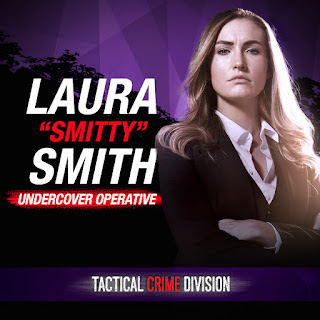 “We’ve got another tough case on our hands.” Jill Pembroke, director of the FBI’s tactical crime division, surveyed her team from the head of the conference table in the Bureau’s Knoxville headquarters. “One that re-quires a great deal of discretion.”

Something in the director’s tone made Agent Laura Smith sharpen her focus. Pembroke, with her well-cut silver hair and feminine suit, might be mistaken for a high society grandmother, but she was as hard-nosed as they came, and not prone to exaggeration. That she reminded her team of the need for discretion pointed to something out of the ordinary. 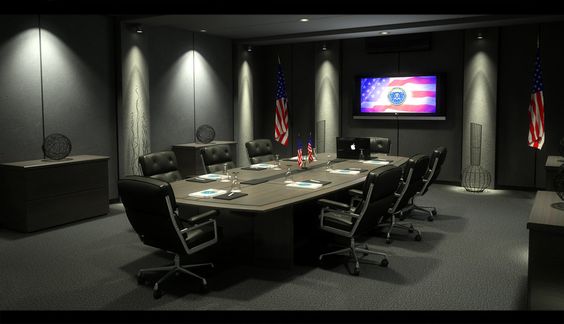 The door to the conference room opened and a man slipped in. Tall and rangy, Agent Jace Cantrell moved with the grace of an athlete. He nodded to the director and eased into the empty seat next to Laura. No apology for being late. Typical. Laura slid her chair over a couple of inches. Cantrell was one of those men who always seemed to take up more than his share of the available space.

“We’re going to be investigating product tampering at Stroud Pharmaceuticals in Mayville, West Virginia.”  Director Pembroke stepped aside to reveal a slide showing a squat factory building set well back on landscaped grounds.

“The antacid poisonings.” Agent Ana Ramirez spoke from her seat directly across from Laura. She tucked a strand of dark hair into the twist at the nape of her neck, polished nails glinting in the overhead light. “That story has been all over the news.”

“Do the locals not want the FBI horning in?” Agent Davis Rogers—the only member of the team not wearing the regulation suit—sat back in his chair beside Ramirez, looking every bit the army ranger he had once been. “Is that why the extra discretion?”
“No, the local police are happy to turn this over to us,” Pembroke said. She advanced to the next slide, a listing of the deaths—six so far, with two additional people hospitalized—attributed to Stroud’s Stomach Soothers, a natural, organic remedy that claimed a significant share of the market as an alternative to traditional antacids. “This hasn’t been released to the public, but the poison in the contaminated tablets was ricin.”

Laura would have sworn the temperature in the air-conditioned room dropped five degrees. “Any suggestion of a link to terrorism?” Hostage negotiator Evan Duran, bearded and brooding, spoke from the end of the table. “Anybody claiming credit for the deaths?”
Pembroke shook her head. “At this point, we aren’t assuming anything. Obviously, we want to avoid panicking the public.”  “The public is already panicked,” Rowan Cooper, the team’s local liaison, said. “People have been organizing boycotts of all Stroud products.” She absently twisted a lock of her jet-black hair, brow furrowed. “We’ll need a strategy for managing the public’s response.”

“The facility where the Stomach Soothers were manufactured has been closed for the time being and the product is being pulled from store shelves,” Pembroke said. “But another facility in town, which manufactures other items, remains open, and the company has reduced hours and reassigned as many employees as possible to the single plant. The company, the town, even the state officials, are very anxious to downplay this tragedy and get Stroud up and running full-speed as soon as possible.” 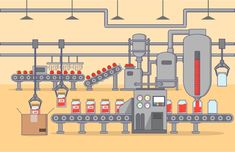 “Why do that?” Kane Bradshaw, Agent-at-Large, said. Laura hadn’t noticed him until now, seated as he was behind her and apart from the rest, almost in the shadows. Kane always looked as if he’d just rushed in from an overnight surveillance, all wind-blown hair and shadowed eyes. The fact that he was here spoke to the gravity of this case. While always on hand when the team needed him, he wasn’t much on office decorum.

“Jobs.” Cantrell’s voice, deep and a little rough, like a man who smoked two packs a day, sent a shiver through Laura. He didn’t smoke, but maybe he once had. “Stroud Pharmaceuticals is one of the biggest employers in Boone County,” he continued. “The coal mines are shutting down, and there isn’t a lot of other industry. Stroud has been a savior to the community. They—and the officials they elected—are going to do everything in their power to keep the company running and redeem its reputation.” 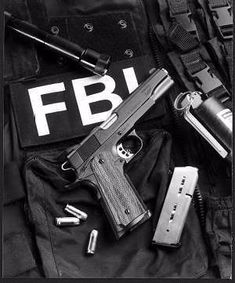 “Even covering up murder?” Laura asked.  Cantrell turned to her, his gaze cool. “I doubt they want to cover it up, but they’ll definitely downplay it and keep it quiet.” “They want us to help, but they don’t want us to be obvious.” The youngest member of the team, computer specialist Hendrick Maynard, jiggled his knee as he spoke. A genius who looked younger than his twenty-six years, Maynard never sat still.

“Precisely.” Director Pembroke advanced to another slide of a small town—tree-shaded streets lined with modest homes, some worse for wear. A water tower in the distance displayed the word Mayville in faded green paint. “Agents Smith and Cantrell, you are to pose as a married couple and take jobs at the Stroud factory. Investigations so far point to the poisonings having originated from within the plant itself, so your job is to identify possible suspects and investigate. Agent Rogers, you’ll be in town as well…” 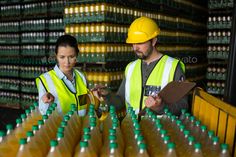 Laura didn’t hear the rest of the director’s assignments. She was focused on trying to breathe and holding back her cry of protest. She and Cantrell? As a couple? The idea was ridiculous. He was rough, undisciplined, arrogant, scornful…

“You look like you just ate a bug.” Cantrell leaned to-ward her, bringing with him the disconcerting aroma of cinnamon. His gravelly voice abraded her nerves. “Don’t think I’m any more excited about this than you are.” 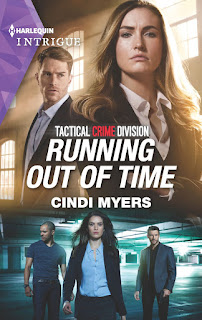 Running Out of Time is available from Amazon*, Barnes & Noble, Google, IndieBound, and Harlequin.  You can find Running Out of Time here on Goodreads.  The other novels in the Tactical Crime Division series are 48 Hour Lockdown, Secret Investigation, and Midnight Abduction.  You can find Cindi Myers others novels here.  Thank you for joining me today.  I hope you have discovered a new book to read (or a series of them).  Tomorrow I am reviewing The Woman in the Green Dress by Tea Cooper.  I hope you have a sparkling day. Wish me luck as I am attempting to sew today.  I can do the basics, but no one should expect straight seams.  My mother and I are attempting to make our own masks.  I already have the fabric (one fabric features the characters from Little Women) and the elastic so it will not cost me anything to make them (except time).  We will see how they turn out (I will take pictures of the finished product--if I finish).  Take care, stay safe, and Happy Reading! 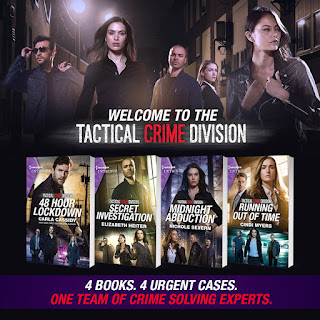 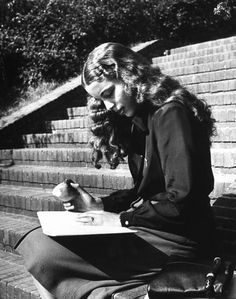