A Fatal Fiction by Kaitlyn Dunnett 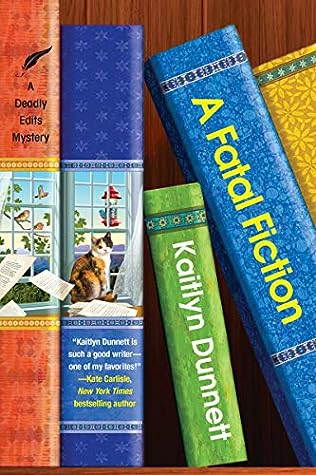 Welcome!  I got a thesaurus recently.  It's nothing to write house about!  A friend has his thesaurus stolen.  He's lost for words.  I could not resist sharing these jokes with you today since they tie in with Mikki French the main character in A Fatal Fiction.  Dog-Gone Dead by Jackie Layton and Hairballs & Homicide by Ruth J. Hartman release on June 26.  Mums and Mayhem by Amanda Flower will be out on August 11 along with Peachy Scream by Anna Gerard.  For Whom the Book Tolls by Laura Gail Black will publish on September 8 and so will Murder Most Sweet by Laura Jensen Walker.  Are any of these new cozies on your wish list?

A Fatal Fiction by Kaitlyn Dunnett has Mikki Lincoln working with Sunny Feldman on her memoirs in Lenape Hollow, New York.  Mikki is at the gas station when Greg Onslow comes storming up to her and accuses her of sabotaging his latest project.  Greg purchased the crumbling Feldman’s Catskill Resort Hotel from Sunny which he is in the process of demolishing.   After one insult too many, Mikki ends up losing her temper causing a spectacular scene at the crowded gas station.  The next day, Mikki is working with Sunny at the library when she learns that Greg Onslow was found dead at the site of the old resort hotel.  Mikki soon learns that she is at the top of Detective Brightwell’s suspect list since her altercation with the victim went viral.  Mikki has no choice but to prove her innocence before she finds herself teaching English grammar to inmates. 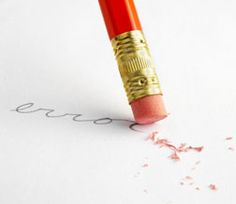 A Fatal Fiction by Kaitlyn Dunnett is the 3rd A Deadly Edits Mystery.  It can be read as a standalone if you are new to this series (or skipped a book).  The author has a casual writing style which makes the story easy to read.  I enjoyed the descriptions of the town and the surrounding area.  The pacing varies throughout the story.  Mikki Lincoln is seventy years old and a widow.  After her husband’s death, she moved back to her hometown of Lenape Hollow.  Mikki also purchased her childhood home and spent most of her retirement money fixing it up.  Mikki is a retired English teacher.  She takes those skills to begin a manuscript editing business out of her home.  Grammar is a theme featured throughout the series with helpful tips at the end of the book.  Mikki rarely loses her temper, but Greg Onslow pushed her buttons when she was filling up the tank of her car.  Unfortunately, the whole scene was caught by someone wielding a cell phone and posted online.  When Onslow ends up murdered, Mikki along with her cousin, Luke find themselves suspects.  When the detective seems to focus on the cousins, Mikki sets out to find the true culprit.  I like that Mikki is an older protagonist who brings a mature viewpoint to the cases she investigates.  The mystery had multiple suspects courtesy of Onslow’s swindling ways.  There is a red herring or two to distract the reader.  Devoted cozy mystery readers will have no problem pinpointing the guilty party.  I would have liked a better wrap up of the case.  I was left with a couple of unanswered questions.  Mikki needs to work on her questioning technique.  She is too direct which can come across as rude.  Mikki also feels the need to use her “teacher” voice to put people in their place too often.  Nick, Mikki’s nephew, pays a visit and I found him an annoying individual. I know he was trying to protect his aunt, but his behavior bordered on boorish. Nick and Mikki clashed frequently.   I have trouble liking the characters in this series.  I want them to be more like those in the author’s A Liss MacCrimmon Mystery series.  My favorite line in A Fatal Fiction came from Sunny when she said, “Good riddance to bad rubbish” when she learned Onslow was dead.  A Fatal Fiction is a blithesome cozy mystery with one dead developer, a reckless writer, magnified memoirs, a nagging nephew, and an annoyed aunt. 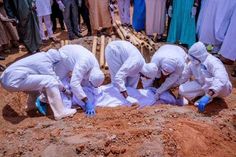 A Fatal Fiction will be out on June 30 and can be obtained from Amazon*.  The first two A Deadly Edits Mystery novels are Crime & Punctuation and Clause & Effect.  Thank you for dropping by today.  Tomorrow I am featuring The Mountains Wild by Sarah Stewart Taylor.  I do hope you have a joyful day.  Take care of yourself and Happy Reading! 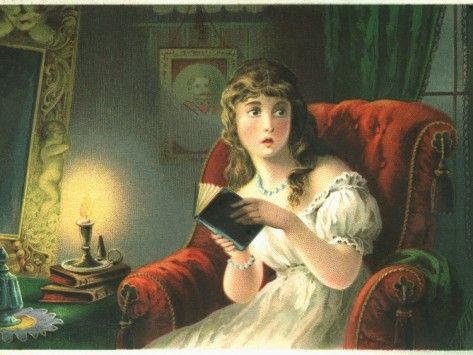