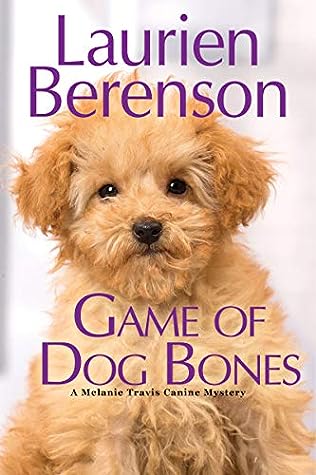 Good Day!  I hope you have had a satisfying week.  Dog-Gone Dead by Jackie Layton is out today.  Dog-Gone Dead is the 2nd book in A Low Country Dog Walker Mystery series.  Bite the Dust is the first book in that series.  Hairballs and Homicide by Ruth J. Hartman published today and it is the debut of A Kitty Beret Cafe Mystery series.  I am looking forward to reading these new cozy mysteries. 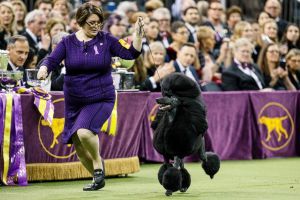 Game of Dog Bones by Laurien Berenson has Melanie Travis and her aunt, Peg Turnbull heading to New York City for the Westminster Kennel Club Dog Show at Madison Square Garden.  Aunt Peg has been invited to judge this year which is a prestigious honor.  The day before the Westminster show, the Paugussett Poodle Club sponsored a judging seminar given by Aunt Peg.  Unfortunately, Victor Durbin decided to host the Empire Poodle Club’s first specialty at the same time and at the same venue.  Victor was ousted from the Paugussett Poodle Club and has focused his angst at Aunt Peg.  Aunt Peg’s judging and television debut goes off without a hitch.  Melanie and her family watched the end of the Westminster show at home and went happily off to bed.  Early the next morning, they get a call from Aunt Peg.  Two New York City detectives showed up on Aunt Peg’s doorstep to question her in the death of Victor Durbin.  Someone pointed Aunt Peg out as Victor’s mortal enemy.  Melanie quickly gets to work so she can clear Aunt Peg of suspicion.  The suspect list is quite lengthy since Victor was known for his unscrupulous business practices and his ill treatment of people.  Melanie needs to quickly whittle down the list so she can identify Victor’s killer.  Of course, Aunt Peg wants to be kept informed.  Can Melanie catch the crafty killer? 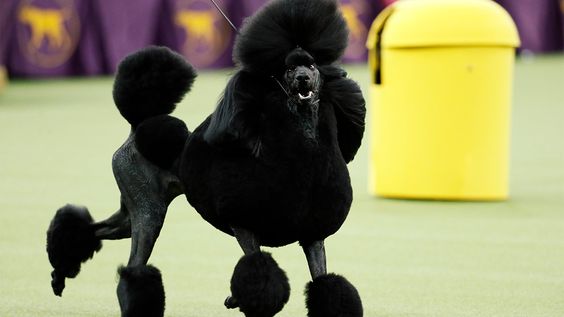 Game of Dog Bones by Laurien Berenson is the 25th A Melanie Travis Mystery.  I have enjoyed following Melanie Travis as she has solved mysteries since A Pedigree to Die For.  Melanie has a happy home life with her husband, Sam and her two children, Davey and Kevin.  Their household also has five poodles and one mixed breed who wreaks more havoc than all the poodles combined.  I just love Faith, Melanie’s favorite poodle.  It is delightful the way Melanie talks to Faith and how the poodle responds.  This series contains great characters from Melanie down to little Kevin.  I like that the characters continue to develop as the series progresses. Melanie received some advice from her sister-in-law, Bertie and I hope she acts upon it.  In Melanie’s household, things are never dull which provides readers with laugh-out-louds moments.  We get to visit the Westminster Kennel Club Dog Show in Game of Dog Bones.  I had no clue so much went into dogs shows.  All the work that goes into preparing a poodle for the ring is fascinating.  Laurien Berenson explains the judging in an easy to understand manner which I appreciate.  Laurien Berenson has a lovely writing style that makes each book a joy to read.  Her books have a smooth flow, good dialogue, relatable and well-rounded characters, and descriptive sentences that makes the reader feel they are right there in the book.  The mystery was thought it with a just the right number of suspects and misdirection.  The clues were present, but not obvious.  The way the crime was carried out was clever.  I liked the reveal which included some unexpected action.  Crawford and Terry get married on Valentine’s Day.  Terry (who is sporting purple hair) is planning the nuptials.  I was surprised that Crawford left it up to the flamboyant Terry.   I love how the book ended.  Game of Dog Bones can be read as a standalone for those new to A Melanie Travis Mystery series.  I am looking forward to reading Howloween when it comes out.  Game of Dogs Bones is an entertaining cozy mystery with precious poodles, a wonderful wedding, dog club drama, a vile victim, a clever crime, and an autocratic aunt. 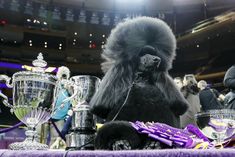 Game of Dog Bones releases June 30 and can be pre-ordered from Amazon*.  You can find the other novels in A Melanie Travis Mystery series here.  The next A Melanie Travis Mystery is Howloween Murder which publishes on August 25 (I cannot wait to read it).  A Christmas Howl by Laurien Berenson is currently available through Kindle Unlimited.  I appreciate you joining me today.  Tomorrow I am featuring Return to Sender by  Tonya Kappes.  It is the 4th A Mail Carrier Cozy Mystery.  I hope you have a blissful day.  Take care, stay safe, and Happy Reading! 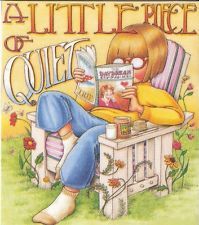