Chilled to the Cone by Ellie Alexander 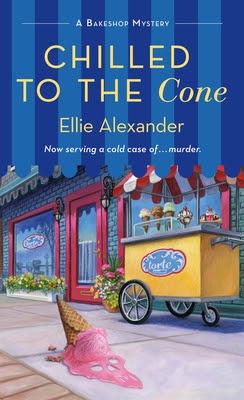 Chilled to the Cone by Ellie Alexander has Juliet “Jules” Capshaw expanding Torte for the summer.  They will be opening Scoops in the Railroad District of Ashland, Oregon which will serve Andy’s creative cold coffees along with creamy ice cream confections.  Jules, Andy, and Sterling are fixing up their new space when they hear screams.  They find Laney on the railroad tracks holding a very still Wizard, an eccentric homeless man who is known for wearing a cape.  Trouble had been brewing in the area for a while which culminated in Wizard’s murder.  Is the trouble over or has it just begun?  Jules intends to find out before her new venture goes up in flames. 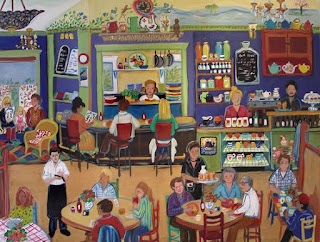 Chilled to the Cone by Ellie Alexander takes us back to Ashland, Oregon when the theater season is about to begin.  Jules Capshaw has an opportunity to open a seasonal shop in the Railroad District.  It would give her a chance to expand Torte’s offerings into iced coffee’s and ice cream.  Jules is worried about taking on more work while Carlos is in town.  She can tell that he is debating about where he wants to spend his future and Carlos has been keeping secrets recently.  With encouragement from her mother and her staff, Jules signs the lease and work begins on the new space (and it needs it).  Plans are derailed when a local eccentric homeless man named Wizard is murdered.  Jules cannot help but delve into the death and the other misdeeds that have been happening in the area.  Chilled to the Cone is the 12th A Bakeshop Mystery.  If you have not read the previous books in the series, I do not suggest you start with Chilled to the Cone.  The storyline regarding Carlos and Jules’ future is finally resolved.  Will Carlos stay in Ashland or return to the cruise ship?  I like that we are seeing growth in the characters.  Jules, Andy, Sterling, Stephanie, Lance, and Thomas are growing in their careers and in their personal lives.  I like how Jules, Helen, the Professor, the Torte staff, and their friends have become one big family. They support each other and are there for each other in times of need. The identity of the killer was a no brainer (it would have been nice if it had not been so obvious).  I would have liked a more complex mystery as well, but I know that it does not go with this series.  There are good details, a couple of suspects, and helpful clues.  Cooking, baking, eating, coffee drinking, and romance abound in this cozy mystery.  I liked the idea of Scoops.  The Torte gang came up with some clever ideas for this pop-up shop.  The ending will leave readers smiling.  Chilled to the Cone is a sweet treat with chilled coffee confections, blooming romances, teen trouble, pop-up problems, a furtive figure, and long anticipated answer. 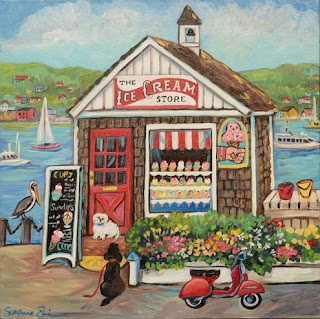 Chilled to the Cone can be obtained from Amazon* along with other major retailers.  You can find the other novels in  A Bakeshop Mystery series here.  The next A Bakeshop Mystery is Mocha, She Wrote which releases June 29.  Thank you for reading my review.  I am a stop on the Great Escapes Virtual Book Tour tomorrow for Murder Can Haunt Your Handiwork.  It is the 3rd book in A Haunted Craft Fair Mystery.  I hope you will stop by to read an excerpt and enter the giveaway.  May you have a cozy day.  Take care, be kind, and Happy Reading! 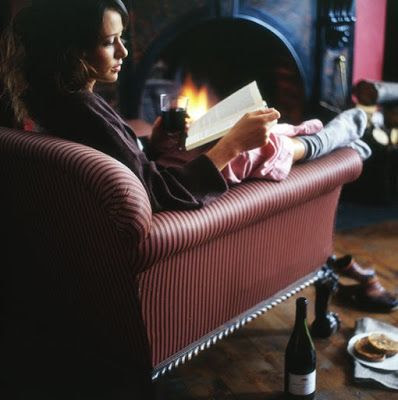