A Wicked Yarn by Emmie Caldwell

A Wicked Yarn by Emmie Caldwell 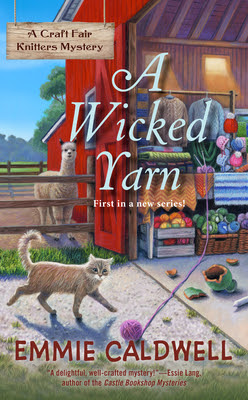 A Wicked Yarn by Emmie Caldwell has Lia Geiger finding Belinda Peebles standing over the body of her ex-husband in the barn that holds the Crandalsburg Craft Fair.  Belinda recently had a very public altercation with the deceased over the fate of the barn.  Lia knows that Belinda is not capable of killing.  Business has slowed down at the craft fair thanks to the news of the killing which has the other vendors as well as Lia’s knitting group, The Ninth Street Knitters worried.  Lia decides to ask a few questions to see if she can uncover the truth.  She gets assistance from her daughter, Hayley who has decided to make a few changes to her life.  When a second victim pops up, Lia knows she needs to work quickly before the killer can strike again. 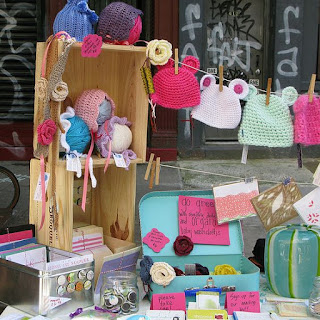 A Wicked Yarn by Emmie Caldwell is the debut of A Craft Fair Knitters Mystery.  We meet Lia Geiger who is a widow who has recently moved to Crandalsburg for a new start.  Lia is a knitter who belongs to the Ninth Street Knitters.  I liked this group of knitters who sell their wares at a booth at the Crandalsburg Craft Fair run by Belinda Peebles.  I enjoyed the lovely descriptions of the yarns and the items they created.  There is also a visit to an alpaca farm.  Lia is creating a sweater from the soft yarn.  I would have liked more information on Lia.  Her last name is not mentioned a third of a way through the book.  Lia’s daughter, Hayley is not happy with her marketing position in Pennsylvania and decides to make a change.  Hayley explores her options while her mother worries about her.  The mystery involves the death of Darren Peebles who is out to hurt his ex-wife through the barn where the Crandalsburg Craft Fair is held.  You can tell right away that Darren will be the victim.  The second victim is equally obvious.  Lia decides to investigate to help her friend and save the craft barn.  She questions various people and comes up with a list of suspects.  Each suspect has a good motive (I am surprised the man was not murdered sooner).  I like that Lia is not one of those amateur sleuths who dives into an investigation and is heedless of her own safety.  The reveal of the killer involves drama and suspense.  Most readers will be able to solve this whodunit before the killer is exposed.  A Wicked Yarn has the cozy part down with knitting, chatting, food preparations, and eating.  I liked the feel of the craft barn and the various vendors (who have created one-of-a-kind-items).  The pacing could have used improvement.  It was slow throughout the middle (lack of action) which had me speed reading through the sluggish sections.  I thought the characters were realistic and I could understand their concerns regarding finances when business slowed down at the craft barn.  A Wicked Yarn is a charming new cozy mystery with a crafty killer, adorable alpacas, daughter drama, comfy knits, and a dead developer. 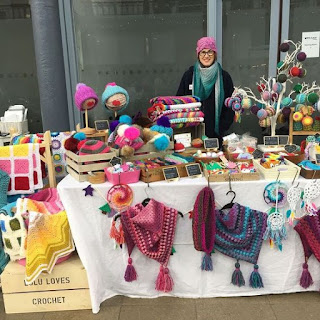 A Wicked Yarn can be purchased from Amazon (paperback and kindle)*.  Emmie Caldwell has written other series under Mary Ellen Hughes which includes A Pickled and Preserved Mystery series plus A Keepsake Cove Mystery series.  You can find the books Emmie Caldwell wrote under Mary Ellen Hughes here.  Thank you for joining me today.  I will return on January 4 with Wrong Alibi:  An Alaskan Mystery by Christina Dodd.  I hope that you have a joyful day.  Take care of yourself, be kind, and Happy Reading! 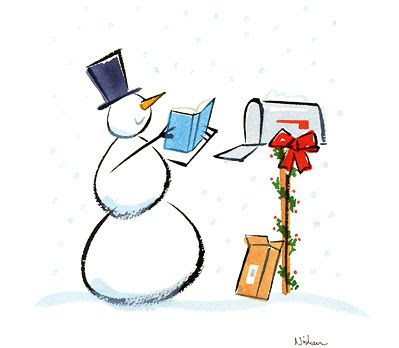