The Girls in Blue by Fenella J. Miller: Excerpt & Review! 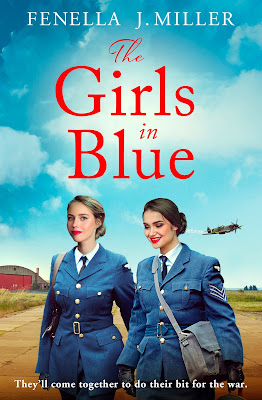 They’ll come together to do their bit for the war.  Jane Hadley has nothing to lose when she runs away to join the Women's Auxiliary Air Force. Whatever faces her in war-torn London can't be any worse than staying at home with her abusive father...

The city is nothing like she could have imagined, but she's soon on the move, travelling from base to base for her top-secret training. Making plenty of new friends along the way, it doesn't take long for Jane to embrace her growing confidence – especially under the attentive eye of dashing Officer Oscar Stanton.

Life as an independent woman is as rewarding as it is exciting, until Jane's father tracks her down and it crashes to a halt. Jane will need all her new-found strength to find her way back to the frontline – and to the man she's fallen for... 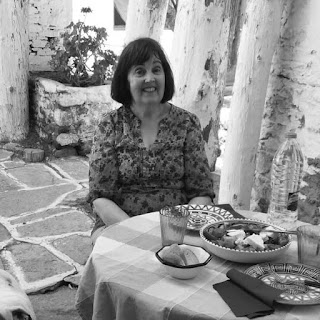 Fenella J Miller was born in the Isle of Man. Her father was a Yorkshire man and her mother the daughter of a Rajah. She has worked as a nanny, cleaner, field worker, hotelier, chef, secondary and primary teacher and is now a full time writer.

She has over thirty eight Regency romantic adventures published plus four Jane Austen variations, three Victorian sagas and seven WW2 family sagas. She lives in a pretty, riverside village in Essex with her husband and British Shorthair cat. She has two adult children and three grandchildren. 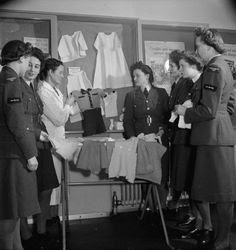 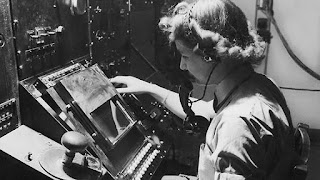 The Girls in Blue by Fenella J. Miller transports readers back to 1939 when war is declared in England.  Jane Hadley has been waiting for this day.  Jane has been beaten by her father regularly for years.  With war declared and her eighteenth birthday the next day, Jane can finally escape.  With help from the vicar and his wife, Jane departs the next day for London where she volunteers for the Women’s Air Auxiliary Force (WAAF).  She trains with Charlotte and Nancy who become her close friends.  Unfortunately, Jane is given a different assignment after training. On the first day at her new location, she has an accident and meets a handsome RAF pilot.  Oscar Stanton would like to be more than friends, but Jane will not allow herself to get close to any man.  Jane trains for a top-secret position and enjoys life in the WAAf.  Her biggest worry is that her father will find her.  One day Jane’s biggest nightmare comes to true.  The Girls in Blue is an appealing and poignant historical novel.  The author has an engaging writing style.  I began reading and I was surprised by how quickly the book flew by.  I could tell the author did her research for this book.  I enjoyed an inside look at the WAAF.  Also included are details on RAF pilots, their assignments, and war events.  It is terrible what Jane endured at the hands of her father (it will have you in tears).   I liked the developed and charming characters.  The Girls in Blue focuses on Jane with chapters from Oscar’s point-of-view as well.  Oscar is a delightful character.  He is a cute RAF pilot with a big heart.  This is an emotional story that will touch your heart.  While I would have liked an epilogue, I understand why we did not get one (part of a series).  I hope we get updates on Jane, Oscar, and Charlotte in the next book.  I look forward to Nancy’s tale in The East End Girl in Blue.  The Girls in Blue is a gratifying historical novel with a toast threat, dog drama, trust troubles, a vicious father, and horrendous hikes. 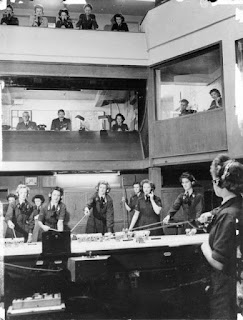 Mrs. and Mrs. Jackson accompanied her to the station.  She’s avoided the early morning train man caught it to his bank in the nearby market town.

‘Good luck, my dear girl, you deserve it. I don’t know when we’ll see you again, but you have our good wishes to take with you.’ The vicar patted her on the shoulder but his wife embraced her.

‘I’ll keep an eye on your mother – don’t worry about her. You have our telephone number and can always ring and tell us your news and I can guarantee it will be passed on to her.’

‘I’ll do that. Thank you for your help. I couldn’t have done this without you. I expect you’ll be busy with evacuees any day now. Your house will be overflowing with children by the end of the week.’ 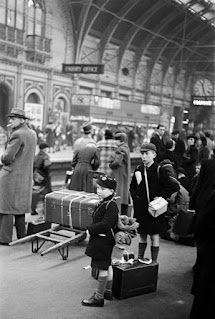 ‘Poor little mites, I expect there’ll be a lot of wet sheets to wash until they settle. Take care of yourself, Jane, and keep in touch if you can.’

The train steamed in and Jane clambered into a ladies’ only carriage. Everything seemed absolutely normal – one wouldn’t have known the country was at war from the way people were going about their business.

There were two other ladies in the compartment who turned to look at her with disapproval. Was her hat not on straight? Were her stocking seams crooked? She straightened her shoulders and ignored them. Whatever they didn’t like about her appearance it was nothing to do with them. Then she shrunk into her seat regretting her behaviour. If she offended these women they might remember her and tell that man. 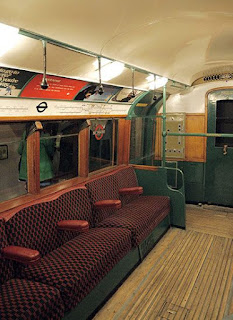 It would have been more interesting to have had a window seat but they were both taken. From what she’d seen on her brief glance in their direction they were about mum’s age, but there the resemblance ended. Whereas Mum was tall, almost as thin as she was herself, with faded blonde hair and watery blue eyes, both of these matrons were stout, wearing tweed suits despite the weather, and sat as if they had an unpleasant smell under their noses.

They must think they were somehow superior to her – if that was so then surely they’d be travelling in first class? The vicar had kindly given her the book she’d started and she revelled in the opportunity to read without interruption.

An hour and a half later she was standing outside the station not entirely sure in what direction she should go to find Victory House in Westminster. A helpful policeman told her she could walk along the embankment or take an underground line called the District and Hammersmith. 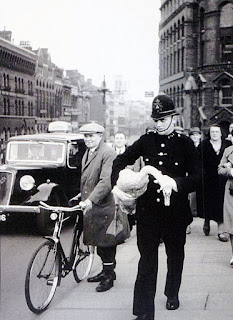 It would be better to travel on the underground as her lack of an essential piece of equipment was less likely to be noticed. She joined a long queue to purchase a ticket and then got hopelessly lost looking for the correct platform. Eventually she arrived where she should be just as a train was due. The whoosh of air as it approached, the ominous rumbling noise, was almost too much. If she hadn’t been pressed forward by those eager to get on, she would have reversed and walked along the embankment instead.

There were no seats and people were packed in like sardines in a can. She’d never liked crowds and being crushed against complete strangers in this intimate fashion made her stomach roil. By the time she arrived her pulse was racing, her palms wet and her head was about to explode.

She threw herself out of the doors and pushed her way through the exiting crowd in a desperate rush to reach the surface and fresh air. Did her panic mean that she was claustrophobic? Most air raid shelters were underground. She would just have to pull herself together if she was going to fit into her new life.

When she arrived at the WAAF recruiting office she was horrified to see there was already a queue almost to Whitehall. Seeing so many eager to join was good for the country but not for her. They couldn’t possibly see everybody today. 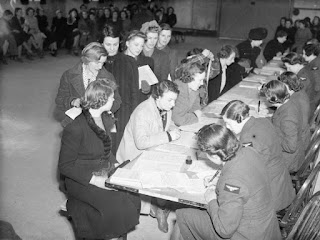 The Girls in Blue is available from Amazon*, Kobo, Google Play, Bookshop, and iBooks.  The Girls in Blue is on Kindle Unlimited (click to get more information on program).  The East End Girl in Blue releases May 6 and it gives us the story of Jane's WAAF friend, Nancy Evans.   You can find Fenella J. Miller's other novels here.  I hope you enjoy The Girls in Blue as much as I did.  I will return tomorrow with Hidden Treasure by Jane K. Cleland.  It is the 13th A Josie Prescott Antiques Mystery.  I was unable to feature this cozy mystery when it came out in December.  I hope that you have a delightful day.  Take care, be kind, and Happy Reading! 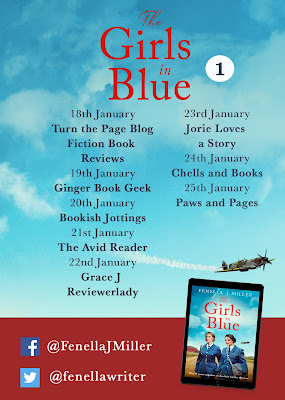