Rhubarb Pie Before You Die by Gin Jones 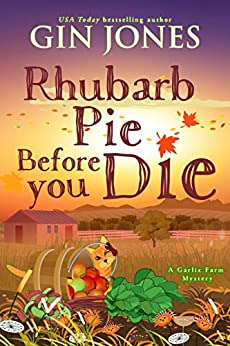 Rhubarb Pie Before You Die by Gin Jones has Mabel Skinner, an introverted app developer, living on the garlic farm she inherited her aunt.    She has the farm up for sale with the hopes it will find a buyer quickly so she can return home.  Mabel does not want just any buyer.  She is determined to find someone who will keep the property as a farm and not turn it into condos or a new home development.  Mabel admits that she will miss the friends she has made and the town.  She is excited when she receives an offer for the farm from a man who states he is excited to begin farming.   Mabel promises her friends and neighbors that she will have her lawyer research the man before the final documents are signed.  In the meantime, Mabel heads off to speak with a local cantankerous rhubarb farmer with whom she had an altercation over organic grass clippings.  She enters the farmer’s greenhouse to locate him since he is not responding.  Mabel soon finds the rhubarb farmer--dead.  Mabel is once again a murder suspect which has her feeling uneasy.  She decides to do a little nosing around to see if she can unearth the killer. 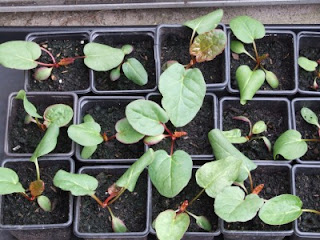 Rhubarb Pie Before You Die by Gin Jones is the 2nd A Garlic Farm Mystery series.  It can be read on its own if you have not read Six Cloves Under.  I found Rhubarb Pie Before You Die to be easy to read with an interesting cast of characters that includes cats.  Mabel is doing her app work as well as keeping the farm running with help from her friends, neighbors, and co-op members.  While Mabel likes the nearby town and the friends she has made, she still wishes to return to her regular life.  She is thrilled when the local realtor finds a buyer for the farm who assures her that he is going to maintain the farm and is eager to get started.  Mabel decides to have her lawyer check out this buyer before signing on the dotted line.  The problem is, though, that her lawyer is failing to answer his phone or return her calls.  Mabel’s life if further complicated when she stumbles upon the local rhubarb farmer dead in his greenhouse after she had a public altercation with him over grass clippings (they are organic which is desirable for the farmers).  Mabel is once again under suspicion which has her donning her sleuthing cap to prove her innocence.  I found Rhubarb Pie Before You Die to be lacking in depth and there is too much repetition especially regarding the list of suspects.  She calls her lawyer who does not answer, feeds the cats, the one cat meows frequently, and the sale of the farm are some of the repetitive scenes.  The mystery was light and can easily be solved by readers.  It was interesting to learn about rhubarb and there are recipes at the end.  I do like that Mabel is an introvert who prefers to work at night (I am the same way).  This gives us a different type of cozy mystery protagonist.  For those looking for an escape story (an easy breezy relaxing story), then you will enjoy Rhubarb Pie Before You Die.    Rhubarb Pie Before You Die is a lighthearted cozy mystery with clipping chaos, fervent rhubarb farmer, cute cats, a neglectful lawyer, and an eager beaver buyer. 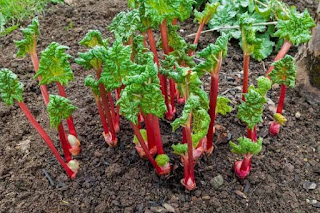 Rhubarb Pie Before You Die is available from Amazon*.  The first book in A Garlic Farm Mystery series is Six Cloves Under which can be borrowed through Kindle Unlimited.  You can find Gin Jones' other novels here.  I appreciate you stopping by today and reading my book review.  Tomorrow I am a stop on the Great Escapes Virtual Book Tour for Wedding Bear Blues.  It is the 4th A Teddy Bear Mystery.  I hope that you have a grand day.  Take care of yourself and Happy Reading! 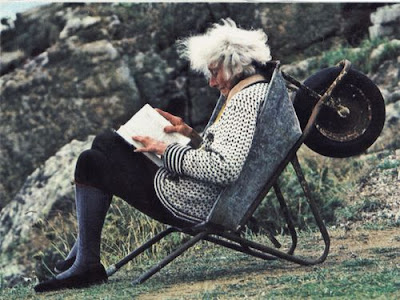