Murder Can Haunt Your Handiwork by Rose Pressey

Murder Can Haunt Your Handiwork

About Murder Can Haunt Your Handiwork 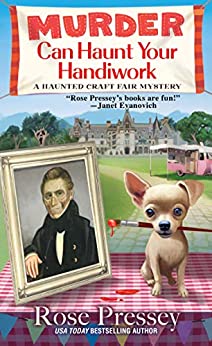 Murder Can Haunt Your Handiwork

Rising up against the beautiful backdrop of the Blue Ridge Mountains, the Biltmore Estate is a magnificent mansion in Asheville, North Carolina, built as a summer home for George Washington Vanderbilt II—yes, of those Vanderbilts—during the Gilded Age. Nowadays, it’s the site of an annual craft fair. Unfortunately, it’s also about to become a crime scene . . .

Celeste is hard to miss as she pulls up with her pink and white Shasta trailer and adorable Chihuahua, Van Gogh—Van for short. But before she can show off her artwork at the fair, a tour guide is found strangled by a velvet rope barrier and a valuable painting goes missing. With a rogues’ gallery of sketchy suspects, Celeste welcomes the help of a pair of handsome detectives—and a ghost with a special interest in the case . . . 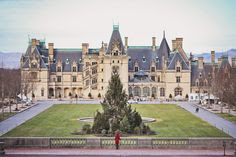 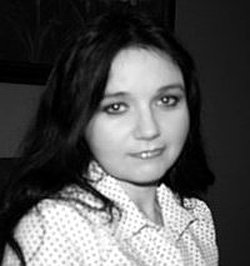 Rose Pressey is the USA Today bestselling author of the Haunted Craft Fair Mysteries and the Haunted Vintage Mystery Series. She enjoys writing quirky and fun novels with a paranormal twist. The paranormal has always captured her interest. The thought of finding answers to the unexplained fascinates her.

When she’s not writing about werewolves, vampires, and every other supernatural creature, she loves eating cupcakes with sprinkles, reading, spending time with family, and listening to oldies from the fifties. Yeah, she loves Elvis. She can’t help myself.

Rose lives in the beautiful commonwealth of Kentucky with her husband, son, and three sassy Chihuahuas. 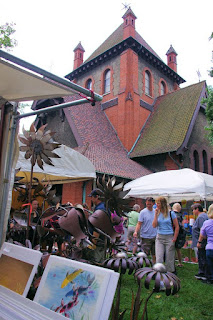 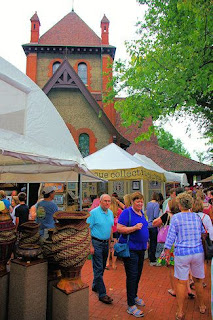 Murder Can Haunt Your Handiwork by Rose Pressey an amusing cozy mystery.  Celeste Cabot is on the Biltmore Estate in Asheville, North Carolina for the Fifth Annual Biltmore Estate Craft Fair.  She was touring the Biltmore Mansion with her family until her father and brothers got them kicked out.  Celeste realizes she has lost her keys and returns to look for them.  Instead of her keys, Celeste finds a strangled female employee.  Celeste returns to her pink-and-white trailer where she is compelled to paint a man from a time long past.  When the ghost of the man in the painting appears, Celeste knows that she must get answers regarding the murder.   Murder Can Haunt Your Handiwork is the 3rd A Haunted Craft Fair Mystery.  Everything a new reader needs to know is included.  I thought Murder Can Haunt Your Handiwork was easy to read thanks to Rose Pressey’s engaging writing style.  Celeste Cabot is a quirky main character who makes her living by selling her paintings at craft fairs.  She has a cute pink truck which pulls her pink-and-white vintage trailer.  Celeste has an adorable Chihuahua named Van (after Van Gogh because of his floppy ear).  Celeste’s family is in Asheville with her along with her best friend, Sammi and her two detective love interests, Caleb Ward and Pierce Meyer.  I do not know how Celeste puts up with her family.  The father and brothers would drive me crazy within five minutes (they are always getting into or causing trouble).  Celeste’s grandmother is a sweetie.  I liked the ghost, Mr. Vanderbilt.  He made some funnbily remarks.  I would have liked to know more about him and the reason for his appearance.  The mystery was straightforward.  There was a small suspect pool and pointed clues.  Celeste follows suspects, asks questions, and eavesdrops on conversations.  She is told repeatedly to stay out of the investigation by Caleb and Pierce (she ignores them both).   Murder Can Haunt Your Handiwork is a droll cozy mystery with a mysterious manifestation, an executed employee, spooky paintings, a frenzied family, and a prying painter. 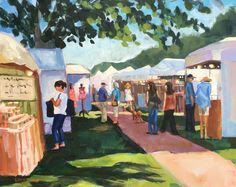 A loud crash echoed across the expanse of the massive room. Screams soon followed. Somehow, I knew the sounds were related to my brothers and/or my father.

They were always in the middle of the chaos. If something destructive happened near them, then they were somehow typically involved.

I dashed around the corner and saw my brother Stevie standing behind the red velvet barrier rope. The space had been blocked off so that tourists would know to stay out. Either my brother chose to ignore the rope and the KEEP OUT warning signs, or he truly was clueless. Honestly, I thought he was just kind of oblivious. My brothers never meant harm. They just lived in their own little world.

My other brother, Hank, stood behind the rope barrier, too. Which one had knocked over the KEEP OUT sign? Fortunately, the large ceramic urn nearby, which I knew had to be an expensive piece of artwork, had survived the Cabot tornados. What did they think the KEEP OUT sign was there for, anyway? The piece had to be pricey and of significant importance, since it was featured on top of a pedestal column at the Biltmore Estate. Yes, my brothers were a walking disaster. It was no wonder, though. Their clumsiness combined with their muscular physiques made the right mix for disaster. 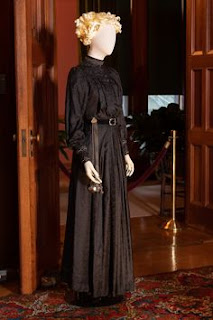 My family and I were currently touring the magnificent Biltmore mansion in Asheville, North Carolina. My family included my mother, father, grandmother, and two brothers. Now I questioned why I had agreed to come along with them for the tour. Obviously, I’d been wrong when I’d thought they could behave themselves, even for a short time.

My petite, gray-haired grandmother stood a good distance away from us, clinging to her brown pocketbook as if she might have to make a quick escape. Probably good thinking on her part. This wasn’t her first rodeo with this bunch.

My mother clutched her pearl necklace as if the jewelry would save her from fainting. I’d picked out the necklace that my father had given her for their thirtieth anniversary. She’d pretended she believed he’d chosen the pearls, but she’d winked at me, indicating that she thought I’d made a perfect selection. Sometimes when I saw my mother, it was like seeing my own reflection. The resemblance was uncanny, since we both have dark hair and big brown eyes the shade of one of my favorite things—decadent chocolate.

“I don’t know how I managed to get through over thirty years of this much chaos,” my mother said. 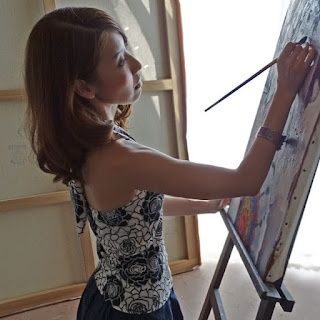 Are you ready to read Murder Can Haunt Your Handiwork?  Murder Can Haunt Your Handiwork is available from Amazon, B&N, Kobo, Google Play, and IndieBound.  You can find the other novels in A Haunted Craft Fair Mystery series here.  The 4th A Haunted Craft Fair Mystery is Murder Can Frost Your Donut which publishes September 28. Would you like to win a print copy (Sorry, but only open to those who live in the US) of Murder Can Haunt Your Handiwork?  You can enter here or use the Rafflecopter form below.  Do not forget to leave a comment for an extra entry.  Good Luck!  Thank you for joining me today.  I will be back on Monday with A Curious Incident by Vicki Delany.  It is the 6th A Sherlock Holmes Bookshop Mystery.  I hope that you have a creative day.  Take care, be kind, and Happy Reading! 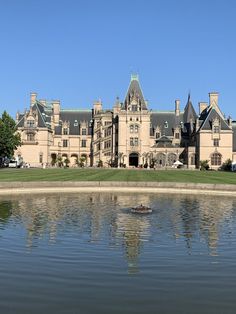 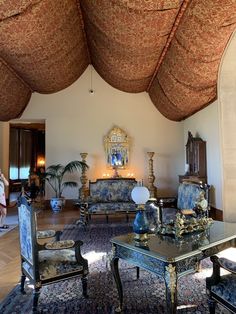 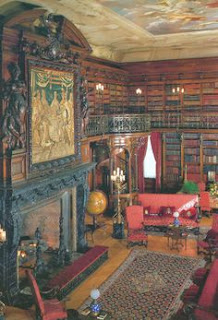 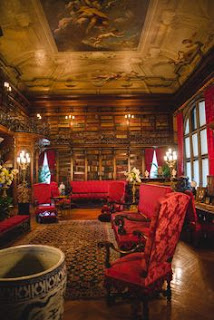 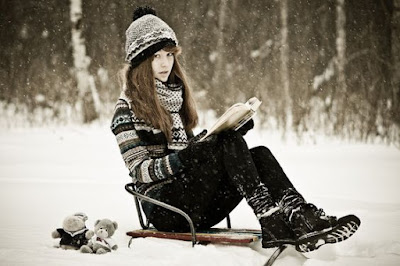