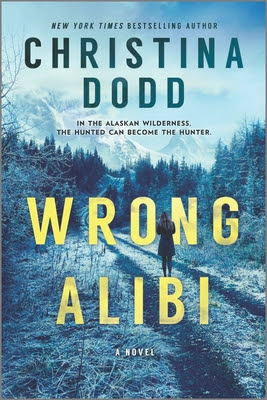 Wrong Alibi by Christina Dodd has Evelyn Jones hiding out at the Midnight Sun Fishing Camp in a remote part of Alaska after being convicted of the murder of a mother and small boy as well as embezzlement.  A twist of fate allowed Evelyn to escape but she suffered severe damage.  She is now going by the name of Petie and spends eight months of the year alone.  She uses the time in isolation to learn new skills which allows her to track down the man who set her up.  When someone close to her ends up in jeopardy, it is time for Evelyn to get justice for herself and the others the man has wronged. 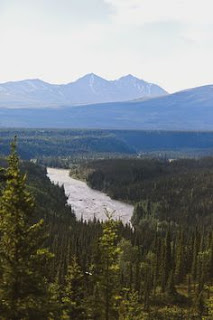 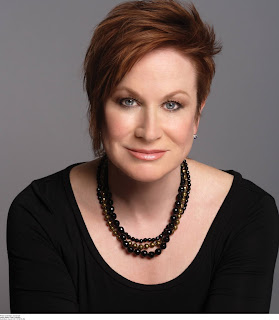 New York Times bestselling author Christina Dodd writes “edge-of-the-seat suspense” (Iris Johansen) with “brilliantly etched characters, polished writing, and unexpected flashes of sharp humor that are pure Dodd” (ALA Booklist). Her fifty-eight books have been called "scary, sexy, and smartly written" by Booklist and, much to her mother's delight, Dodd was once a clue in the Los Angeles Times crossword puzzle. Enter Christina’s worlds and join her mailing list at www.christinadodd.com. 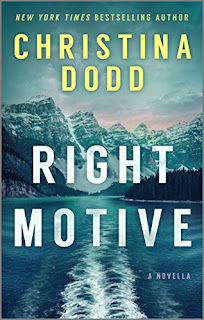 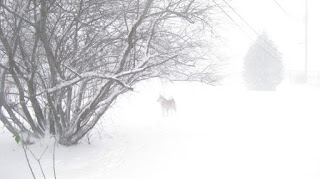 Wrong Alibi by Christina Dodd is the beginning of The Alaskan Mystery series.  I was eagerly anticipating reading this new suspense novel and I was not disappointed.  The characters are multifaceted, and the plot is complex.  Evelyn “Petie” Jones gets a chance to start over after serving time in a juvenile facility.  She is eighteen with limited options.  Evelyn is offered a job in Alaska and she takes it upon the advice of her counselor.  Unfortunately, Evelyn trusts the wrong person and ends up accused of a double homicide along with embezzlement.  Evelyn is convicted and sentenced to life in prison. A freak of nature allows Evelyn to escape and hide as Petie.  She will never be free, though, until she finds the man who set her up and prove he committed the evil deeds she has been convicted of committing.  Wrong Alibi is a captivating story.  It is a page turner that is full of twists, turns, and surprises.  I loved the intricate mystery as well as the action and tension.  This was a fun whodunit.  There are a variety of unique characters and I enjoyed the hint of paranormal.  I am eager to read the next book in this exciting new series.  Wrong Alibi is a stimulating story with a cunning con man, a unscrupulous sheriff, a deadly adversary, a cold climate, and a wrong woman. 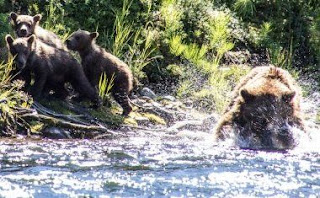 Five and a half hours a day when the sun rose above the horizon.

The hurricane-force wind wrapped frigid temperatures around the lodge, driving through the log cabin construction and the steel roof, ignoring the insulation, creeping inch by inch into the Great Room where twenty-year-old Petie huddled on a love seat, dressed in a former guest’s flannel pajamas and bundled in a Pendleton Northern Lights wool blanket. A wind like this pushed snow through the roof vents, and she knew as soon as the storm stopped, she’d be up in the attic shoveling it out. 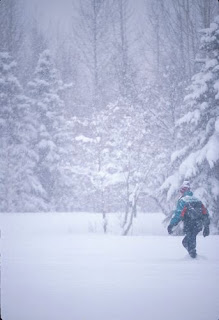 Or not. Maybe first the ceiling would fall in on top of her.

Who would know? Who would care?

The storm of the century, online news called it, before the internet disappeared in a blast that blew out the cable like a candle.

For a second long, dark winter, she was the only living being tending the Midnight Sun cabins and the lodge, making sure the dark, relentless Alaska winter didn’t do too much damage and in the spring the camp could open to enthusiastic fishermen, corporate team builders and rugged individualists.

Alone for eight months of the year. No Christmas. No New Year’s. No Valentine’s Day. No any day, nothing interesting, just dark dark dark isolation and fear that she would die out here. 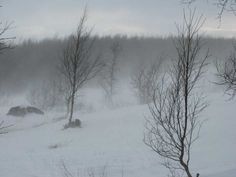 With the internet gone, she waited for the next inevitable event.

The lights went out.

On each of the four walls, a small, battery-charged nightlight came on to battle feebly against the darkness. Outside, the storm roared. Inside, cold swallowed the heat with greedy appetite.

Petie sat and stared into a dark so black it hurt her eyes. And remembered…

There, against the far back wall of the basement, in the darkest corner, white plastic covered…something. Slowly, Petie approached, driven by a terrible fear. She stopped about three feet away, leaned forward and reached out, far out, to grasp the corner of the plastic, pull it back, and see—

With a gasp, Petie leaped to her feet.

No. Just no. She couldn’t—wouldn’t—replay those memories again.

She tossed the blanket onto the floor and groped for the flashlights on the table beside her: the big metal one with a hefty weight and the smaller plastic headlamp she could strap to her forehead. She clicked on the big one and shone it around the lodge, reassuring herself no one and nothing was here. No ghosts, no zombies, no cruel people making ruthless judgments about the gullible young woman she had been. 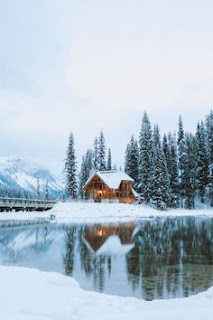 Armed with both lights, she moved purposefully out of the Great Room, through the massive kitchen and toward the utility room.

The door between the kitchen and the utility room was insulated, the first barrier between the lodge and the bitter, rattling winds. She opened that door, took a breath of the even chillier air, stepped into the utility room and shut herself in. There she donned socks, boots, ski pants, an insulated shirt, a cold-weather blanket cut with arm holes, a knit hat and an ancient, full-length, seal-skin, Aleut-made coat with a hood. She checked the outside temperature.

Colder now—forty below and with the wind howling, the wind chill would be sixty below, seventy below…who knew? Who cared? Exposed skin froze in extreme cold and add the wind chill… She wrapped a scarf around her face and the back of her neck. Then unwrapped it to secure the headlamp low on her forehead. Then wrapped herself up again, trying to cover as much skin as she could before she faced the punishing weather.

She pointed her big flashlight at the generator checklist posted on the wall and read:

Hawley’s reasons why the generator will fail to start. The generator is new and well-tested, so the problem is:

Solution: Change battery in the autumn to avoid ever having to change it in the middle of a major fucking winter storm.

The generator used a car battery, and as instructed, in the autumn she had changed it. This was her second year dealing with the battery, and she felt secure about her work.

So probably this failure was a loose connection or corrosion. Either way, she could fix it and save the lodge from turning into a solid ice cube that wouldn’t thaw until spring.

That was, after all, her job. 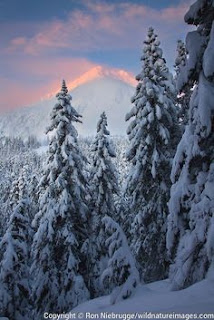 So much better than her last job, the one that led to her conviction for a gruesome double murder.

“Okay, Petie, let’s grab that metal battery cleaner thingy and get the job done.” Which sounded pretty easy, when she talked to herself about it, but when she pulled on the insulated ski gloves, they limited her dexterity.

Out of the corner of her eye, a light blinked out.

She looked back into the lodge’s Great Room. The nightlights were failing, and soon she really would be alone in the absolute darkness, facing the memories of that long-ago day in the basement.

She grabbed the wire battery connection cleaner thingy and moved to the outer door.

There she paused and pictured the outdoor layout.

A loosely built lean-to protected the generator from the worst of the weather while allowing the exhaust to escape. That meant she wasn’t stepping out into the full force of the storm; she would be as protected as the generator itself. Which was apparently not well enough since the damned thing wasn’t working. 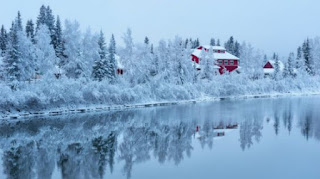 She gathered her fortitude and eased the outer door open.

The wind caught it, yanked it wide and dragged her outside and down the steps. She hung on to the door handle, flailed around on the frozen ground, and when she regained her footing, she used all her strength to shove the door closed again.

Then she was alone, outside, in a killer storm, in the massive, bleak wilderness that was Alaska. 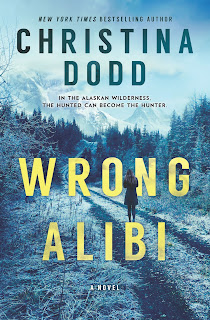 Wrong Alibi can be purchased from Amazon*, Harlequin, Books-a-Million, Barnes and Noble, Walmart, Google, Kobo, and iBooks.  You can find Christina Dodd's other novels here.  If you enjoy your visit to Rockin, Alaska in Wrong Alibi, check out Right Motive.  Thank you for reading my review today.  I will be back tomorrow with Neighbors by Danielle Steel.  I hope that each of you have a joyful day.  Take care, be kind, and Happy Reading! 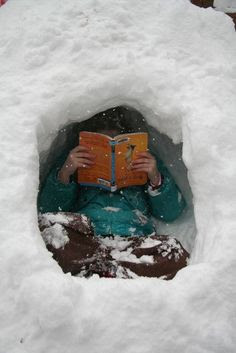