But Knot for Me by Betty Hechtman

But Knot for Me 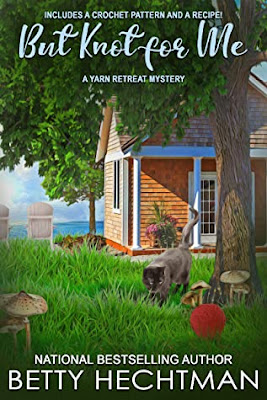 Book Summary
In a new Yarn Retreat Mystery from national bestselling author Betty Hechtman, Casey Feldstein has to face down a self-help guru who may have helped himself to murder . . .When a charismatic life coach and his devoted followers descend on Vista Del Mar, Casey Feldstein and the yarn retreat group she’s hosting literally get pushed aside, out of sight and out of mind of the struggling participants seeking enlightenment. But Casey can’t help overhearing the rancorous argument between two members of the guru’s staff, and when one of them turns up dead after ingesting poisonous mushrooms, Casey finds herself tangled up in a murder investigation while the self-help group looks on helplessly. 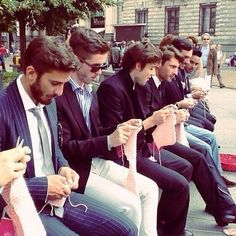 With rumors swirling that the victim was having an affair with the group’s leader and a host of potential suspects among her own eccentric yarn retreat group, Casey can only knit her brow at the complexity of the case. And when another staff member turns up dead and Casey narrowly escapes an early demise of her own, she knows she’ll have to unravel the clues quickly to catch a killer who may be feeling more empowered than even the guru intended . . .Includes a fun and easy crochet project and a mouthwatering muffin recipe! 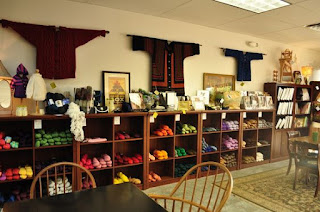 My Thoughts
But Knot for Me by Betty Hechtman has Casey Feldstein hosting another yarn retreat at Vista Del Mar.  Unfortunately, there seems to be a little snafu.  Kevin St. John got his dates mixed up and promised the whole facility to lifestyle guru, Jordan who is hosting one of his retreats.  Casey works out a compromise with Mr. St. John, but Jordan is none to pleased.  While Casey and her group are enjoying a delicious meal at the Blue Door, the Jordan group head out to forage for their dinner.  Casey later hears that a Jordan employee is dead after ingesting the meal.  Cloris, a hotel employee and friend, is afraid the blame will be placed on her since she was “supervising” the kitchen.  Casey is not going to let Cloris take the blame, so she begins asking questions.  When another Jordan employee turns up dead, Casey is not buying that both deaths were accidents.  Casey with help from her old detective employer, Frank digs deeper for information.  Someone is not happy with Casey’s sleuthing and attempts to silence her.  Casey will need to work quickly if she is going to solve the case before the retreat guests fly the coop. 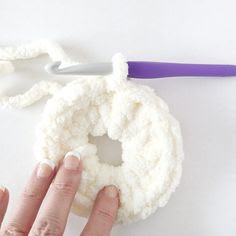 But Knot for Me is the 8th A Yarn Retreat Mystery.  It can be read as a standalone if you are new to the series.  I always enjoying visiting Cadbury by the Sea where Casey Feldstein lives and hosts her yarn retreats.  She also bakes for the local businesses.  I wish the town was a little more whimsical.  I think it is a shame they do not appreciate the cute names Casey wanted to give her baked goods.  Casey has been setting down roots, but she has not realized it.  She has settled into her inherited home, has a successful baking business as well as running the yarn retreats, has a cat, and a boyfriend.  Dane, Casey’s beau, needs to make her see this if they are going to move forward with their relationship.  I like most of the secondary characters.  Kevin St. John can be a pain, and Tag with his severe OCD was really getting on my last nerve by the end of the book.  I do not know how his wife puts up with him arranging and rearranging everything.  But Knot for Me is well-written with steady pacing. The mystery was fun to figure out.  It was well-done with misdirection, several suspects, and good clues.  I enjoyed piecing together the clues to figure out the identity of the guilty party.  There was a tense scene near the end that gave me the heebie jeebies.  I appreciated that the whodunit was completely wrapped up leaving me with no lingering questions. There is humor in the story as well especially with regard to Casey’s cat and his love for “stinky fish”. But Knot for Me is a relaxing story that was a joy to read.  There is a recipe and pattern for a scrunchie at the end.  I look forward to Casey’s next adventure.  But Knot for Me is a hair-raising tale with a magnetic guru, a culinary conundrum, a phone predicament, chancy challenges, a slithery twist, foul fish, and a mate date scrape. 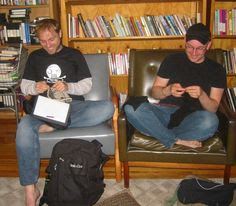 But Knot for Me can be picked up from Amazon*.  You can find the other A Yarn Retreat Mysteries here.  Check out Betty Hechtman's other novels here.  Thank you for visiting today.  I will be sharing my thoughts on Home to Stay by Loree Lough tomorrow.  It is the 2nd novel in A Little Child Lead Them series.  I hope that you have pleasant and safe day.  Take care, be kind, and Happy Reading! 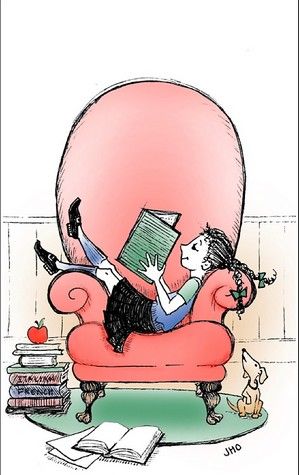