Slashing Through the Snow by Jacqueline Frost

Slashing Through The Snow 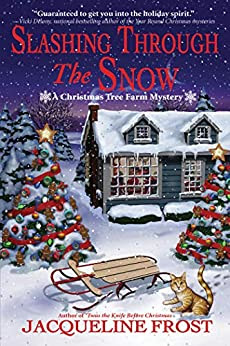 Reindeer Games Christmas Tree Farm is going into the B&B business, and Holly White is looking forward to her new role as innkeeper. Even better, Mistletoe, Maine's sheriff, Evan Gray, has deputized his little sister Libby to help Holly wrap presents for Mistletoe's toy drive. But a cold wind ruffles the cheery holiday decorations when a new guest checks in: Karen, a vicious B&B critic, who could make or break the new inn. And the short December days turn even darker when Evan and Libby find Karen's dead body in the gift-wrapped toy donation box.

The suspect list is longer than Santa's naughty list, and local resident Cookie is on it, since her fingerprints are all over the murder weapon, a metal nutcracker that she gave to Holly. So is Libby, who recently moved to town from Boston in less-than-savory circumstances. But cranky Karen was an oh-holy-nightmare to lots of the townsfolk, such as Evan's reporter friend Ray; Christopher, the inn's former contractor; and confectioner Bonnie, whose Gum Drop Shop was a direct target of Karen's scathing prose.

To figure out the killer's identity and clear Cookie's name, Holly and her friends brainstorm at The Hearth, the farm's café, while her mother keeps them fueled with Christmas goodies fresh from the oven. But if they can't put the culprit on ice, Holly may never see another Christmas. 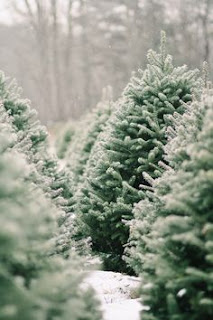 My Thoughts
Slashing Through the Snow by Jacqueline Frost has Holly White busy at the family inn, with the Reindeer Games, and the toy donations.  Christmas is rapidly approaching, and Holly must get all the toy donations wrapped by Christmas Eve.  She is also trying to keep Karen Moody, a critic for New England Magazine, happy so she will write a good article on the inn.  Holly arrives at the inn after dinner to wrap gifts to find an unexpected item in the toy donation bin on the front porch.  Someone has killed Karen Moody and they used the gift Cookie gave Holly as the murder weapon.  Cookie becomes Sheriff Evan Gray’s prime suspects.  Holly, despite being discouraged by everyone she knows, dons her sleuthing cap to clear Cookie.  The guilty party, though, is not happy with Holly’s snooping and attempts to warn her off.  Can Holly prove Cookie is innocent before Christmas and wrap up the killer for her beau? 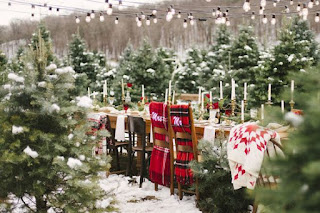 Slashing Through the Snow is the 3rd novel in A Christmas Tree Farm Mystery series.  It can be read as a standalone if you are new to the series.  I always enjoy visiting Mistletoe, Maine where the residents are friendly and there is plenty of Christmas cheer.  The White’s Christmas Tree Farm is a festive place where you can stay at the inn, eat at the Hearth, play in the twelve days of Reindeer Games, pick out a tree, go for a sleigh ride, and relax in front of the fire with delicious hot cocoa.  I find the characters to be varied and developed.  Cookie and Theodore add the quirky to the story.  Cookie’s antics had me laughing.  The mystery was well thought out.  I enjoyed following the clues in order to solve it.  There is misdirection and various warnings. The reveal was suspenseful.  The only thing I did not like was everyone telling Holly to stay out of the investigation.  They should have known that she would not.  I love the descriptions of Holly’s recycled glass candy jewelry.  Slashing Through the Snow will get in you in the holiday spirit with all the Christmas activities.  I thoroughly enjoyed reading the latest A Christmas Tree Farm Mystery and I cannot wait for the next one (I hope we do not have as long a wait).  Slashing Through the Snow is a jolly tale with gooey gumdrops, a teddy bear bonanza, rousing Reindeer Games, a caustic critic, a surfeit of toys, and a cheery Christmas. 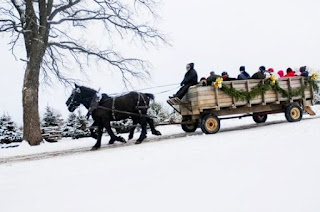 Slashing Through the Snow is available from Amazon*.  The other two novels in A Christmas Tree Farm Mystery series are Twelve Slays of Christmas and 'Twas the Knife Before Christmas.  You can find the authors other novels here.  Thank you for stopping by today.  Tomorrow I am featuring Here Comes the Fudge by Nancy Coco which is the 9th A Candy-Coated Mystery.  I hope that you had a fun Halloween and that you are not suffering from a sugar hangover today.  Take care of yourself, be kind, and Happy Reading! 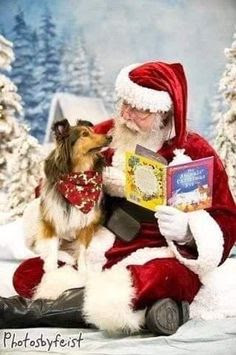