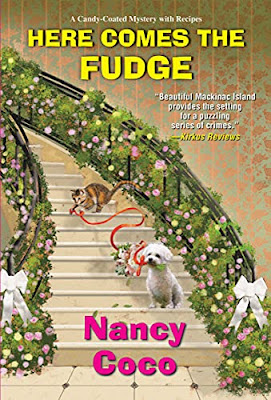 Book Summary
Fudge shop owner Allie McMurphy never expected her maid of honor duties to include clearing the groom of murder . . . THE BODY OF A CRIME It’s late spring on picturesque Mackinac Island, Michigan.  Allie is prepping her Historic McMurphy Hotel and Fudge Shop for the start of the tourist season and her best friend Jenn’s wedding. But when Jenn’s fiancé Shane, a crime scene investigator on the island, misses a dinner date, the two friends go looking for him. Led by Allie’s bichonpoo Mal into an alley, they come upon Shane standing over a body with a bloody knife in his hand. Shane won’t say what’s happened, just tells them to call 911. As the CSI is taken into custody by his colleagues, including Allie’s beau Rex Manning, the fudge maker vows to prove her friend’s fiancé is not a killer—before the ceremony turns into a jailhouse wedding . . . 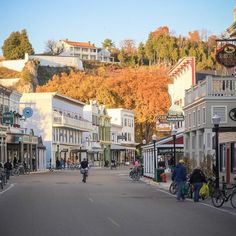 My Thoughts
Allie McMurphy is happy the renovations are finished on the McMurphy Hotel and Fudge Shop on Mackinac Island, Michigan.  Her best friend, Jenn is getting married in two weeks and Allie is the maid of honor.  When Shane, Jenn’s fiancé misses his dinner date with Jenn and fails to text or call, she becomes worried.  Allie, Jenn, and Allie’s bichenpoo, Mal head out to look for him.  They find Shane in an alley with a bloody knife in his hand standing over an obviously deceased gentleman.  Shane refuses to tell Jenn or Allie any information, and neither will Rex.  If there is going to be a wedding, it looks like it is up to Allie to prove Shane’s innocence. 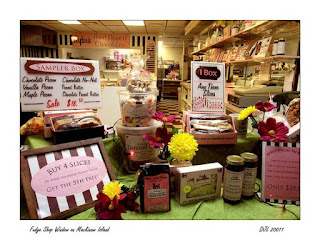 Here Comes the Fudge by Nancy Coco is the 9th A Candy-Coated Mystery.  It can be read as a standalone if you are new to the series.  Allie McMurphy is hotel owner and fudge maker extraordinaire.  Allie makes fudge fresh every morning and the descriptions will have your mouth watering.  Allie along with the secondary characters are developed and realistic.  The story is well-written, and it moved along at a steady pace.  In addition to the mystery, there is wedding planning, fudge making, taking care of the hotel, spending time with friends and her furbabies.  Rex and Allie’s relationship is currently at a standstill.  Harry Winston is in town and Allie spends some time getting to know the handsome bachelor.  I love the beautiful word imagery of Mackinac Island.  I felt transported to the island and could smell the yummy fudge.  The mystery was well thought out.  There is misdirection to keep you off the path of the guilty party.  I identified the guilty party early on, but I was curious as to why. I think many people, though, will be surprised by the killer’s identity.   I like how Allie employed the residents of the senior center to help her with the investigation.  I was frustrated with Shane and Rex.  Both men should know by now that they cannot keep Allie from investigating or Jenn helping her.   Here Comes the Fudge is an enjoyable cozy mystery.  I love visiting Mackinac Island and I am eager to return in A Midsummer’s Night Fudge next May.  Here Comes the Fudge is a fudgetastic tale with a body locator bichenpoo, a frustrating fiancé, prenuptial plans, fantastic fudge, sleuthing seniors, and a confusing case. 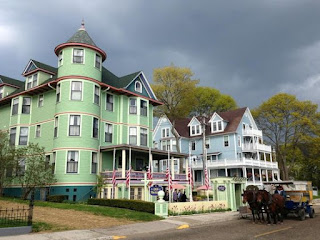 Here Comes the Fudge is available from Amazon*.  There are fudge recipes throughout the book (one for yummy sounding peanut butter fudge).  You can find the other A Candy-Coated Mysteries here.  The next A Candy-Coated Mystery is A Midsummer Night's Fudge which releases May 31, 2022.  You can find Nancy Coco's other novels here.  Thank you for joining me today.  I will be a stop on the Celebrate Lit Bloggers tour for The Amish Outcast's Holiday Return by Lacy Williams tomorrow.  I hope that you have a stupendous day.  Take care, be kind, and Happy Reading! 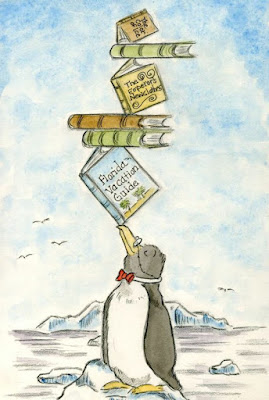