Stolen Ones by Angela Marsons 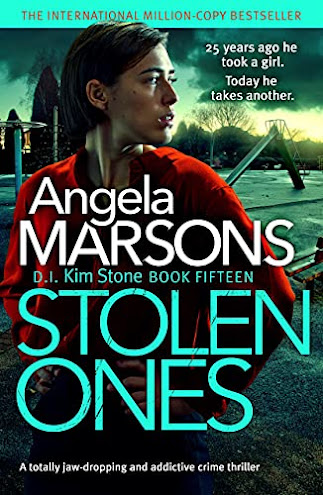 Stolen Ones
25 years ago he took a girl. Today he takes another.
One August afternoon, eight-year-old Grace Lennard skips into the garden of the childcare centre she attends and vanishes into thin air. Rushing to the scene of Grace’s disappearance, Detective Kim Stone finds a chilling piece of evidence: the engraved heart bracelet belonging to Melody Jones – the little girl who was taken from a playground exactly twenty-five years ago.
Hours before, Steven Harte had walked into Halesowen police station and confessed to having information that would lead Kim to Melody. And he told Kim she’d have a more urgent problem to deal with first. Now Kim must play Steven’s twisted game if she’s to find Grace alive.
With only twenty-four hours to make every second of Steven’s interrogation count, and scan his behavior for hidden clues, Kim and her team soon link Steven to the abduction of several vulnerable girls – two were kept for a year and then released, unharmed – but where are Melody and the others?
Then small bones are discovered in the grounds of a local park, and Kim fears the worst.
Kim may think she’s close to convicting a killer, but the case is about to get even more complex. Steven is hiding one final explosive truth and he’s not the only one. Dr Alex Thorne – the evil woman Kim did her best to keep behind bars is about to reveal a shocking secret to Kim that will hit her where it hurts the most. Kim knows she must put aside her own demons to save Grace and find the other missing girls in time. But can Kim untangle Steven’s web before any more innocent lives are lost?
An edge-of-your-seat thriller that will leave your heart in your mouth. You will be totally hooked on the utterly addictive, number one, multi-million-copy bestselling Detective Kim Stone series. 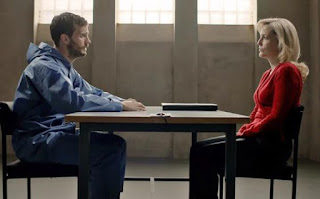 Stolen Ones by Angela Marsons is the 15th A Detective Kim Stone Crime Thriller.  While you can read each book as a standalone, I recommend reading the series in order.  It will allow you to understand the characters and what they have endured.  I cannot believe this is the fifteenth tale.  It seems like it was just last year that I discovered Silent Scream.  Stolen Ones is different from the other novels in this series.  In this case, the guilty party is known.  He walks into the police station and asks to speak with Kim Stone.  He claims to have information.  We get to interact with the guilty party and discover the motive.  It is about the psychology behind the person’s motives as well as analyzing body language, eye movements, etc.  Kim and her team are also dealing with a missing little girl.  To find her, Kim must play a sophisticated game of cat and mouse.  Kim must modify her behavior if she is to find the missing girl and put the guilty party behind bars.  Kim’s arch nemesis, Dr.  Alex Thorne is bothering her once again despite being locked up behind bars.  Alex has a plan, and she has spent time preparing it as well as obtaining what she needs to enact it.  Alex has uncovered a secret that she knows Kim would like to learn.  If Kim wants the information, she must do something for Alex in return. 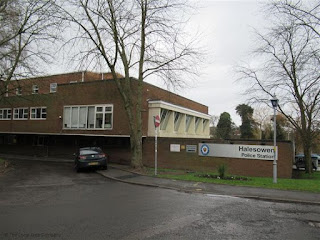 Stolen Ones is well written with developed, realistic characters.  I have enjoyed getting to know Kim and her team.  Kim is the focus of Stolen Ones.  The team is present busily doing their work and we get small snippets of Barney as well.  The author captures the setting of Halesowen.  She provides good descriptions of the various areas without being overly detailed.  I find the pace a little slower in the beginning with it picking up as the story progresses.  The mystery was fascinating.  I could feel Kim’s frustration in dealing with the bad guy.  He will only speak with Kim, and he has done his research.  Kim must alter her behavior and questioning style if she is to succeed.  It depends on how many mysteries you have read on whether or not you see the plot twist coming.  Stolen Ones is a compelling novel that will have you staying up late to see how it turns out.  I wanted to let you know that there is a significant amount of foul language in the story.  I am eager for the next Detective Kim Stone Crime Thriller.  Stolen Ones is a captivating crime novel with a missing moppet, a cold case, a wily wrongdoer, a true-blue team, a slippery psychiatrist, and a dedicated detective inspector.

Stolen Ones is out today and it is available from Amazon*.  You can find the other novels in the Detective Kim Stone Crime Thriller series here.  Follow Angela Marsons on Amazon to get updates on her latest releases.    Thank you for stopping by today and reading my review.  An Amish Baby for Christmas by Vannetta Chapman is planned for tomorrow.  It is 8th book in the Indiana Amish Brides series.  I am off to put the finishing touches on my Thanksgiving decorations outside.  I have my turkey inflatables set up, I have lights, and now I have cute little signs to put up.  Do you decorate the outside of your home for Thanksgiving?  I would love to hear from you (pictures are encouraged).  I hope that you have an upbeat day.  Take care, be kind, and Happy Reading! 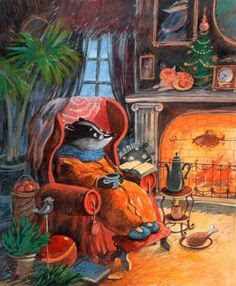