The Becoming by Nora Roberts 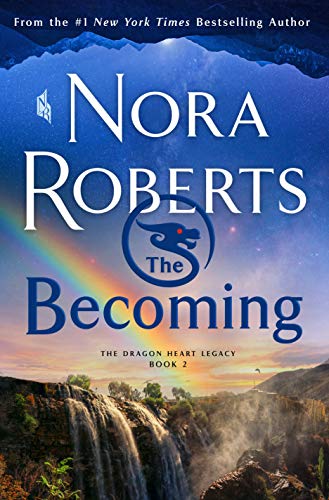 Book Summary
The world of magick and the world of man have long been estranged from one another. But some can walk between the two--including Breen Siobhan Kelly. She has just returned to Talamh, with her friend, Marco, who's dazzled and disoriented by this realm--a place filled with dragons and faeries and mermaids (but no WiFi, to his chagrin). In Talamh, Breen is not the ordinary young schoolteacher he knew her as. Here she is learning to embrace the powers of her true identity. Marco is welcomed kindly by her people--and by Keegan, leader of the Fey. Keegan has trained Breen as a warrior, and his yearning for her has grown along with his admiration of her strength and skills.
But one member of Breen's bloodline is not there to embrace her. Her grandfather, the outcast god Odran, plots to destroy Talamh--and now all must unite to defeat his dark forces. There will be losses and sorrows, betrayal and bloodshed. But through it, Breen Siobhan Kelly will take the next step on the journey to becoming all that she was born to be. 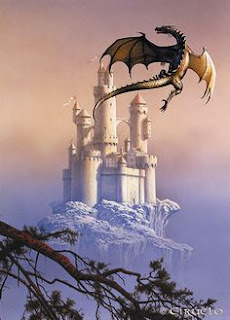 The Becoming by Nora Roberts is the second novel in The Dragon Heart Legacy series.  While The Becoming can be read as a standalone, I highly recommend reading The Awakening first.  I have read all of Nora Roberts’ novels, and, by far, this is my favorite series.  I opened The Becoming and I was immediately engaged.  I did not want to stop reading (but my dog was quite insistent that I cook his dinner as well as mu mother).  I have gotten down the fine art of cooking and doing dishes while reading (I have a holder in the kitchen to keep my e-reader safe).  Nora Roberts gave us a beautifully crafted tale with unique, developed characters, a special world, and mysterious magic.  I felt like I was pulled into the story.  I was there with Marco and Bollocks watching Breen train, seeing the Capital for the first time, and learning to cook with Marg.  I love the world of Talamh with the fae, dragons, the wise, and so many others.  The story just flowed from one chapter to the next.  There are some love scenes that bring the heat that will delight romance lovers, but there is one scene I wish had not been included.  It was too graphic and violent for my tastes.  I admit that I was put off by the amount of foul language.  I wish the characters had used creative swear words instead.  Breen is a dynamic character.  She has come a long way since her days of dying her gorgeous fiery red hair brown and wearing all beige.  Breen has come into her own.  Her magic is progressing quickly, her writing is going swimmingly, and she has Marco with her as well as Bollocks and her Gran.  Breen is a smart, determined woman who manages any obstacle in her path.  I love the relationships in this series.  Family and friendships are at the heart of the story.  Keegan cares for Breen, but he knows that the evil must be defeated before he can explore their relationship.  The ending left me eager for the next tale in The Dragon Heart Legacy.  The Becoming is a story of magic, love, heart, hope, and adventure.  You will go on an emotional roller coaster reading this action-packed fantasy.  The Becoming is a spellbinding story with daring dragons, a gamboling Bollocks, a giving grandmother, a feisty friend, a stalwart taoiseach, and a courageous key. 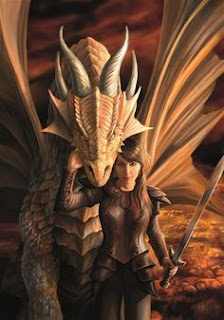 Are you ready to read The Becoming?  The Becoming is available from Amazon*.  The audiobook version is wonderful as well.  I enjoyed listening to the story while walking my dog (made me wish he wanted to go on a longer walk).  The first book in The Dragon Heart Legacy is The Awakening (kindle version currently on sale for $2.99 on Amazon--I do not know when the sale when end).  You can find Nora Roberts other novels here.  Thank you for joining me today.  Christmas with the Cornish Girls by Betty Walker releases tomorrow and I am going to share my thoughts about it then.  It is the 2nd novel in The Cornish Girls series.    I hope that you have an uplifting day.  Take care, be kind, and Happy Reading! 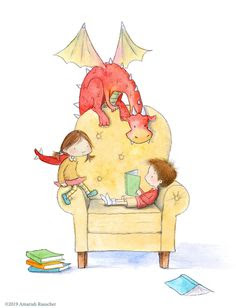