Blessed Be the Wicked: An Abish Taylor Mystery 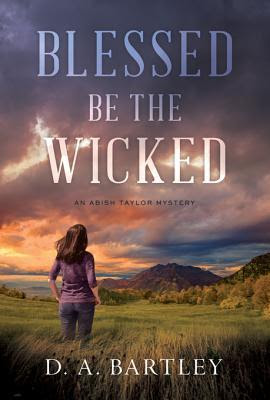 Happy Monday!  A Year of Extraordinary Moments by Bette Lee Crosby will be available on October 16.  It is the second A Magnolia Grove Novel.

Blessed Be the Wicked by D.A. Bartley is the first installment in An Abish Taylor Mystery series.  Abish “Abbie” Taylor is a widow who has moved back to her hometown of Pleasant View, Utah where she is the only detective in the town’s small police force.  Abbie is hoping to reconnect with her family who were less than understanding (except her brother, John) when she left the Church of Jesus Christ of Latter Day Saints (LDS).  Abbie’s newfound peace is shattered when she is called to an unusual murder scene.  The victim is wearing sacred temple clothes and killed according to an abolished punishment ritual called Blood Atonement.  Abbie dives into the case with her partner, Officer Jim Clarke, but she is thwarted at every turn.  Even her fellow officers attempt to hinder her investigation.  Church leaders do not want their secrets coming to light and the police chief is pushing for her to close the case, but Abbie wants justice for the victim.  Join Abbie as she follows the clues to catch a deadly killer in Blessed Be the Wicked.

Blessed Be the Wicked is a different type of cozy mystery.  It is set in Pleasant View, Utah where many of the citizens are members of the LDS.  The author provides readers with the inner workings of the church (the hierarchy, various committees, rituals).  It did seem that D.A. Bartley is not a fan of the church or its practices based on the criticism.  The details provided on the church slowed down the pace of the story and some of it was just baffling.  I did enjoy discovering the history behind the Mormon faith.  The author created a complicated mystery with a simple solution. The crime scenes are explained in graphic detail which is unusual for a cozy mystery.  The author has a descriptive writing style which allows me to visualize the scenes.  I did wonder at the overabundance of detail regarding high end clothing and accessories.  At the end of the book, I was left with unanswered questions (which is so frustrating).  I was never able to get into Blessed Be the Wicked, and I struggled to finish it.  Blessed Be the Wicked was not the right fit for me.  My rating for Blessed Be the Wicked is 3 out of 5 stars (it was okay).

Thank you very much for reading my review.  Tomorrow I am featuring As the Tide Comes In by Cindy Woodsmall.  May you have a day full of merriment.  Take care and Happy Reading! 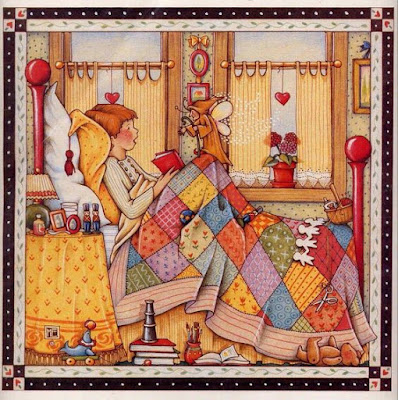