Through the Autumn Air: An Every Amish Season Novel 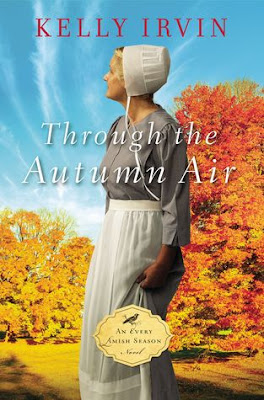 Hello!  A Deadly Brew by Lynn Cahoon will be out on September 4 along with Die Me A River by Denise Swanson.  Hitting the Book by Jenn McKinlay releases on September 11 (I cannot wait for this one).  Now is the time to start hinting for Amazon gift cards for Christmas.

Through the Autumn Air by Kelly Irvin is the third An Every Amish Season Novel.  Mary Katherine Ropp has been a widow for seven years and has just married off the last of her ten children.  Her family has been encouraging her to move out of the family home and into the dawdy haus at her eldest son’s home.  Mary Katherine has a vivid imagination which allows her to write creative stories plus she loves to read.  She has dreamed of opening a bookstore with her Englisch friend, Dottie Manchester.  However, the church elders prefer that Mary Katherine work in the Graber’s Amish-owned combination store.  Ezekiel Miller is a widower who owns the Purple Martine Café in Jamesport.   While he still misses his wife, Ezekiel is attracted to Mary Katherine.  There have been thefts at the local Amish homes.  The items stolen are not valuable monetarily, but they have sentimental value to the owner.  One-night Mary Katherine wakes up to a noise in her kitchen.  She finds a scruffy man assembling a sandwich.  Burke McMillan is a man who is lost spiritually after the deaths of his daughter and wife.  Mary Katherine fixes him a meal and allows him to bunk in the barn.  The next day she takes him to Ezekiel’s café where he gets a job as a cook and a place to live with Ezekiel.  Ezekiel and Mary Katherine see Burke as a project, but it could be that Burke was sent to help them.  Is it possible to get a second chance at love?  Are Ezekiel and Mary Katherine willing to risk their hearts?

While Through the Autumn Air is the third novel in the series, it can be read alone.  Each story focuses on a different character who has lost the love of their life.  The series is set in Jamesport, Missouri is a close-knit Amish community where everyone knows your business.  I thought Through the Autumn Air was well-written and had good pacing.  There are smooth transitions between sections as the point-of-view switches between Ezekiel and Mary Katherine.  I liked that the characters are older.  Mary Katherine is sixty years old, but she is not ready to sit in a rocking chair and knit.  She has raised ten children and they have provided her with twenty-seven grandchildren.  Her children (especially her oldest son Thomas) are trying to force changes on Mary Katherine along with Bishop Freeman and the church elders.  One of my favorite characters is Dottie Manchester.  She is a lively woman with an unusual style of dress.  It is lovely that Ezekiel likes Mary Katherine’s attitude (along with her creativity and curiosity) and does not want to change her (thank heavens).  Some of the Christian themes present in the book are God is in control, to have a strong faith, power of prayer, events happen in God’s timing, and accepting God’s will and plan for our life.  While I liked some aspects of Through the Autumn Air, I have others infuriating.  I did not like how Thomas, Bishop Freeman and the other church elders were trying to control Mary Katherine (I understand it is the Amish way and Mary Katherine states it is a woman’s lot in life to have men in charge).  They wanted to make her move out of her home of thirty-six years, tell her where she could work, who she could or could not go into business with, how she should react to situation, etc.  Mary Katherine is a grown woman who, as long as she is not hurting herself or breaking the law, should be able to manage her own life (I will quit ranting now).  I thought the name of the bookstore was clever along with the tagline (I do not want to spoil it for you).  There are some entertaining moments in Through the Autumn Air that had me chuckling.  One of my favorites is Mary Katherine riding in Tony’s rickety car.  My rating for Through the Autumn Air is 3.5 out of 5 stars.  Through the Autumn Air is sweet Amish novel with romance, mystery, humor, good food, and a love of books.

The first two novels in An Every Amish Season series are Upon a Spring Breeze and Beneath the Summer Sun.  Thank you for dropping by today.  Tomorrow I am sharing my thoughts on Cottage by the Sea by Debbie Macomber.  May you have a gleeful day.  Take care and Happy Reading! 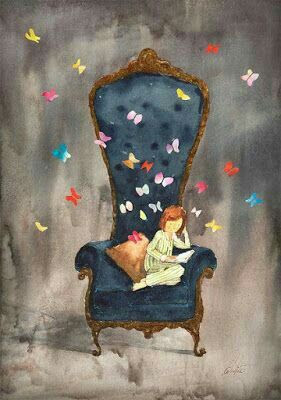