In the Dog House: A Dog Club Mystery 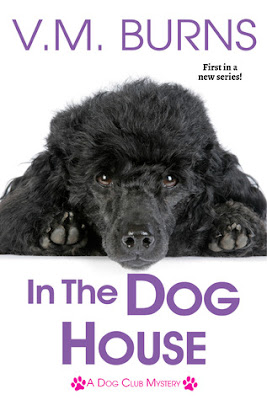 Hello!  Stabbed in the Baklava by Tina Kashian will be available on August 28 along with Dim Sum of All Fears by Vivien Chien, Goodbye Cruller World by Ginger Bolton and Died in the Wool by Peggy Ehrhart.

In the Dog House by V.M. Burns is the debut novel in A Dog Club Mystery series.  Lily Echosby is getting a divorce after being married for twenty-five years.  Her husband, Albert cheated on her with Bambi Love (I am betting that is not her real name).  After a disastrous divorce meeting, Lily meets Miss Florrie on the train home who gives her some excellent advice.  Lily reconnects with her old friend, Scarlett “Dixie” Jefferson from Chattanooga, Tennessee.  Upon hearing what Lily has been going through, Dixie arrives the next morning in her RV with her two Standard Poodles and an adorable toy poodle in need of a home.  Lily promptly adopts the endearing puppy and calls her Aggie (short for Agatha Christie).  The morning after a disastrous party to celebrate Albert’s grandmothers ninety-fifth birthday, Lily is surprised to find police on her doorstep.  Albert was shot by someone who broke into his residence during the night and he did not survive.  Since Lily’s alibi will not hold up in court (Aggie), she is the number one suspect.  Lily with the help of Dixie, Stephanie (her daughter), and David (her son) set out to find Albert’s killer.  When Lily’s next door neighbor is murdered, it leads to her being collared.  Can this foursome prove Lily’s innocence and keep her out of prison?  Orange is not Lily’s best color.

In the Dog House is a light-hearted, humorous cozy mystery.  I thought the story had a steady pace and I found it easy to read.  I wish, though, that the author had taken the time to develop her characters.  Since it is the first book in the series, I wanted more information on Lily (not just her immediate background).  It also would have been nice to have details on the town where Lily lived (I missed the small town feel).  A lot of time is spent on the day-to-day activities.  I do not need to know every little detail about Lily’s life (cooking, laundry, getting dressed, doing dishes, walking dogs).  The mystery is uncomplicated, and the solution was handed to readers on a silver platter.  There are limited number of suspects and the pointed clues make solving the crime a cinch.  There are cute dog antics and Aggie sounded adorable (I wanted her).  I liked that Lily used creative curse words (instead of real ones that offend me), but the same could not be said for Bambi Love.  There was a stakeout scene that included dogs that I found amusing.  In the Dog House is for the cozy mystery reader who prefers a light mystery with comical antics.  My rating for In the Dog House is 3 out of 5 stars.

If you are looking for a cozy mystery with dogs shows and sleuthing, check out A Melanie Travis Mystery series by Laurien Berenson.  I will be featuring Last Call by Allyson K. Abbott tomorrow.  I hope that you have a happy day.  Take care and Happy Reading! 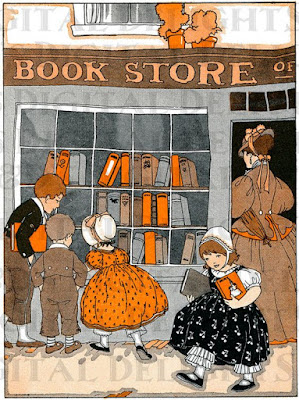