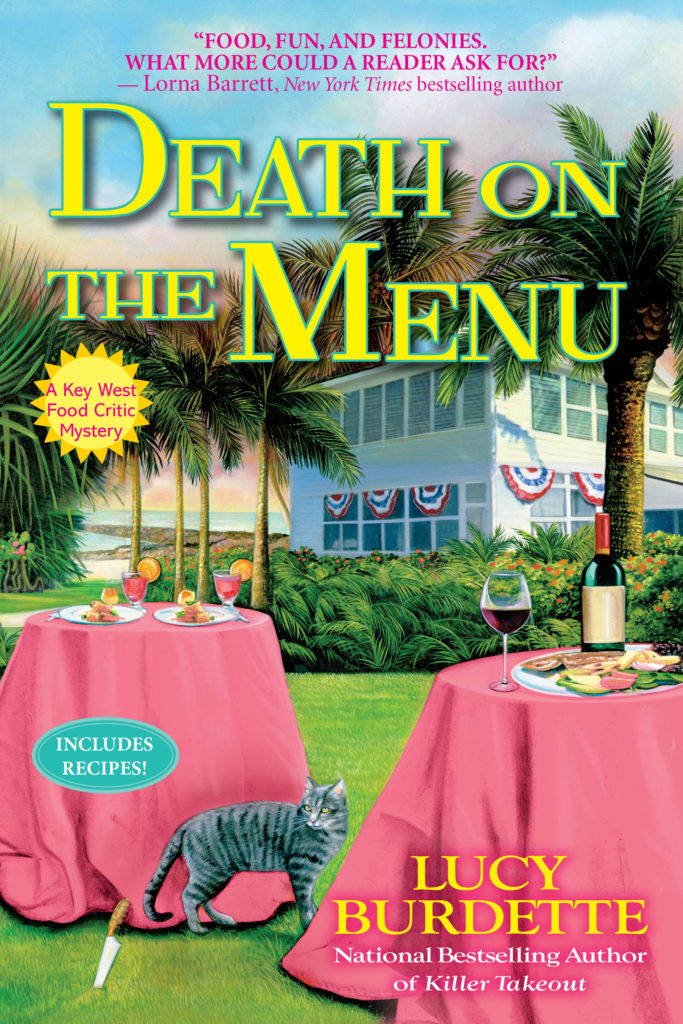 When a killer strikes just before flan time, beloved food critic Hayley Snow is forced to sniff out the killer before someone else bites the dust. Hayley Snow, fiery food critic for Key Zest magazine, has just landed a ticket to one of the most prestigious events in Key West: a high-brow three-day conference at the Harry Truman Little White House. Even though she’ll be working the event helping her mother’s fledgling catering business, there’s plenty of spicy gossip to go around. But just before her mother’s decadent flan is put to the test, Key West’s most prized possession, Hemingway’s Nobel prize gold medal for The Old Man and the Sea, is discovered stolen from its case. Unsavory suspicions point to Gabriel, a family friend and one of the new busboys working the event, who mysteriously goes missing moments later. Anxious to clear his name, Gabriel’s family enlists Hayley to help find him, but right as they begin their search, his body is found stabbed to death in the storeroom. Hayley has no shortage of suspects to interrogate and very little time before the killer adds another victim to the menu in national bestselling author Lucy Burdette’s delectable eighth Key West Food Critic mystery, Death on the Menu. 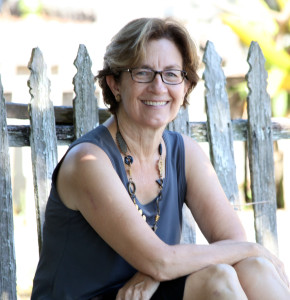 Clinical psychologist Lucy Burdette (aka Roberta Isleib) has published 16 mysteries, including the latest in the Key West food critic series, DEATH ON THE MENU (Crooked Lane Books, August 2018.) Her books and stories have been short-listed for Agatha, Anthony, and Macavity awards. She's a member of Mystery Writers of America and a past president of Sisters in Crime. She blogs at Jungle Red Writers and shares her love for food with the culinary writers at Mystery Lovers Kitchen She lives in Madison CT and Key West FL. Read more at www.lucyburdette.com.
​Author Links:


My Thoughts
Death on the Menu by Lucy Burdette is A Key West Food Critic Mystery.  Hayley Snow is helping her mother cater a three-day event at the Harry Truman Little White House in Key West, Florida.  Catering the Cuban/American conference is a coup for her fledgling business.  Nathan Bransford, Hayley’s boyfriend, would prefer if Hayley bowed out since it is a controversial event and protestors will be present.  On the first day of the event, Hemingway’s Nobel prize gold medal for Old Man and the Sea on loan from Cuba disappears.  It is the first time the medal has ever left Cuba and the Cuban delegates are outraged.  Despite searches of the house and staff, they are unable to locate it. That night as the flan is being served, Gabriel is found stabbed to death in the kitchen closet.  Gabriel’s family asks Hayley to investigate his death and get justice for the family by finding his killer.  Despite Nathan’s objections, Hayley plunges into the case.  Miss Gloria and Hayley are worried about the houseboat for sale next to them.  The last tenants were party hearty types that continually disturbed the residents of Houseboat Row.  Plus, Hayley has articles to write for Key Zest magazine and little time to sample the local Cuban cuisine for her critique.  Hayley is in for a busy weekend in Death on the Menu.

Death on the Menu contains good writing and engaging characters.  Lucy Burdette does a wonderful job at world building.  She includes various shops and sites in Key West.  Her descriptions bring the area alive.  I do not recommend reading Death on the Menu without having read An Appetite for Murder which will give you an introduction to Hayley, her friends, her job, and the area.  I liked the inclusion of Key West history and information about Ernest Hemingway (adds to the world building).  There are some lovely cozy moments in the story along with tasty food descriptions.  I am a fan of Miss Gloria and I envy the pair living on a houseboat (except when a hurricane is approaching).  I like Miss Gloria’s love of sequins (it is cute) and Hayley’s love of high top tennis shoes (I adore my Converse and have them in different colors/prints).  While I am not a fan of Nathan, he does do something at the end that puts him a better light.  I did feel that Death on the Menu is a slow starter and the pace throughout the book was slow.  The mystery was interesting, but I wish it had been more of a challenge to identify the guilty party.  I felt that some details were missing from the story (what is the mother’s name and the name of her catering business for example).  There are recipes included at the end.  They include Cuban roast pork, black bean soup, mojito cake and flan.  I thought the ending was sweet, romantic and upbeat.  Join Hayley Snow on her latest sleuthing adventure in Death on the Menu.

Death on the Menu will be available on August 7. Thank you so much for stopping in today.  Please take the time to visit some of the other stops on the Great Escapes Death on the Menu Virtual Book Tour (see below).  I will return tomorrow with my review of S'More Murders by Maya Corrigan.  It is the fifth book in A Five-Ingredient Mystery series.  I am off to await the cable installation people (lucky me).  Take care and Happy Reading!

August 9 – Escape With Dollycas Into A Good Book - REVIEW