Died in the Wool: A Knit & Nibble Mystery 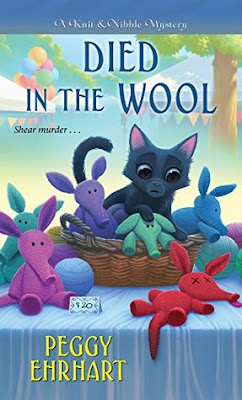 Good Day!  The First Love by Beverly Lewis and An Hour Unspent by Roseanna M. White come out on September 4.  Read and Gone by Allison Brook will be available on September 11.

Died in the Wool by Peggy Ehrhart is the second novel in A Knit & Nibble Mystery series.  Pamela Paterson along with Bettina Fraser have been selling knitted aardvarks at Arborfest all day with the proceeds to benefit the Arborville high school athletic program.  During the afternoon, Bettina noticed that two of the little knitted critters have gone missing and, as Pamela removes the canvas from around the table, she finds one of them—on top of a dead body someone stashed under the table.  The victim is local high school history teacher, Randall Jefferson who managed to rub many people the wrong way and angered many people for his critical op-ed regarding school sports programs.  When the knitting club members and their knitted creations become persona non grata, Pamela must work to unravel the clues.  After a search of Randall’s home, they come up with two likely suspects.  Someone is not happy with Pamela’s questioning and leaves her an unusual warning.  Pamela will not be deterred, and she soon uncovers the second missing aardvark along with another victim.  Can Pamela connect the clues and identify the wily killer?

Died in the Wool can be enjoyed if you have not read Murder, She Knit.  The author provided the necessary background on the main character and the knitting club.  I had some trouble getting into the book because I found Died in the Wool to be a slow starter.  They eat frequently in this book and the food is described in detail (the ingredients, how it is prepared, every item in the meal, sitting down to eat, etc.).  There are also detailed descriptions of plants as the various members maintain their perennial beds and purchase new plants.  Readers are also entertained with every outfit that Penny Patterson wears to work (she has an interesting wardrobe).  The group has a new member, Holly who is very perky.  I liked that she is knitting with larger needles and yarn (similar to roving).  The ruby red yarn that Pamela picked up for her new sweater sounded beautiful.  The mystery had Pamela and Bettina breaking into Randall’s home, questioning suspects, tailing thieves and tampering with evidence.  Any forensics that could have been obtained from the evidence was lost by the time this group was done with it.  There are pointed clues to aid readers in solving the crime and the killer can be pinpointed early in the book.  In Died in the Wool more time is devoted to food than the mystery and the murder mystery was lacking in substance.  I did get a good laugh when the cat in heat noises were described (it is very distinctive).  Pamela had no clue what the caterwauling indicated.  There is a knitting pattern at the end for a cozy cat and a recipe for strawberry shortcake.  I am giving Died in the Wool 3 out of 5 stars. If you are looking for a light cozy mystery with charming characters, then you should check out Died in the Wool.

The next A Knit & Nibble Mystery is Knit One, Die Two which comes out on April 30, 2019.  Thank you for stopping by today and reading my review.  I will feature Stabbed in the Baklava by Tina Kashian tomorrow as part of the Great Escapes Virtual Book Tour.  I hope you have a heartwarming day.  Take care and Happy Reading! 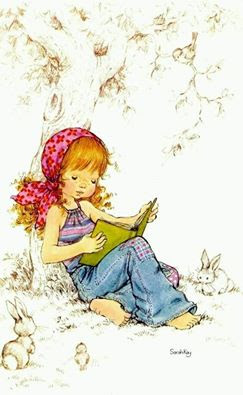