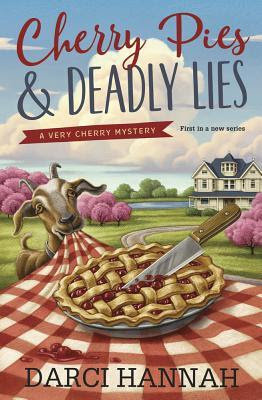 Happy Friday!  Are you ready for the weekend to start?  A Christmas by the Sea by Melody Carlson comes out on September 4. I look forward to reading her new Christmas book each year.  If you like to read historical mysteries, pick up A Tale of Two Hearts by Michelle Griep on September 1.  It is the second book in Once Upon a Dickens Christmas.

Cherry Pies and Deadly Lies by Darci Hannah is the first story in A Very Cherry Mystery series.  Whitney Bloom lives in Chicago, Illinois where after creating a disastrous Superbowl commercial, she finds herself blacklisted by ad agencies as well the laughingstock of the advertising world. To make ends meet, Whitney has started the online business Bloom ‘n’ Cherries! selling her baked cherry creations.  She has been corresponding with a man online who calls himself C-Bomb and seems to know Whitney from home town of Cherry Cove, Wisconsin. Whitney gets a frantic phone calls from her mother.  The manager of their orchard, Jeb Carlson has been murdered and her father, Baxter is the prime suspect.  Whitney rushes home where the annual Cherry Blossom Festival is in full swing and is dismayed when she finds that Jack MacLaren, her old high school nemesis, is in charge of the investigation.  Not trusting Jack, Whitney declares that she will find out who killed Jeb.  Whitney will have to deal with her past while sifting through the clues to identify Jeb’s killer.  Someone, though, is intent on destroying her families’ inn and reputation.  Can Whitney track down the culprit before it is too late?

Cherry Pies and Deadly Lies has a cute cover and I like the setting of Door County, Wisconsin.  The town sounds charming and the acres of cherry trees in bloom sounded beautiful (I would be sneezing up a storm with my allergies).  It was interesting to learn more about cherries and the running of an orchard.  To get through Cherry Pies and Deadly Lies, though, you need to suspend your disbelief (from beginning when we find out the content of the commercial to the end when Whitney shoots off a gun with no clue who she is shooting at).  The world in the book is not one in which normal people live.  My mother can enjoy these types of books, but I find myself annoyed, rolling my eyes and becoming exasperated (my mother states I lack a sense of humor).  I thought there was an absence of character development and the story rambles.  When Whitney is with her friends, she tends to act like a nincompoop.  She is told to keep certain key details about the murder to herself, and, within a short time, Whitney is telling her friends.  Whitney could be categorized as TSTL.  In the story, there is the cliché high school nemesis and, of course, the men who appeal to Whitney are “hunky”.  I found many items repeated throughout the book and speculation abounds.  The mystery is the best part of the book, but identifying the guilty party is a no brainer.  Cherry Pies and Deadly Lies needs rewriting and editing as well as proofreading.  As you can tell, I did not enjoy reading Cherry Pies and Deadly Lies (I had a rough time finishing this time and there was skimming involved).  I highly suggest that you pick up a sample for your e-reader and judge Cherry Pies and Deadly Lies for yourself.  My rating for Cherry Pies and Deadly Lies is 2 out of 5 stars (not for me).  Cherry Pies and Deadly Lies is Darci Hannah's debut cozy mystery.

I appreciate you stopping by today.  Tomorrow I am featuring The Girl on the Doorstep by Lindsey Hutchinson.  It is the fifth novel in A Black Country Novel series (each book in series can be read alone).  I hope that your day passes swiftly so your weekend may begin.  Take care and Happy Reading! 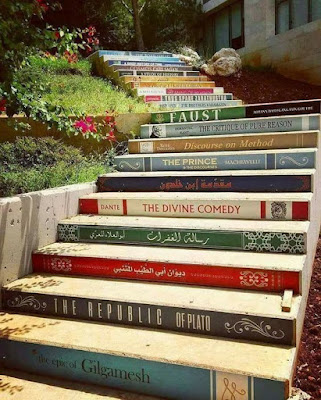