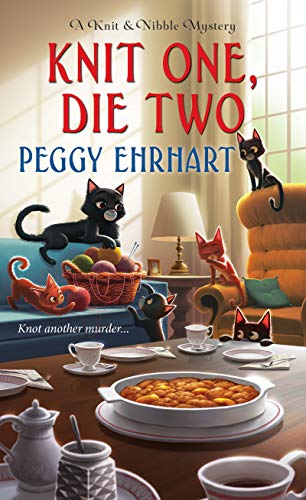 Welcome!  There are some delightful books coming out in the next few months.  I am going to be a busy reader.  The Brides of Big Valley by Wanda Brunstetter with Jean Brunstetter and Richelle Brunstetter will be out on June 4. Other books out on June 4 include A Patchwork of Clues by Sally Goldenbaum, The Number of Love by Roseanne White and The Book Supremacy by Kate Carlisle.  Mrs. Everything by Jennifer Weiner publishes on June 11 with Sweet Tea and Secrets by Joy Avon.  What will you be adding to your TBR pile? 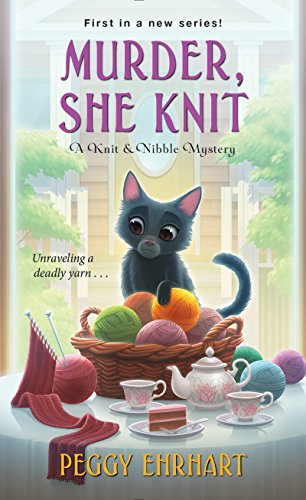 Knit One, Die Two by Peggy Ehrhart returns us to Arborville, New York in mid-September.  Pamela Paterson is hosting the latest Knit & Nibble meeting where Caralee Lorimer will be joining them.  Caralee is learning to knit for her role of Madame Defarge in A Tale of Two Cities with the Arborville Players.  Her catty behavior does not endear her to the members of the group.  Pamela notices bruises on Caralee’s arm and is told that some items fell on her in the auditorium storage room.  Later that evening, Pamela overhears Caralee and Craig Belknap, a fellow actor, arguing over the hedge.  The next day, Pamela hears sirens and find them at the auditorium where the actors are rehearsing.  Caralee was found in the storage room under a mound of furniture.  The police rule her death accidental, but Pamela has her doubts.  Pamela, with help from her best friend and neighbor, Bettina Fraser begins asking questions around town.  When Caralee’s knitting is returned to them, the group discovers names in Morse code.  Did Caralee discover something that led to her death?  When not working on articles for Fiber Craft magazine or taking care of Carina and her six rambunctious kittens, Pamela talks to the residents listed in the knitting.  Can they prove Caralee was murdered before the killer strikes again? 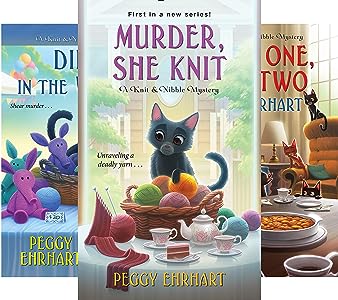 Knit One, Die Two is the third book in A Knit & Nibble Mystery series.  I do recommend reading the series in order since background information is lacking in Knit One, Die Two.  The book is nicely written, but I wish the pace had been livelier.  Peggy Ehrhart is a descriptive writer who goes into detail on cooking, baking, feeding the cats, clothing, going to the grocery, etc.   An example is “she added a few tablespoons of sugar to the flour mixture, then poured in melted butter and stirred until some of the flour mixture formed buttery lumps”.  This is just a portion of the paragraph describing Pamela making cobbler.  These types of descriptions are included for all the items cooked.  I would have liked more action in the book and less focus on everyday tasks.  I like the main characters of Pamela, Bettina, Wilford and the other members of the Knit & Nibble club.  They are a friendly bunch of people.  I did not understand Pamela’s obsession over when her neighbor would return from his out of town excursion.  She likes her new neighbor, Richard Larkin (though she does not want to admit it), but I did not feel it needed to be mentioned so frequently.   The mystery is lackluster.  Only Pamela believes Caralee has been murdered.  Pamela, with Bettina as her sidekick, question various people around town (food is usually involved).  The reveal of the killer is not a surprise nor is the murder weapon.  I wanted more focus on the mystery and less on food, kittens, grocery shopping, and chatting.  The kittens are adorable and add humor to the story.  The recipe for Pamela’s peach cobbler is at the end of the book along with a knitting pattern for a sachet.  For those readers who prefer laid back cozy mysteries with more cozy than mystery, you will find Knit One, Die Two enjoyable.  I just wanted a little more oomph. 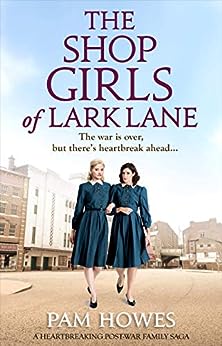 Silent Knit, Deadly Knit is the next book in this series and it comes out on October 29. Murder, She Knit and Died in the Wool are the first two books in A Knit & Nibble Mystery series.  If in doubt on a book, obtain a sample to see if it is the right fit for you.  Tomorrow I am going to review The Shop Girls of Lark Lane by Pam Howes.  I hope you have a relaxing weekend. Take care and Happy Reading! 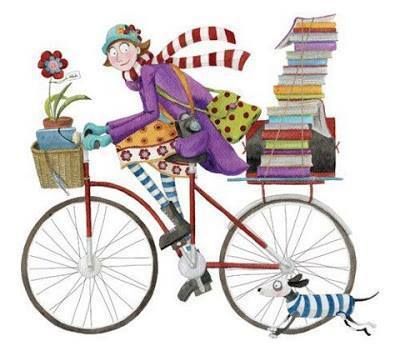