The Refuge by Ann H. Gabhart 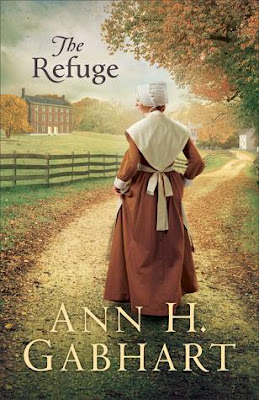 Greetings!  Southern Sass & Killer Cravings by Kate Young will be out on May 28 along with Crepe Expectations by Sarah Fox.  Rebekah's Quilt by Sara Harris releases on May 31.  Hitches, Hideouts and Homicide by Tonya Kappes is available on June 4.  It is the seventh A Campers & Criminals Cozy Mystery.  Is there an upcoming release you are looking forward to reading?
The Refuge by Ann H. Gabhart begins in October of 1849 in Harmony Hill, Kentucky.  Darcie and Walter Goodwin joined the Shaker community to evade cholera which is sweeping through the area.  The Shakers have been fortunate not to have been affected by the horrible disease.  It was supposed to be a temporary stay for them since they are unable to live as husband and wife.  Unfortunately, Walter dies when a steamboat explodes.  Since Darcie has no other alternatives, she stays with the Shakers even though she does not embrace their beliefs.  Darcie is pregnant which unnerves the Shakers since they find marriage to be sinful and believe it creates disharmony.  Darcie makes friends with the other ladies in her room and they form a close bond.  Darcie prays for a solution to her dilemma because she knows that her baby will not be allowed to stay with her once it is weaned.

Flynn Keller lives his headstrong daughter, Leatrice on his father-in-law’s (Silas Cox) farm.  Both men lost their wives in recent years, leaving them to raise Leatrice.  They are worried about Leatrice who seems to rush headlong into danger just like her mother.  Silas suggests Flynn join the Shakers for a time to provide structure for Leatrice, but Flynn knows he will not be able to keep his daughter with him at Harmony Hill.  Flynn encounters Darcie while working with a horse for the Shakers.  He is captivated by the beautiful woman and Leatrice takes to Darcie right away.  But then Silas makes an impulsive decision that endangers them all.  What does God have in store for Darcie, Flynn, Silas and Leatrice?

The Refuge is a well-written novel that proceeds at a gentle pace.  I could tell that Ann H. Gabhart has done her research into the Shakers.  It was interesting to learn about the Shaker community and their beliefs.  I was surprised to learn that the correct name for them is Believers in the Second Coming of Christ.  It is outsiders who labeled them Shakers.  It is not a religion that would suit every individual especially since men and women are kept separate and not allowed to raise their own children.  They did have a strong work ethic and thriving villages.  The characters were developed and realistic.  I liked that there are characters who have differing viewpoints (those that embrace the Shakers and those that do not) and a variety of ages.  I liked the friendships that developed between Darcie and her roommates.  Faith is woven into the story making an integral part of The Refuge.  The Shakers might have a different ideas, but they believe in God like all Christians.  Leatrice was a delight.  She was a precocious little girl who lit up the story along with the two babies.  The Refuge is not a straightforward romance which I appreciated.  There is intrigue, friendships, kittens, childhood drama, faith, a depressed horse, and love. The ending is sweet and heartwarming.  There is one phrase from The Refuge I wanted to share.  It is “take each day as it comes with the blessings and trials it brings, for the Lord only promises us this day”.  The Refuge provides an insightful look into the Shakers and those who sought refuge with them.

The novels in Ann H. Gabhart's The Shaker series are The Outsider, The Believer, The Seeker, The Blessed, and The Gifted.  Thank you for stopping by today and reading my review.  Tomorrow I will be participating in a blog tour for Southern Sass & Killer Craving by Kate Young.  I hope you have joyful day (better to laugh than to cry).  Take care and Happy Reading! 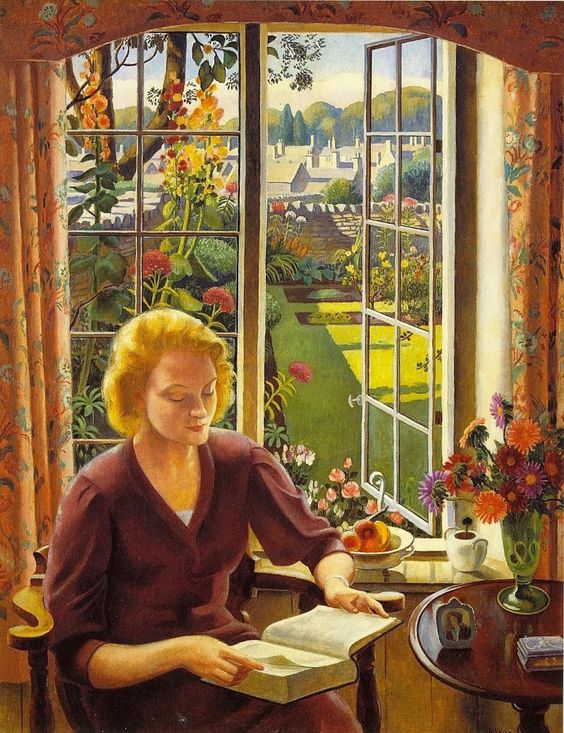