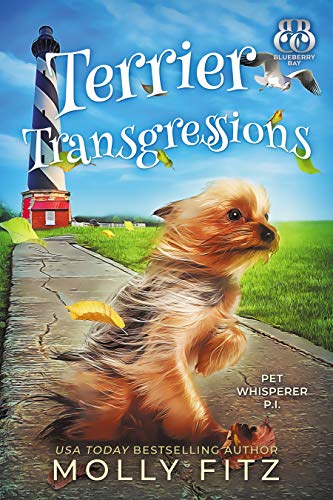 Welcome!  Blessing in Disguise by Danielle Steel will be out on May 7 along with Diggin' Up Dirt by Tonya Kappes and A Welcome at Our Door by Amy Clipston.  My Ex-Best Friend's Wedding by Wendy Wax releases on May 14. 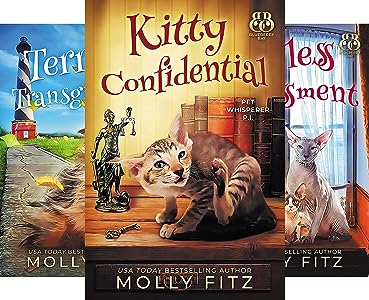 Terrier Transgressions by Molly Fitz has readers returning to Blueberry Bay, California.  Angie Russo is a paralegal at Thompson and Associates where Mr. Thompson has hired the handsome (in Angie’s opinion) lawyer, Charles Longfellow III.  The office is deserted when Angie gets a call from Octo-Cat who is unnerved that there is a fly in is Evian and he wants Angie to come home right away to deal with the situation (he is a tad bit spoiled).  Angie is so busy talking to Octo-Cat on her iPad that she does not notice Charles come up behind her.  In order to keep her special gift a secret, Charles wants her help on his latest case.  Brock Calhoun is accused of murdering Ruth and Bill Hayes.  Public opinion is against Brock and it does not help that a certain local reporter (aka Angie’s mother) will be doing an hour long special on the crime.  Charles has a witness that he wishes Angie to question—Yo-Yo, the Hayes’ Yorkshire Terrier.  Angie needs Octo-Cat’s assistance in talking to the hyper little pup who has the gall to lick the persnickety canine on his face.  Unfortunately, Yo-Yo has blocked his parents murder and is unaware of their passing.  Angie decides to do a little digging and enlists Nan’s assistance.  Nan’s acting talents and charm come in handy in getting people to open up to them.  Angie cannot believe what her life has become since she was shocked by the coffee pot.  Will Angie, Charles, Nan, Octo-Cat and Yo-Yo be able to prove Brock’s innocence? 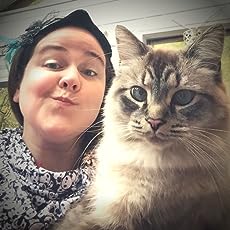 Terrier Transgressions is the second hair raising tale in the Pet Whisperer PI series.  Angie Russo was shocked when she plugged in an ancient coffee pot and woke up being able to talk to Octo-Cat.  Angie and Octo-Cat have settled into a routine which basically means Angie giving into the cat’s numerous demands (he has his own iPad).  I thought Terrier Transgressions contained good writing and moved along at a fast clip.  I like Molly Fitz’s engaging writing style.  While Terrier Transgressions can be read alone, I recommend reading Kitty Confidential first.  Terrier Transgressions is a humorous cozy mystery that will have you laughing from the first chapter to the last.  Octo-Cat plus Nan provide witty commentary and they are such over-the-top characters.  I loved Octo-Cat’s reaction to the harness and leash that Angie purchased.  My favorite line from Terrier Transgressions comes from Octo-Cat who says, “I am a cat, not a common mouth breathing dog.”  You can certainly tell Octo-Cat’s opinion of dogs.  The ending left me chuckling and eager to pick up Hairless Harassment (will be available on May 30). 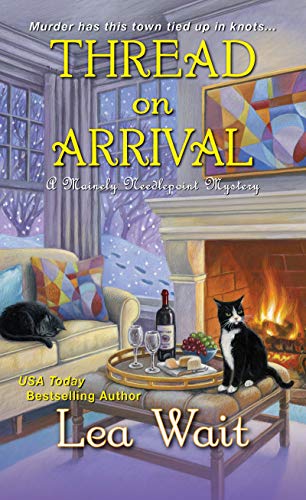 Terrier Transgressions is available on Amazon and is part of Kindle Unlimited (my mother loves this program).  Thank you for stopping by today.  I will feature Thread on Arrival by Lea Wait next time.  I hope you have a relaxing day.  Take care and Happy Reading! 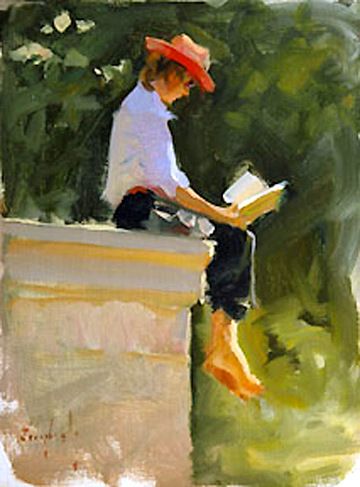