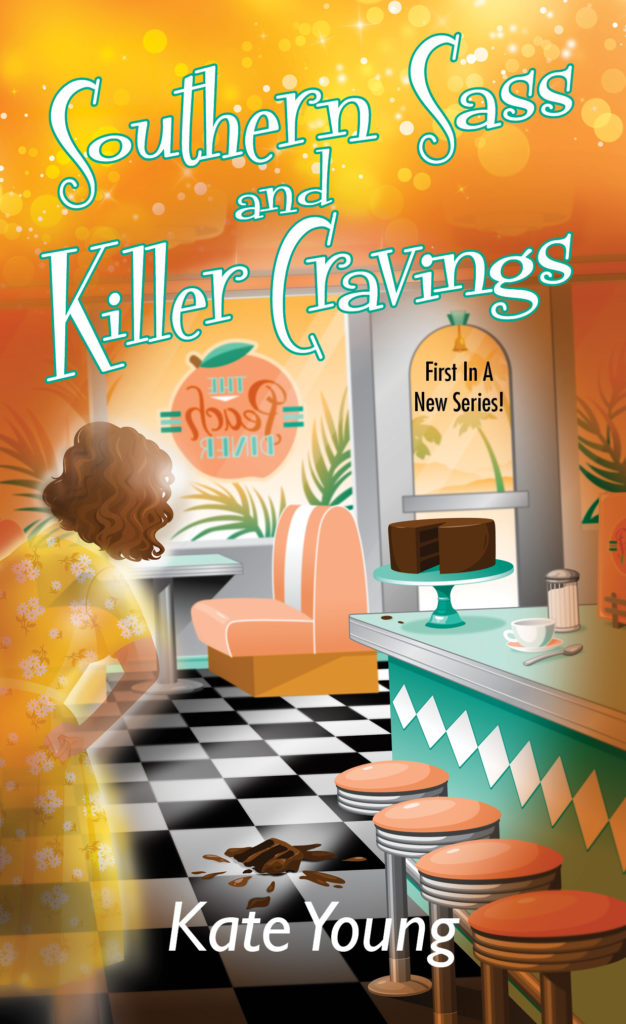 Life has always been sweet on Georgia’s Peach Cove Island, but a case of murder has Marygene Brown down in the pits . . .

For generations, the women of the Brown family on Peach Cove Island have been known for their Southern sass and sweet homemade desserts at their beloved Peach Diner. Since their mother's passing two years ago, Marygene has been stuck in Atlanta while her sister Jena Lynn has been running the family business. Now Marygene has left her husband and returned to her hometown, where she can almost feel Mama's presence.

But all is not peachy back home. Marygene has barely tied on an apron when a diner regular drops dead at the counter. When it turns out the old man's been poisoned, Jena Lynn is led away in handcuffs and the family eatery is closed. Now, to save her sister and the diner, Marygene must find the real killer. With some startling assistance from her Mama's spirit, Marygene will be serving up a special order of just desserts . . .

The author is hosting a pre-order giveaway!  CHECK IT OUT HERE! 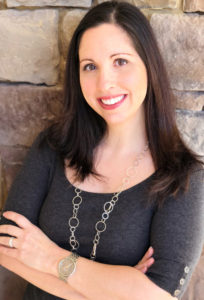 Kate Young writes humorous southern mystery novels. She is a member of Sisters in Crime and the Guppy Chapter. Kate lives in a small town in Georgia with her husband, three kids, and Shih Tzu. When she is not writing her own books, she's reading or cooking. 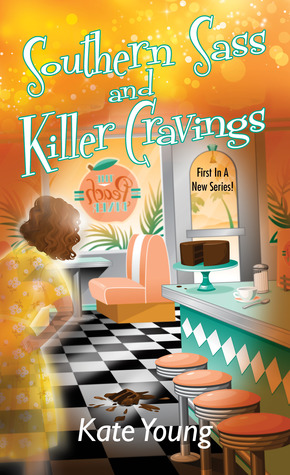 
Southern Sass and Killer Cravings is set on a small island off the Georgia coast called Peach Cove.  The Peach Diner was started by Marygene’s grandmother, Nanny after her husband gambled and drank away their money.  Marygene has a natural talent for cooking and baking.  She knows what is needed to elevate a dish and how to fix a wonky recipe.  I thought Southern Sass and Killer Cravings was nicely written and it moved along at a steady pace.  I liked the author’s conversational writing style which made the story easy to read.  Southern manners and hospitality are the code in the South.  Southern women are polite and always have sweet tea ready for guests (even if they are unwelcome).  I liked that Marygene is a friendly yet flawed character (realistic) who has gotten herself out of a bad marriage.  She has made mistakes and knows that she needs to make amends (to family and friends).  There are an assortment of characters in the story that include Marygene’s sister, her half-brother, biological father, shop owners, residents, a reporter, and land developers.  Betsy Myers, Marygene’s best friend, is over-the-top and boisterous (she is quite a characters).  With Carl Ledbetter’s father dead, he is ready to let developers buy the land he inherited for high rise condos and a resort.  Other residents do not want this type of development which leads to animated debates.  There is plenty of action throughout the story, but I could have done without the repetition of case details.  The mystery was mixed for me.  The method of murder and the killer’s identity are easily discerned by avid cozy mystery readers.  It was interesting, though, following the investigation to learn more about the victim and why he was killed.  There are two potential love interests for Marygene.  Personally, I thought it was too soon for Marygene to move on after her abusive marriage (she still had bruises on her neck).  There is mild foul language in Southern Sass and Killer Cravings and references to the abusive Marygene suffered.  My favorite phrase from the book is “the past always has a way of coming back and biting you in the keister” (so true).  There are recipes from The Peach Diner included at the end.  Southern Sass and Killer Cravings is a humorous cozy mystery that is perfect to read on the front porch in a cozy rocking chair with sweet peach tea on a table nearby.  Southern Sass and Killer Cravings has Southern hospitality, friendship, sweet tea, gossip, tasty treats, a dead man, secrets, an island spirit and a new amateur sleuth. 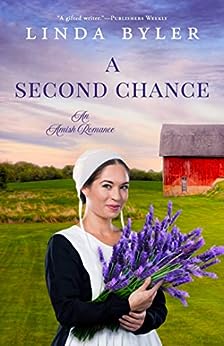 Southern Sass and Killer Cravings comes out on May 28 and can be purchased at Amazon, B&N, Kobo, Indie Bound, ibooks, and BAM.  Do not forget about the pre-order contest giveaway.  Click here for more information and to enter.  Do not forget to visit the other stops on the tour for author interviews, recipes, and reviews (schedule below).  Thank you for stopping in today and reading my review.  I  will share my thoughts on A Second Chance by Linda Byler tomorrow.  I hope that you have a splendid day.  Take care and Happy Reading!

May 18 – View from the Birdhouse – SPOTLIGHT

May 19 – Cinnamon, Sugar, and a Little Bit of Murder - REVIEW, RECIPE POST WITH PICTURES

May 20 – The Pulp and Mystery Shelf – SPOTLIGHT

May 22 – Reading Is My SuperPower – REVIEW

May 22 – 4covert2overt ☼ A Place In The Spotlight ☼ - SPOTLIGHT

May 22 – Read Your Writes Book Reviews - RECIPE POST WITH PICTURES

May 24 – Christa Reads and Writes – REVIEW 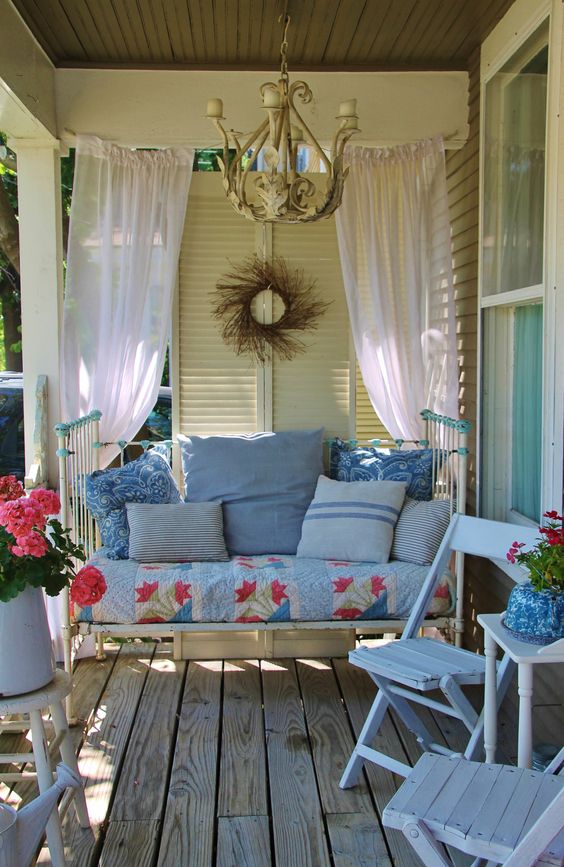 My type of porch!
Posted by Kris Anderson, The Avid Reader at 12:00 AM