Arriving from Arkansas by Elisa Keyston 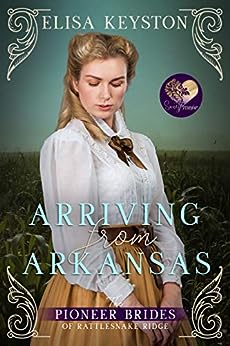 It is hard to believe that this is the last day of May.  The month went by so quickly for me.  Bewitched and Betrothed by Juliet Blackwell releases on June 25.  It is the tenth novel in A Witchcraft Mystery series starring Lily Ivory.  I was fortunate to get a copy through First to Read (which, unfortunately, is being discontinued).  Toxic Toffee by Amanda Flower also comes out June 25.  It is the fourth book in An Amish Candy Shop Mystery series featuring Bailey King.  Is there a book you are looking forward to reading this summer? 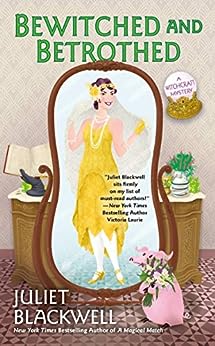 Arriving from Arkansas by Elisa Keyston takes readers back to August of 1870.  Josephine “Josie” Lane is traveling to Rattlesnake Ridge, Nevada where she has obtained a position as cook at Miss May’s boardinghouse.  This job will allow her to search for the silver vein her uncle had discovered before he became ill.  He wrote down everything in his journal for Josie and she is determined to find the mine to change her circumstances. 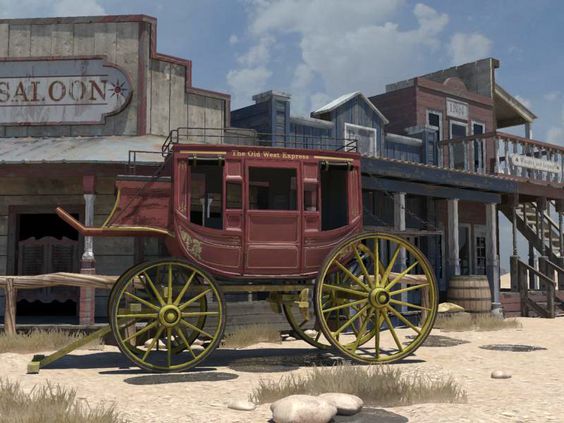 Jim Griffin is traveling on the same stagecoach as Josie and they chat while traveling.  He can tell that Josie is hiding a secret because he has one of his own.  Jim will be working as foreman at the lumber mill while he checks out a lead on the elusive fugitive, Ezra Boucher.  As a deputy U.S. Marshall, Jim has worked numerous assignments, but this one is personal.  Boucher killed Jim’s brother, Will and he has been hunting this killer for the last four years.  Josie is a distraction Jim cannot afford, but he cannot help but be drawn to her.  Circumstances keep putting Josie in Jim’s path and he is beginning to have thoughts of settling down with the blonde cook.  Unbeknownst to them, danger is lurking nearby.  Is there a happily ever after in their future? 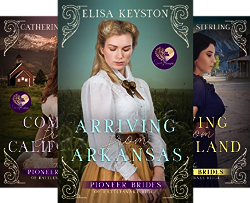 Arriving from Arkansas is a cute story and it had me smiling frequently while I read it.  I thought Arriving from Arkansas was well-written with realistic characters.  Josie and Jim have secrets which adds depth to the story.  I like that we have our heroes and our villains as is needed in a story set in this time period and locale.  Josie is an entertaining character and I liked her naivete (normal for a woman of her age and from a small town).  She is trying to improve her circumstances which I admire.  Jim is a dashing hero who wants justice for his murdered brother.  Mrs. Adeline Brown is a delightful woman.  She is a force of nature, but Adeline has people’s best interests in mind.  I like the two mysteries with Josie hunting for the silver and Jim looking for his brother’s killer.  It adds intrigue and complexity to the story.  There is humor in Arriving from Arkansas from Josie’s various antics.  I could relate to her burning the bread because she became engrossed in a book (I have had similar incidents).  My favorite phrase came from Reverend Brown who said “This world isn’t the whole story.  It’s just the pale prologue.”  I like that Arriving in Arkansas is a clean wholesome Christian novel that could be read by anyone from 13 to 103. I am eager to read the rest of the books in the Pioneer Brides of Rattlesnake Ridge.  Arriving from Arkansas is a charming historical novel with a lovely cook, a handsome deputy U.S. Marshall, a wily killer, a nosy journalist and a hidden silver mine. 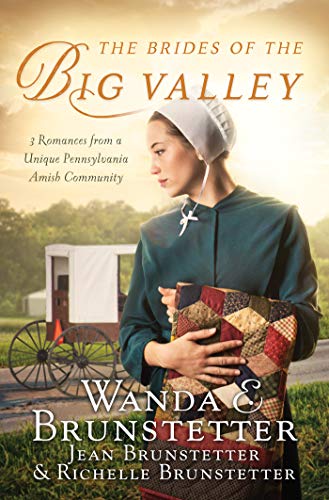 Arriving from Arkansas is available on Amazon and is on the Kindle Unlimited.  You can find a complete list of the books in Pioneer Brides of Rattlesnake Ridge series here. I will be sharing my review of The Brides of the Big Valley by Wanda E. Brunstetter, Richelle Brunstetter and Jean Brunstetter tomorrow.  Three Amish romances in one book.  I hope you have a lovely day.  Take care and Happy Reading! 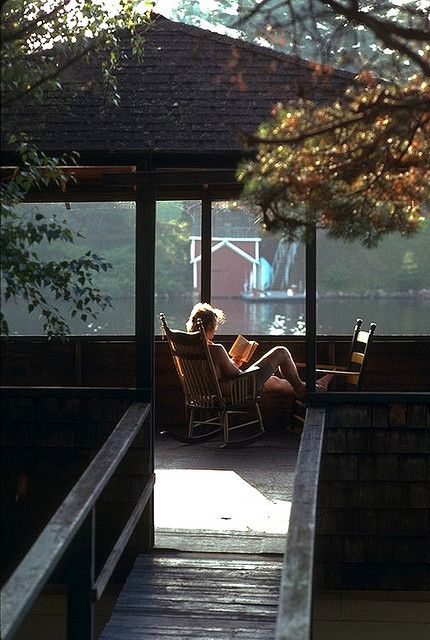